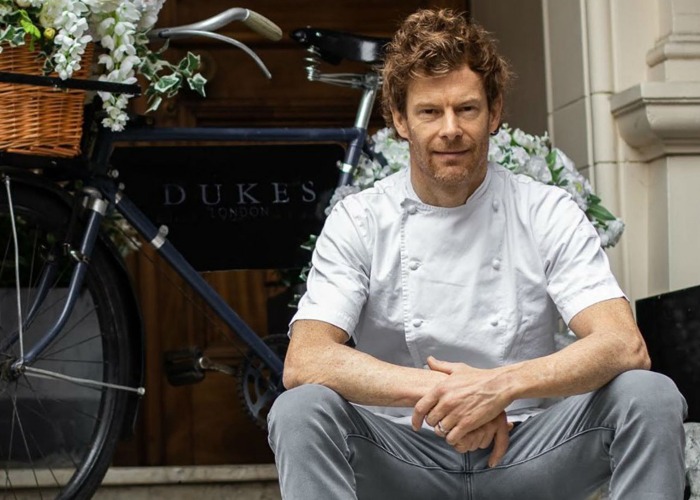 Gaining two Michelin stars at a young age propelled British chef Tom Aikens to the top of his culinary game – and with six restaurants under his belt, he plans to stay there.

"There's a lot to achieve in cooking," says Tom Aikens, as I catch up with him in his stylish Chelsea restaurant, Tom's Kitchen. Taking a break from whipping up his classic British cuisine, the 49-year-old hands-on chef is unexpectedly humble for a man who scooped two Michelin stars at the age of 26, making him the youngest Brit to do so.

What I quickly learn, though, is his strong desire to push himself further, and nothing is more evident than the announcement of his latest project – a new boutique restaurant called Muse, which opens in December in Belgravia. Muse will be Tom's sixth restaurant (his second in London), with three in Abu Dhabi (Market at Edition, Oak Room and Alba Terrace also at the Edition Hotel) and one in Dubai (Pots, Pans & Boards), all adding to his impressive portfolio. But the international takeover doesn't stop there, Tom's also launching a restaurant and deli in Doha next year.

But how did it all start? A young lad from Norfolk with dreams and determination, that's how... 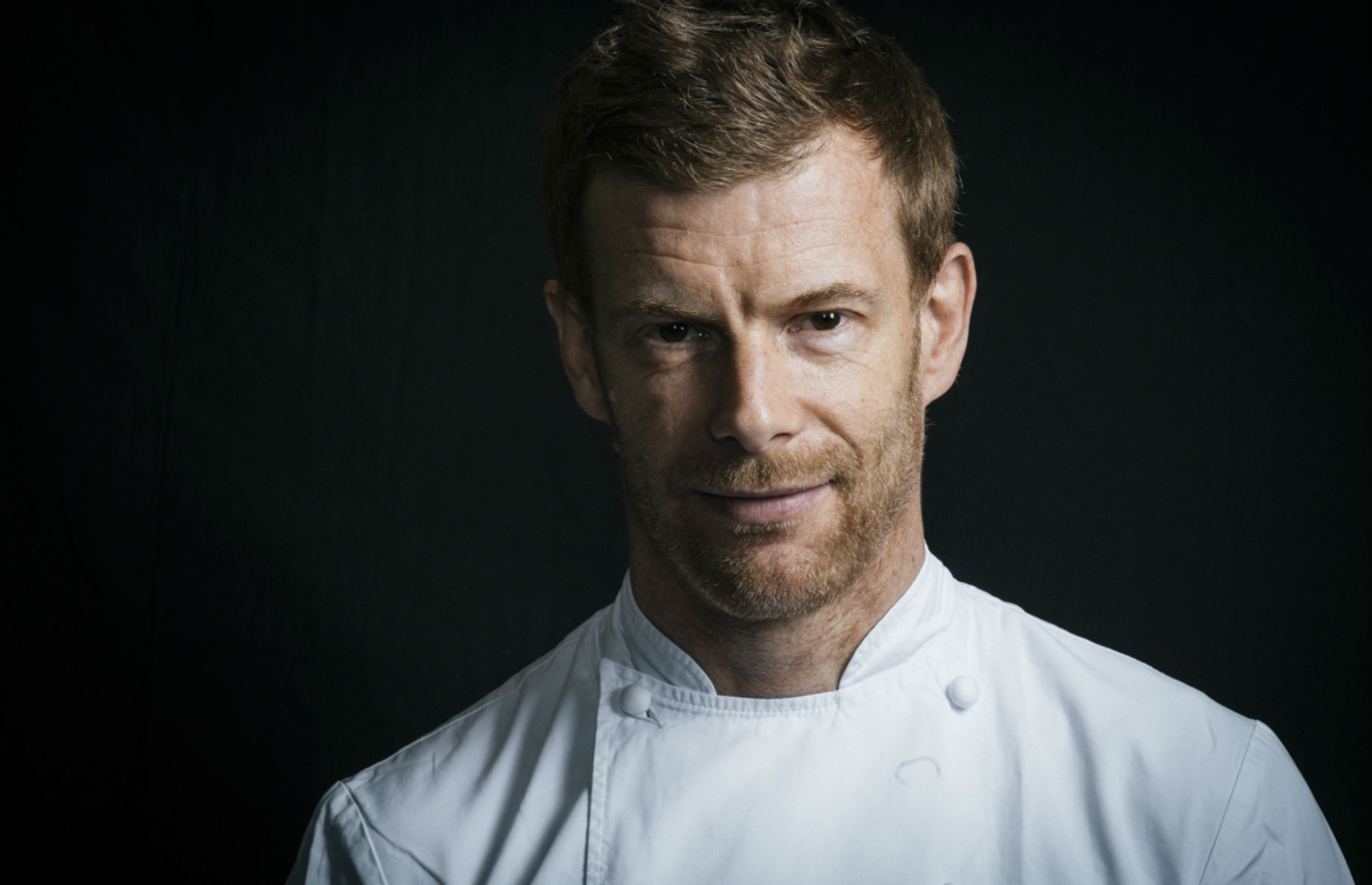 Who or what inspired you to be a chef?

My family really. My mother in particular was a very good home cook, and living on a farm in Norfolk meant we could grow our own produce, from beans, peas and potatoes to rhubarb and strawberries. This set-up also taught my brother (Rob, who's also a chef) and I about seasonal food at a young age, and we spent a lot of time with our mum in the kitchen doing simple home cooking and baking. My father was in the wine business – not that we started drinking wine as kids or anything! But we had our summer holidays in France and he'd take us to different vineyards and show us around and explain what they did. It was great, and certainly inspired us.

Which chefs do you look up to now?

There are two – Pierre Koffmann, whom I worked with at La Tante Claire and Joël Robuchon (pictured below). Even though Joël sadly passed away a couple of years ago, I'm still in awe of him. They each have different styles, Pierre's is about serving gutsy, raw ingredients and the flavours you get from them, whereas Joël's was more about intricacy and the time-consuming effort he put into creating his dishes. I had the best of both worlds with those two, I’m very lucky. 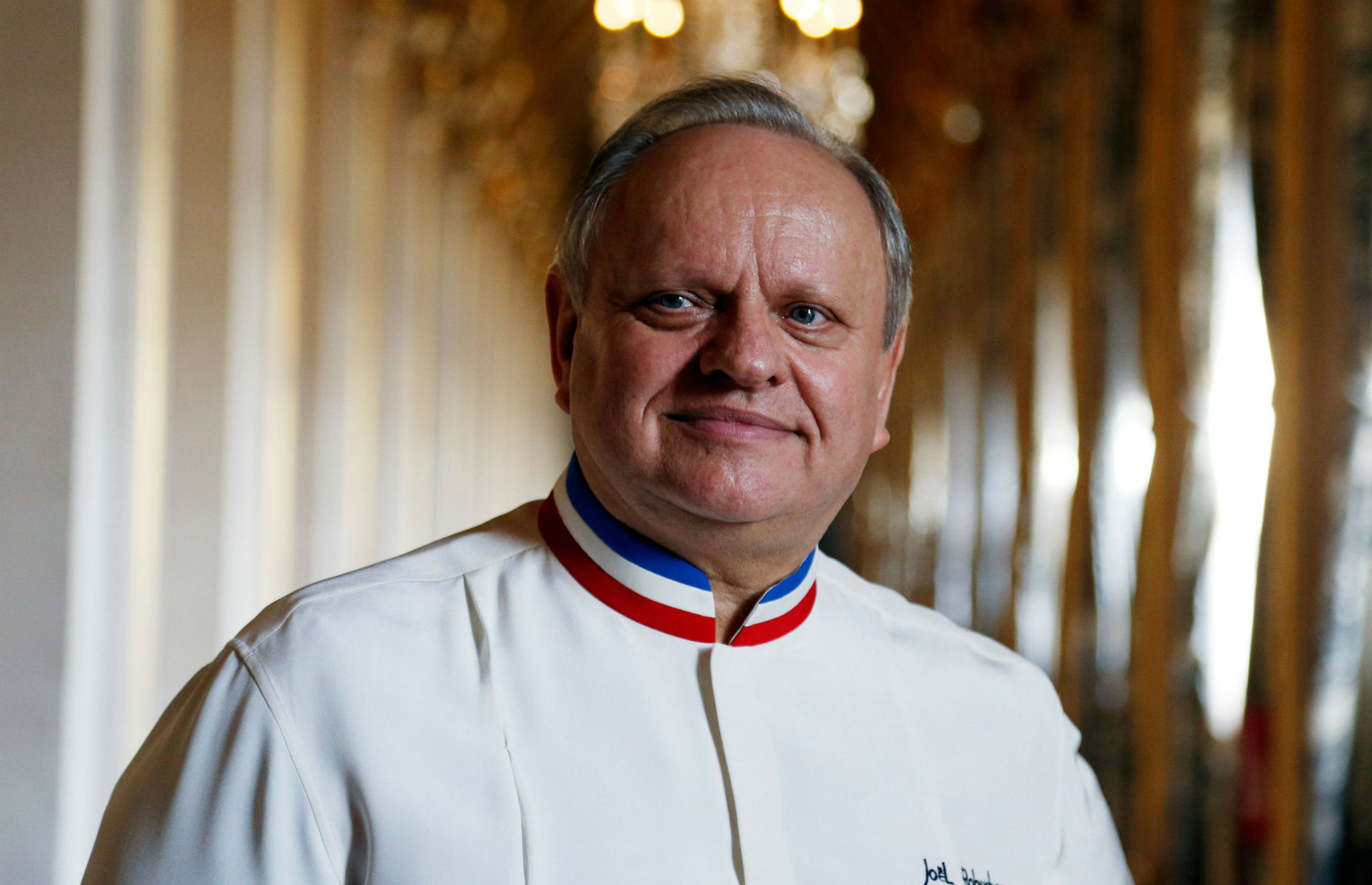 The pressure must’ve been huge when you won your Michelin stars at a young age, how did you cope with it?

I always say the pressure was there regardless. It was my first head chef position (at Pied à Terre) so it was very hard, but yes definitely, when the two stars came it was even more demanding. The expectation levels were high. And following on from getting the stars, I didn’t think I would keep them. Maybe I’d hold onto one at a push, but to have two was amazing. It was a surprise, albeit a nice one! But yes, it added more stress to my job, for sure.

What do you consider the most technically difficult aspect of cooking?

Well, I wouldn’t say this was a technical difficulty but I find being a good manager of people can be tougher than the cooking itself. Lots of different people come with good points, bad points and you have to manage those all well. You end up being mother, father, HR, social worker, everything consumed in one!

And what’s the hardest ingredient to work with?

I’d say, for a lot of people, cooking fish right. It’s done to order so you have to be very conscious of how you’re cooking it, what flavours go well with it. And particularly junior staff when they’re training and learning, find fish difficult to master. As for me personally, I think the technical side of pastry, such as croissant making – oh, no chance! 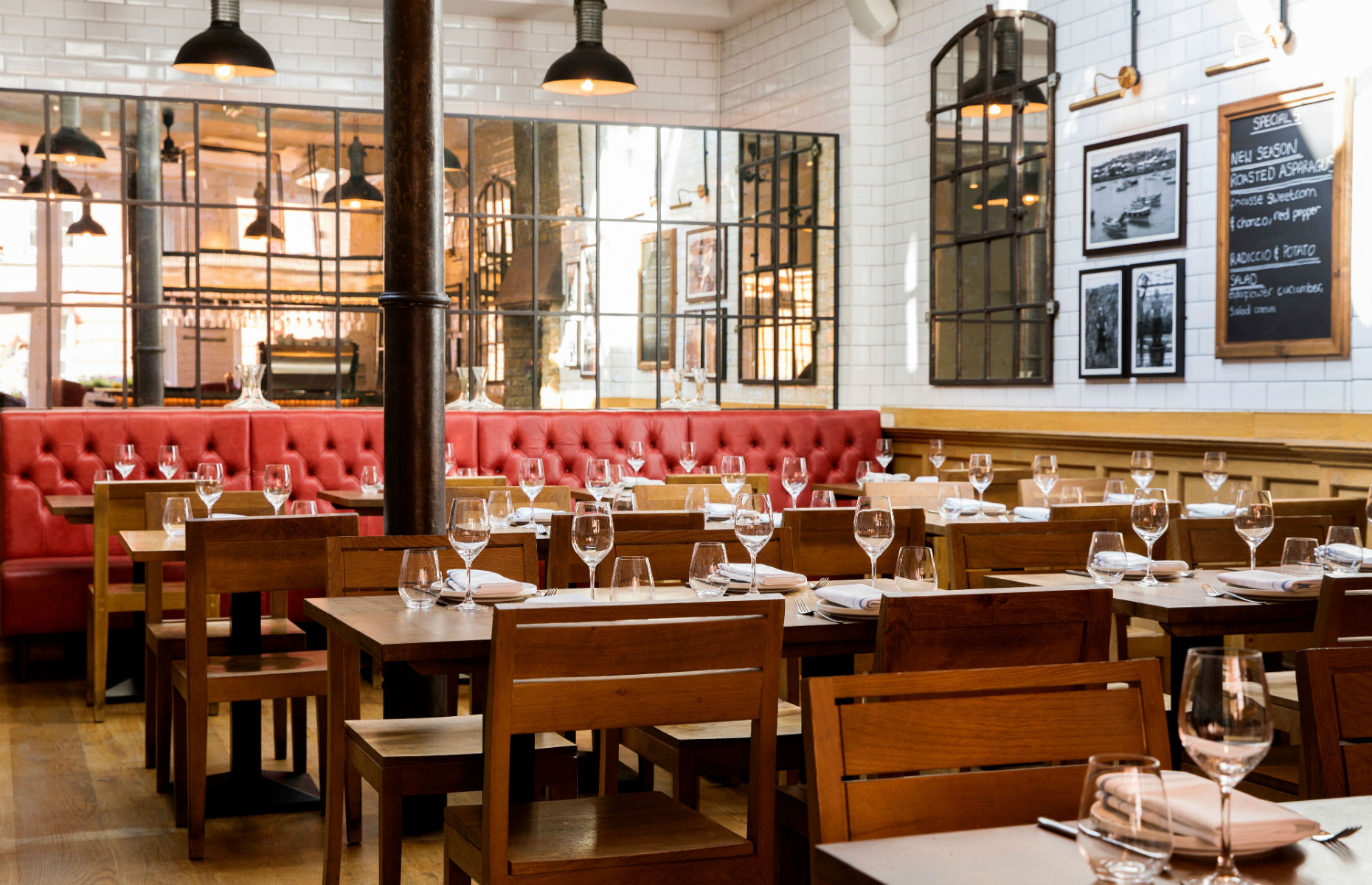 Being an advocate of ethically sourced ingredients and supporter of the Environmental Justice Foundation, what’s your opinion on plant-based foods? Are you a fan?

Because of the way the planet is heading, I think plant-based foods have been a positive introduction. Being healthy and conscious about sustainability is so important.

You’re involved in charities and teaching children basic cooking skills, how important is this to you?

Learning to cook is a vital part of growing up. If you asked the average student if they could cook for themselves, the answer would probably be no. I think the aspect of starting cooking lessons for kids at an early age will benefit them. And it’s not just about putting something in a pan, it’s about logically thinking and expressing yourself through cooking. It gives you confidence in other tasks as well such as coordination, time-keeping and multitasking.

What attracted you to the UAE when you opened your restaurants there?

The UAE is a country that is moving forward, more than a few others I could mention! So my restaurants in Abu Dhabi, Dubai and the one opening in Doha in 2020, are an exciting part of it. The clientele there is very open to trying new things, and having a concept is a big deal over there. The market is difficult because there are a lot of restaurants to compete against, but I wanted to try it. Getting an understanding about what your customer likes shows what works and what doesn’t work, and thankfully this has paid off for me.

How much work goes into your menus?

I’m definitely inspired by seasonal produce. For a menu change, I’ll come up with the ideas then I’ll ask the team for their opinion on certain dishes. It’s a team effort and it doesn’t matter if someone disagrees with me, I listen to them and we finalise it together. We taste the dishes, make tweaks if needs be, then roll them out for our customers.

What are you most proud of career-wise?

It goes without saying that winning the two Michelin stars at such a young age is definitely a career highlight. Nothing else comes close.

What’s your go-to cuisine on a night off?

I love a good, medium-rare steak with a nice bearnaise sauce and triple-cooked chips. 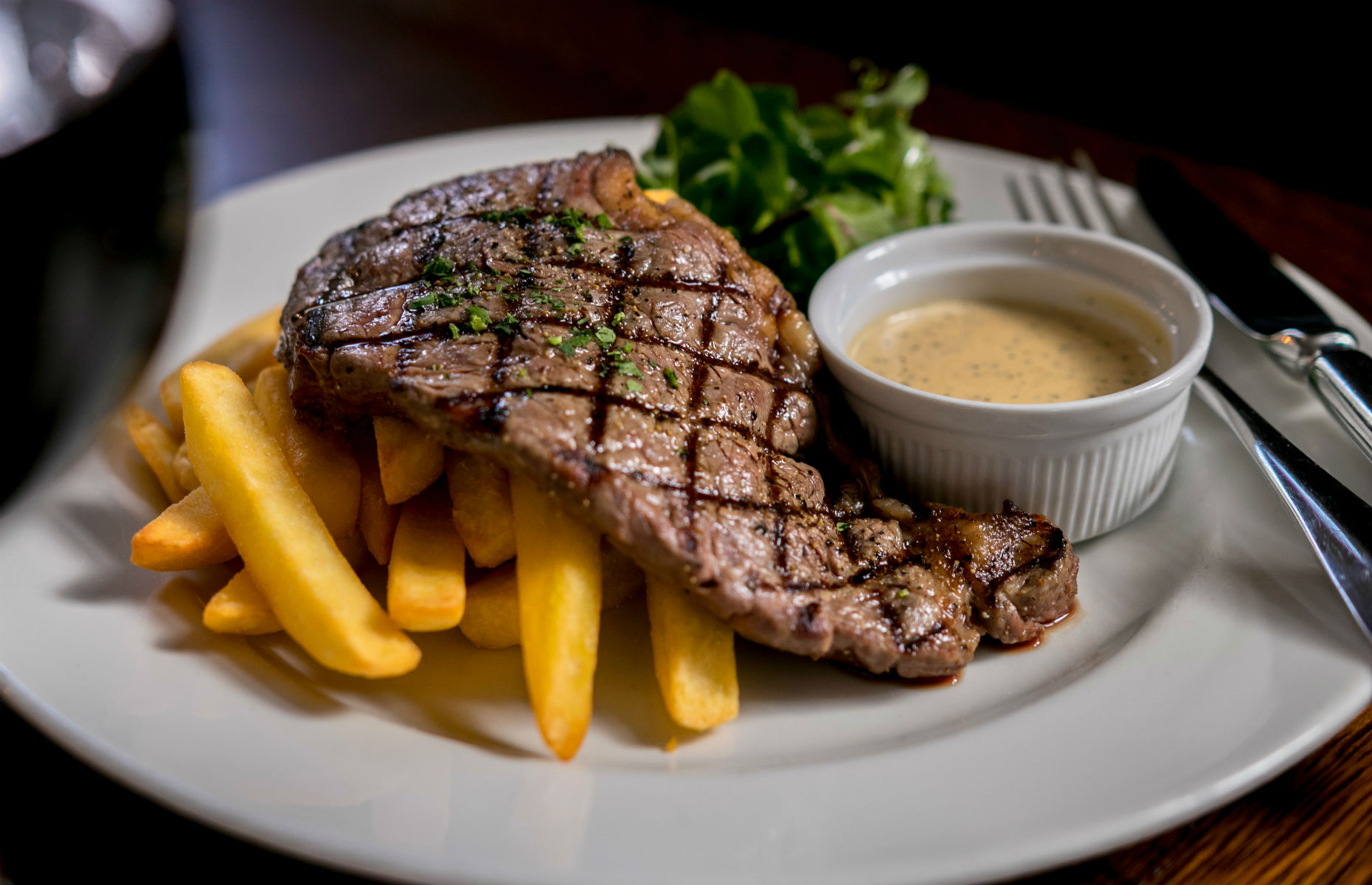 Tell us something no one might know about you...

Most people don’t know I have an identical twin brother, Rob, who’s also a chef. We both came to London at the same time, went to college in the same class then he went off to work in America. He’s been there around 25 years now. And has worked with some big names in the US, from upstate New York to right near the Canadian border. 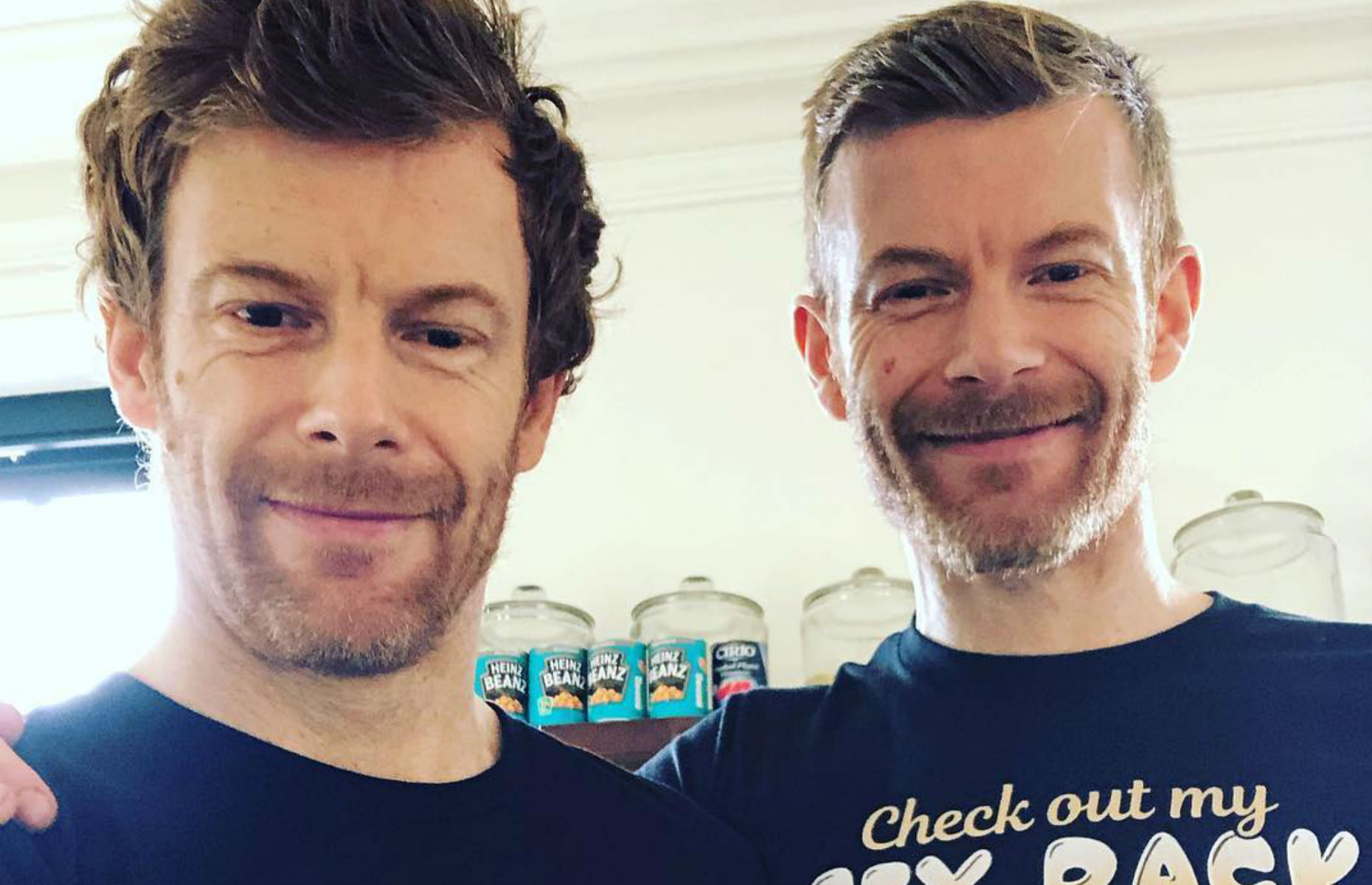 What does the future hold?

Although I’m focused on what I’ve got, there are definitely more opportunities for growth, starting with my new boutique restaurant Muse and the one in Doha. It’s going to be exciting, and I don’t intend to stop anytime soon.

Fruit or veg? Difficult one, I’m 50/50 I think. Maybe fruit, especially when strawberries are in season. But I also love cavolo nero and kale.

Meat or fish? Fish, it’s a bit lighter and I probably don’t eat enough. I’d have it steamed with lemon juice and olive oil. Nice and simple.

Sweet or savoury? Definitely savoury. I haven't really got a sweet tooth.

Wine or beer? Beer, despite my wine background! A nice craft beer.

Tea or coffee? Tea, strong builder's. I’m a two-teabag-a-time man and have about six cups a day.

Night in or night out? Night in with my girls (wife Justine and their two daughters).

City or beach? Tough one... beach I think.

London or Abu Dhabi? London, without a doubt.

An interview with Thomasina Miers