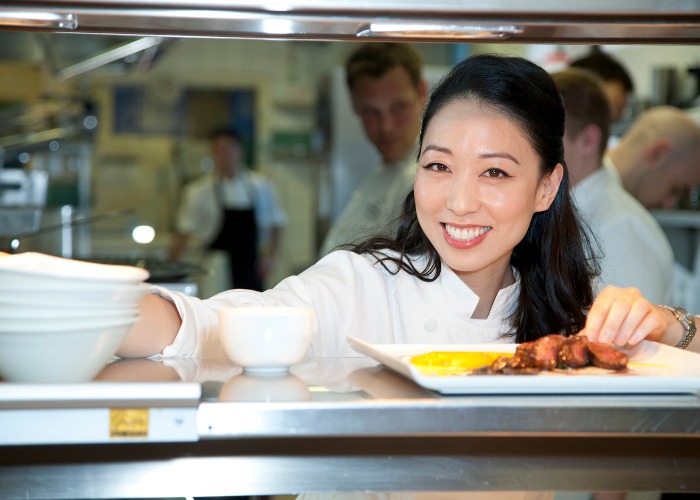 The self-described "French-trained, Korean-American Londoner" Judy Joo is a chef, cookbook author and TV personality. But she hasn't always worked in kitchens. Joo's career started on Wall Street but swapped the trading floor for culinary school and the rest, as they say, is history.

She now runs Jinjuu in London and wrote Korean Food Made Simple, as well as appearing on TV shows such as Iron Chef. We caught up with Joo about her life in food.

I grew up with garden-to-table eating

I was born in New Jersey to Korean parents and my mum cooked absolutely everything from scratch. You couldn’t buy anything pre-made so you had to make things like kimchi.

There was always so much going on. My mum grew chillies and dried them out on our picnic table in the sun. I was often hired as slave labour to pick things. I couldn’t eat perilla leaves for a really long time because they make your hands smell so much. They would grow taller than I was and my sister and I would have to pick them.

Sometimes there would be things drying in the garage or above our refrigerator where there was dry, hot air blowing. There were fermenting pots on our porch.

I remember that it was quite cold in our laundry room and she was always fermenting things in there because it was cooler and it always smelled a little funky! There were rice wines, kimchi in there.

Dumplings are a big thing in Asian families

The whole family would sit around the table, Crazy Rich Asian-style and make thousands (it felt like!) of dumplings.

We had trays everywhere – on top of the TV, every single flat surface had dumplings on it. My mum would freeze them and we’d eat them for a month or two after then do it all again.

A strong work ethic was instilled in me

I had a very typical tiger parenting upbringing. I was supposed to be a doctor. I come from a family of doctors and a typical immigrant family where everything is about going into something stable and working your butt off.

My parents threw everything into mine and my sister’s education. I went to Columbia in New York City and did an engineering major because science was all that I knew. My mum was a chemist, my dad was a physician. It was a real eye-opening experience coming from the suburbs in New Jersey.

Wall Street was crazy and so much fun

In 1997, Wall Street was on fire. Everyone from Columbia was doing internships and I interned at Goldman Sachs and Morgan Stanley before I graduated. I ended up working in sales and trading. I was on a floor with eight computer screens in front of me with headsets and handsets and screaming all day. It was exhilarating.

After five years of it, I didn’t have a strong passion for the market and didn’t want to do it for the rest of my life.

I enrolled in cooking school at the French Culinary Institute, got my degree in pastry art and the rest is history.

I’m still a science geek and I really do see the kitchen as a laboratory. The result will depend on whether you use butter, lard or oil. Whether you cook something lower and slower or high and fast. Cooking is a science.

But I also had this side of creativity that I never tapped into or used. I loved food and grew up in a food-obsessed family and culture. It was so easy for me to choose what to do next.

Korean food is extremely different from any other country in Asia

I get really upset when people compare Korean food to Chinese food or Thai food. Korea is not a tropical country and there are no ingredients that are similar or grown. Korean food is its own unique country, culture and cuisine. It has its own distinct flavour profile.

Everything should be eaten in balance

Korean cuisine is very punchy, very in your face. It’s bright and vibrant. The main flavours are garlic, ginger, sesame (both the seeds and the oil), perilla leaves, chilli (even though not everything is spicy). Chillies aren’t indigenous to Korea, they were brought over with missionaries in the 19th century.

There’s also lots of fermentation. There’s also a bit of sweet in all of Korean cooking to balance everything. The use of sugar or pear juice, pear purée, apple juice or mirin is very common. 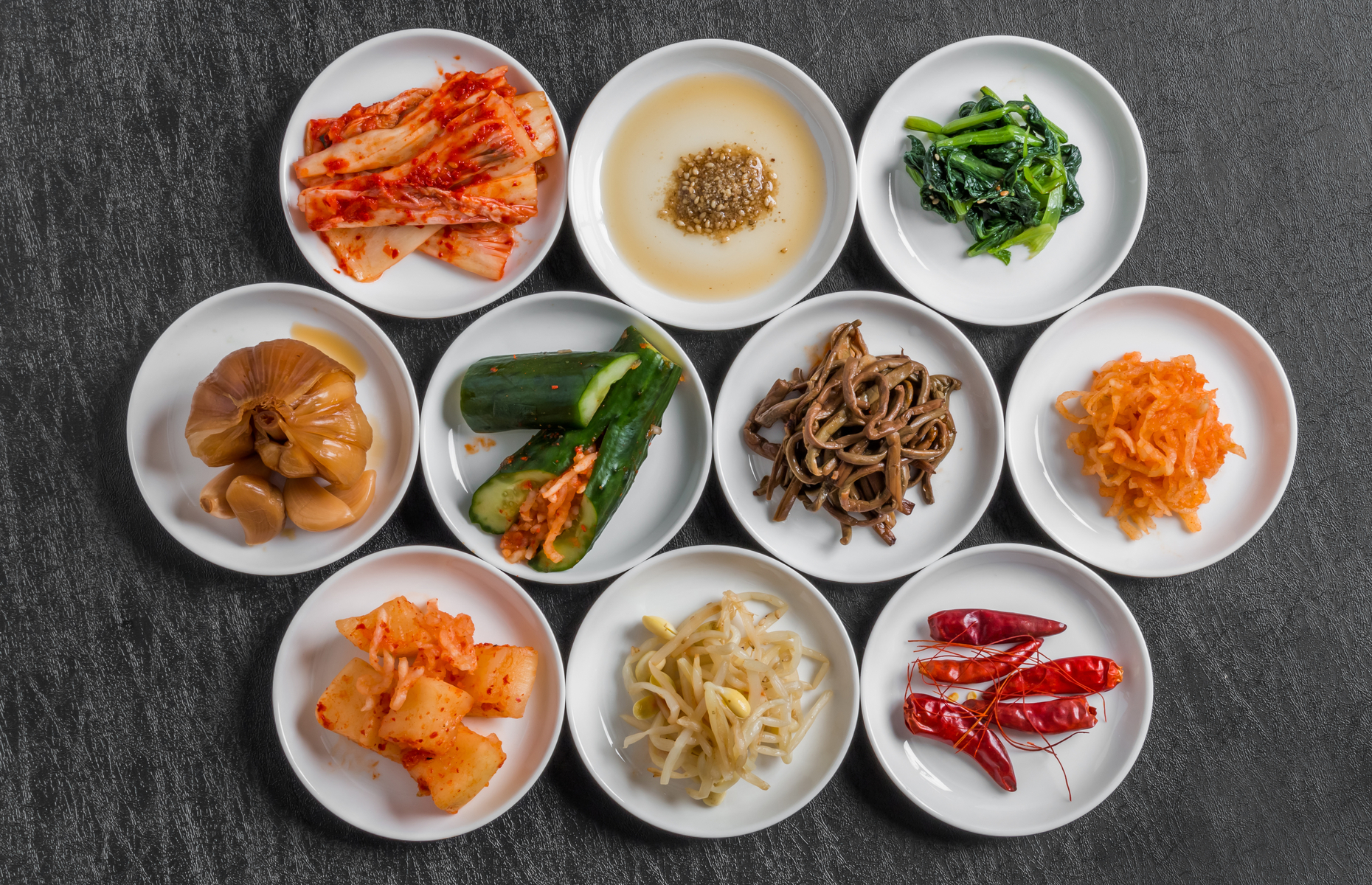 Food is viewed as medicine and about balance (even if you look at the Korean flag, the centre is a yin yang). All of your meals are meant to have the five flavours, colours and textures. When you look at the traditional Korean table, it’s full of all these side dishes. It’s all about diversity – fish, seafood, vegetables, meat. They’re all prepared in different ways – raw, sautéed, braised, pickled, fermented.

To me, bibimbap perfectly embodies Korean culture in one dish. It has the five colours, flavours and textures. On top of rice, you have different vegetables, protein, kimchi, a starch, crispy rice on the bottom. It’s a perfect meal in a small bowl.

You can buy everything online now and have a jar of kimchi delivered within two hours.

I describe myself as a French-trained, Korean-American Londoner

I’m obviously influenced tremendously by my background. I’m also constantly travelling and cooking all over the world. I’m very fortunate to be able to do that.

The world of food is vast and you can never learn everything ever. There are so many different traditions and food is dynamic and constantly evolving.