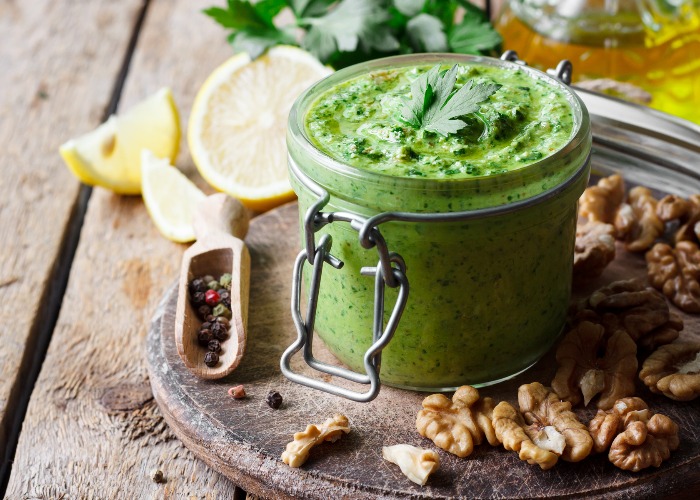 There’s more to making the perfect pesto than you might think.

Fragranced by delicate basil, rich with parmesan and pine nuts, and packing a garlicky punch, pesto is one of Italy’s most famous exports. We consume the stuff with abandon, stirring it through pasta, spooning it into soups and even smearing it onto pizza.

Yet the pesto we know and love is a far cry from the Italian original. In collaboration with our sister site loveEXPLORING, we set off to the home of pesto, the Ligurian capital Genoa, to find out more.

What’s the history of pesto?

To trace the history of pesto, you need to go back to the 12th and 13th centuries, when the Genoan republic stretched south from the northern Italian port city to encompass both Corsica and Sardinia.

Pesto evolved to make use of the republic's rich bounty: basil from nearby Prà; pine nuts grown near Pisa; garlic from Vessalico; pecorino from Sardinia; parmigiano reggiano from Emilia-Romagna; and Ligurian olive oil and sea salt. Some even think that pasta, adapted from imported Chinese noodles, found its first foothold in Italy around this time.

Pesto has been inexorably linked with Genoa’s culture ever since. Today, not only does the city host a bi-annual World Pesto Championship, open to competitors from around the world, but a band of enterprising pesto enthusiasts plan to put the sauce forward as a candidate for UNESCO’s Intangible Cultural Heritage list.

READ MORE: why Genoa is one of Italy’s most charming city breaks 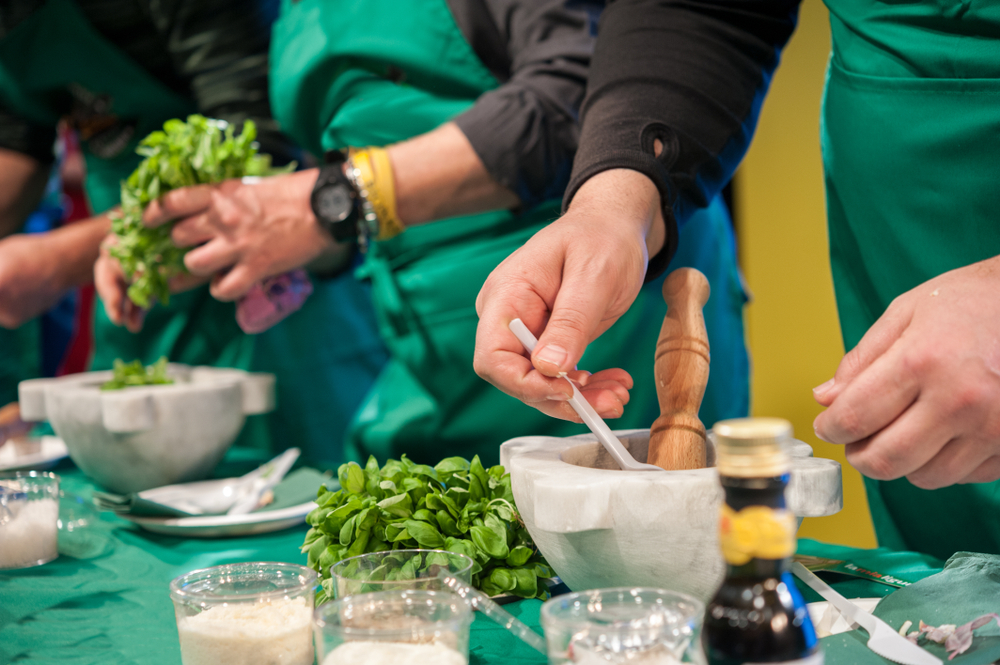 Ligurian pesto is probably unlike anything you’ve had at home – and it certainly bears little resemblance to anything out of a jar. Vividly green and surprisingly creamy, it has a piquancy and depth that can only be achieved by pounding fresh ingredients into submission with a pestle and mortar.

The other key difference to what some might dub “authentic” pesto is the addition of pecorino, a Sardinian ewe’s milk cheese, often left out in Anglicised recipes. Aged pecorino is favoured for its nutty, earthy quality, but is usually added in smaller quantities than parmesan so it doesn’t overwhelm.

In Italy you’ll also find that pesto is rarely cooked, instead simply stirred into a dish at the last minute to retain its vibrancy. 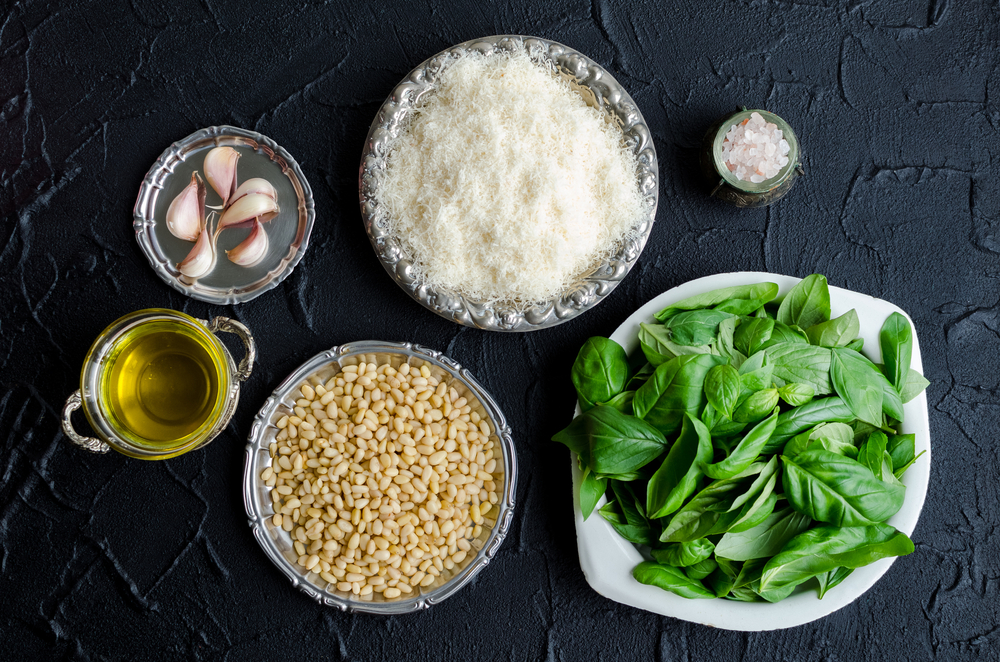 What ingredients should you use at home?

According to Sergio Panizza, one of the organisers of the World Pesto Championship and co-owner of famed Genoan restaurant Il Genovese, there are three secrets to great pesto. The first is using fresh, local produce. Next it’s about putting in the hard work and preparing it by hand. Lastly, he advocates one ingredient in addition to the seven classic components below: passion.

Basil leaves should be young, sweet and fresh. Pick the smallest leaves you can find on the bunch or, even better, grow your own – you don’t even need a garden.

Pine nuts should be lightly toasted before being crushed. You can do this yourself in a dry frying pan rather than fork out for pre-toasted kernels.

Garlic must be fresh. Cut peeled cloves in half and remove the green germ, if present, which can irritate the stomach and impart a bitter flavour.

Parmigiano reggiano has PDO (Protected Designation of Origin) status, so you can be sure it’s made in accordance with traditional techniques.

Pecorino can be found as pecorino romano or pecorino sardo, both of which should be marked as PDO. Romano is more common, but sardo’s richness makes it the better choice.

Olive oil should be top quality. Here’s why extra virgin is worth the extra cost.

Sea salt works better when coarse, providing traction to break down the other ingredients. 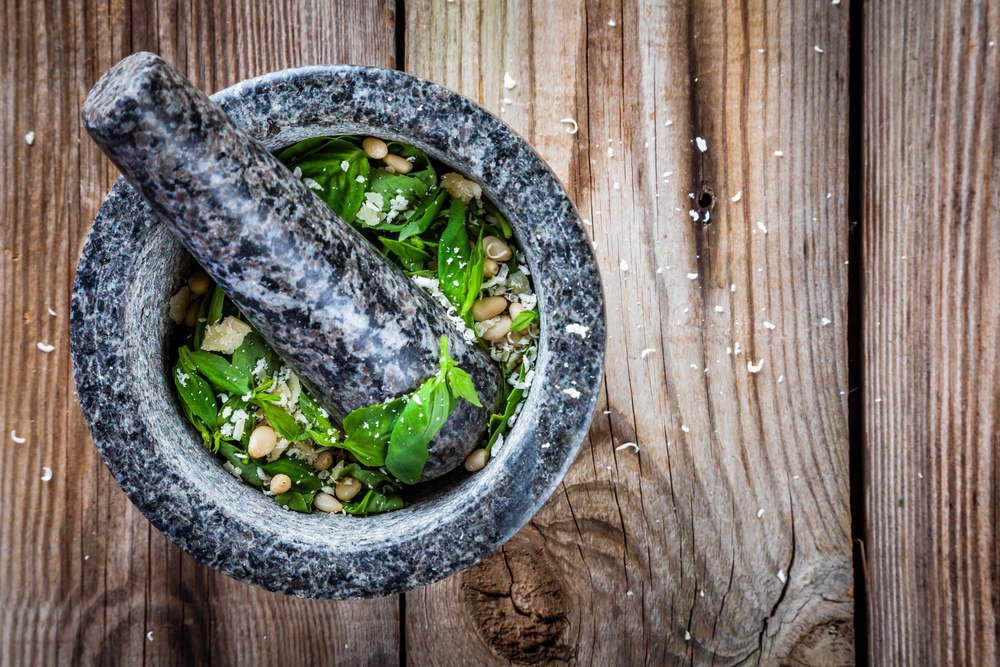 How do you make pesto?

While traditionalists might not baulk at buying ready-made pesto from a deli or market, they certainly don’t blast their own in a Nutribullet. It’s time to dust off your pestle and mortar. The word pesto, after all, derives from the verb pestare (to pound or crush).

First, crush the garlic and sea salt, then once the garlic starts to soften, add the pine nuts. Next comes the basil, which should be crushed gently against the side of the mortar not smushed into the base. Finally add the cheese, then slowly loosen the mix with olive oil. Your finished pesto should be smoothly amalgamated rather than an oily suspension.

As for an exact recipe, the art of making great pesto is in balancing ingredients to your personal taste. Get prepared to put in some serious arm work as you figure it out. 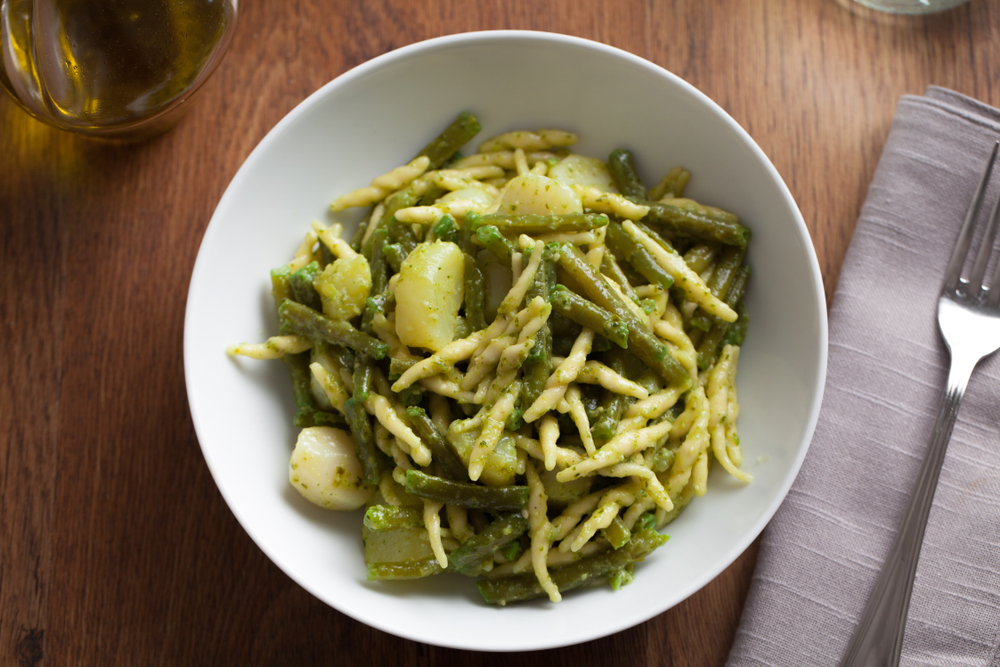 How should you use pesto?

Let’s get one thing straight, pasta and sauce pairings are serious business. Sure, you can spoon your pesto onto any old pasta, but it’ll be enhanced by certain shapes.

In Italy, pesto is traditionally served with gnocchi and the short Ligurian pasta twists, trofie, which you can find through specialist Italian retailers or online supermarkets such as Ocado. Sometimes green beans and potatoes are added to the mix – but this incites controversy, even in Genoa.

Pasta aside, a generous spoonful is delicious in homemade minestrone or a simple tomato soup. We’re also partial to it stuffed into chicken breasts and layered into tomato tarts.

If you’re ready to get creative, break from tradition with this coriander, peanut and chilli pesto or try switching basil for kale. 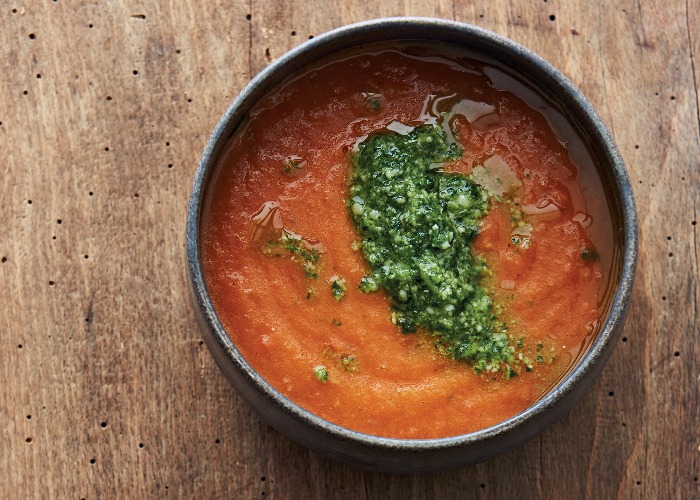 For more information about Genoa, head to www.visitgenoa.it.

Everything you wanted to know about olive oil

Everything you wanted to know about paneer

What is ghee and how should you use it?