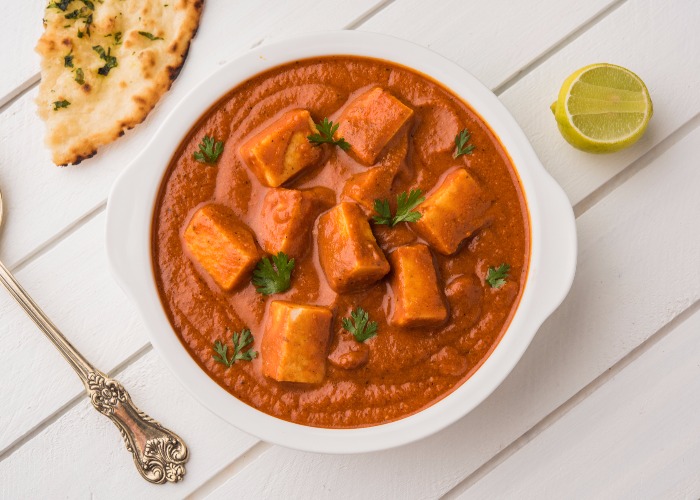 From its history to how to prepare it, Sejal Sukhadwala takes a look at this versatile Indian cheese.

Paneer is a fresh, non-melting and usually unflavoured cheese. It can be made from either cows' milk, which lends it a pale yellow colour, or buffalo milk, which gives a whitish hue – although the cows' milk version is most common these days. It’s widely eaten in India, Pakistan and Bangladesh, as well as Afghanistan, Nepal, Bhutan, Sri Lanka and the Maldives.

Paneer is usually used in cooking instead of being eaten raw as its mild, milky sweetness is a perfect foil for strong flavours, which it absorbs easily. In Indian restaurants, it’s often (somewhat misleadingly) translated as "cottage cheese", but in reality the two couldn't be more different.

The origins of paneer

Why does India have an indigenous cheese when many other Asian countries do not? Well, as it's home to a large number of cattle, the subcontinent has always had a strong tradition of using dairy products in cooking, including yoghurt, butter, buttermilk and ghee (a clarified butter). However, it’s not clear how and when paneer originated.

The Oxford Companion to Cheese mentions a UN Food and Agricultural Organization Report that claims paneer may have been introduced to Northern India by Persian and Afghan invaders in the 13th and 14th centuries. In fact, the word "paneer" comes from the Persian "panir", which is the general word for cheese.

In his book A Historical Dictionary of Indian Food, Indian food historian K. T. Achaya notes that the curdling of milk was well established during the time of the Indus Valley Civilisation (2500-1500 BC), when it was fermented with a variety of sour green leaves, barks and berries. Loose milk curds, an early form of paneer, were combined with yoghurt and spices to make sweets.

However, curdling milk became taboo when the Aryans, who revered cattle, invaded the region in around 1800 BC. Highly valued for its soothing and nutritious qualities, milk is also at the top of the Ayurveda food hierarchy, so "spoiling" it by curdling continued to be frowned upon for many centuries. 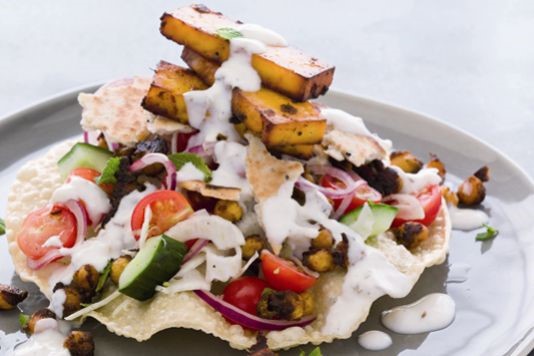 There are plenty more theories about when paneer was invented. An "abundance" or "saucerful" of curds, referenced in the ancient Indian text Rigveda (1500-1000 BC), just might be an early form of paneer. The Ayurvedic tome Charaka Samhita (100 BC-200 AD) also supposedly mentions paneer, and there's a description of sweets made from drained, soured milk curds in the 12th-century Manasollasa.

However, no reference to paneer is made in classic Indian legends, despite the fact that these stories mention plenty of other dairy products. There's also a hypothesis that paneer made from goat or sheep rennet was introduced to North India by Mughlai rulers in the 16th century. However, this is disputed, as the earliest Mughlai cookbooks contain no paneer recipes.

A more recent theory – persuasively put forward by Indian food writer and historian Chitrita Banerji in her excellent book Land of Milk and Honey: Travels in the History of Indian Food – credits the Portuguese with introducing paneer in its modern form to India.

When Portuguese colonisers settled in Calcutta in the 17th century, they brought their traditional fresh cheeses, queijos frescos with them, thereby reintroducing the technique of curdling cows' milk and banishing the old Aryan taboo once and for all. 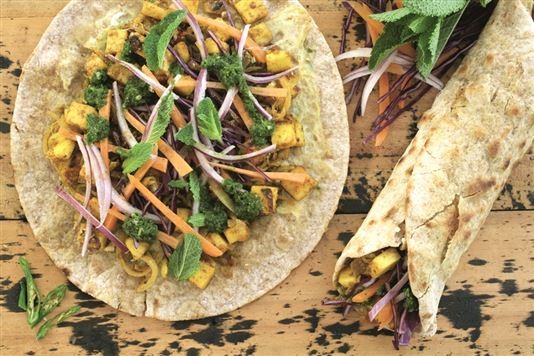 The most common variation of paneer is chhena (also spelt chhana or chenna): loose, unset paneer curds, separated from whey. They’re not pressed or cubed, but sometimes they're kneaded while still warm and combined with sugar to make famous Bengali sweets known as mishti (types of which include ras malai, rasgulla and sandesh). Chenna is also used in savoury dishes like kebabs and koftas.

Restaurateur Asma Khan of Darjeeling Express, who is of mixed Bengali heritage, has several recipes for chhena (as well as paneer) in her cookbook Ammu. She says: “In Bengal, chenna is an essential ingredient – we do not use nuts or milk heavily in our desserts, (so) chenna forms the delicate and light base.”

Other varieties of paneer are specific to certain regions of India and are rarely found elsewhere. These include Surti paneer, from Surat in Western India, which is aged in whey for up to three days; Bangladesh's Dhaka ponir, a raw milk cheese made from animal rennet, which is drained and moulded in small bamboo baskets; and East India's Bandel cheese, which is made in perforated pots, shaped and dried in small baskets and sold in smoked and unsmoked varieties. 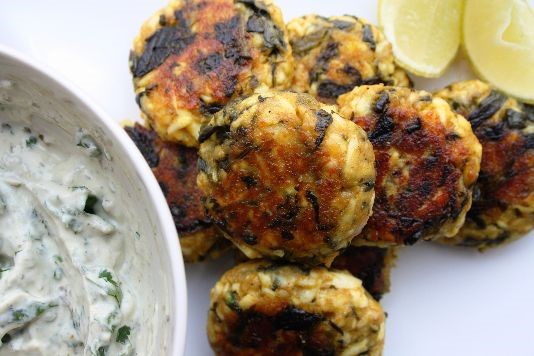 How to make paneer at home

Although paneer is widely available in supermarkets and Indian grocery stores, homemade paneer is best. It’s quick and easy to prepare, and you really will notice the difference in taste and texture. It's made without rennet, by curdling boiling milk with a souring agent such as lemon or lime juice, vinegar, yoghurt, buttermilk or citric acid.

Sanjana Modha, author of the Sanjana Feasts blog, posts frequently and enthusiastically about paneer. She says: “For a soft, melt-in-mouth texture… paneer appreciates a gentle hand and patience. Once the milk comes to a boil, allow it to simmer a while, stirring to evaporate off some excess moisture. This will enhance the creaminess.

"When curdling the milk, dilute the acid (first) so the separation process is a slow one. Add it gradually, stirring as little as possible. Once the paneer has separated and the curds look like fluffy clouds, add ice cubes to halt the process. Wash the paneer in warm water and press in a cheesecloth under heavy weight until it’s soft and bouncy.”

The longer you press the paneer, the firmer it will become. While it should be firm (so it doesn’t fall apart during cooking), a good paneer dish is judged by how soft, fresh and light the cheese is.

Top tip: don't throw away the whey. It’s nutritious and can be made into a fermented drink cultured with yoghurt, added to pancake batter or used in dough for making breads and flatbreads. Shop-bought paneer can be hard and rubbery, so if you plan on using it, soak it in hot water for half an hour or so beforehand.

What should I make with paneer?

Paneer can be scrambled like eggs, stuffed in parathas and samosas, made into pakoras, deep-fried and sauteed with curry leaves to make paneer 65, made into tikkis and kebabs, and added to pulao rice dishes – and in East India, it’s simply sliced and eaten as a snack. What's more, it chars beautifully, so marinated paneer is perfect for barbecues.

Of course, the most popular way of using paneer is adding it to curries. In addition to classics like palak and saag paneer, muttar paneer and paneer kofta, there’s an ever-expanding range of rich Mughlai-inspired curries to experiment with.

Aside from its traditional use, cookbook author Chetna Makan suggests using it “in non-traditional ways like (making) paneer and tomato loaf, paneer and cheddar sandwiches, paneer pie or paneer quiche.”

Now you know more about paneer, why not try one of these simple recipes?