We take a closer look at the small buds that pack a mighty punch.

They might be little but capers deliver big when it comes to flavour. But what exactly are the tiny green things and what should you be doing with them?

Where did they originate?

Capers are immature flower buds from Capparis shrubs which grow all over the Mediterranean and they’ve got quite a history too. The plant dates back to at least 2,000 BC – they’re mentioned in Sumerian epic Gilgamesh which was inscribed on stone tablets.

One of the main areas of production is the Italian island of Pantelleria where the best capers in the world are said to grow. The island’s location between Tunisia and Sicily goes a long way to explain their appearance in so many different cuisines. You’ll find them in abundance throughout Middle Eastern, North African and Mediterranean cooking, and they’re especially common in Italian and Sicilian dishes.

The buds are picked by hand which means they can be expensive to buy, but they're far too delicate and dainty to be machine picked.

Are capers good for you?

Yes and no. Capers are low in calories (about 25 in a small jar) and high in vitamins and minerals. That said, the flavour-packed buds are also high in salt thanks to the way they’re preserved. As they’re bitter on their own, capers are stored in brine or packed in salt. If you’re watching your salt intake that’s worth bearing in mind.

READ MORE: What are anchovies?

Are capers the same as caper berries?

No, they’re different things although they do both come from the caper bush so it’s easy to see why they’re often mixed up. Capers are the unopened bud and caper berries are the fruit, harvested much later in the season. You can eat both and we recommend popping a caper berry in a martini, but capers have a much sharper taste.

The leaves of the caper bush can be eaten too. 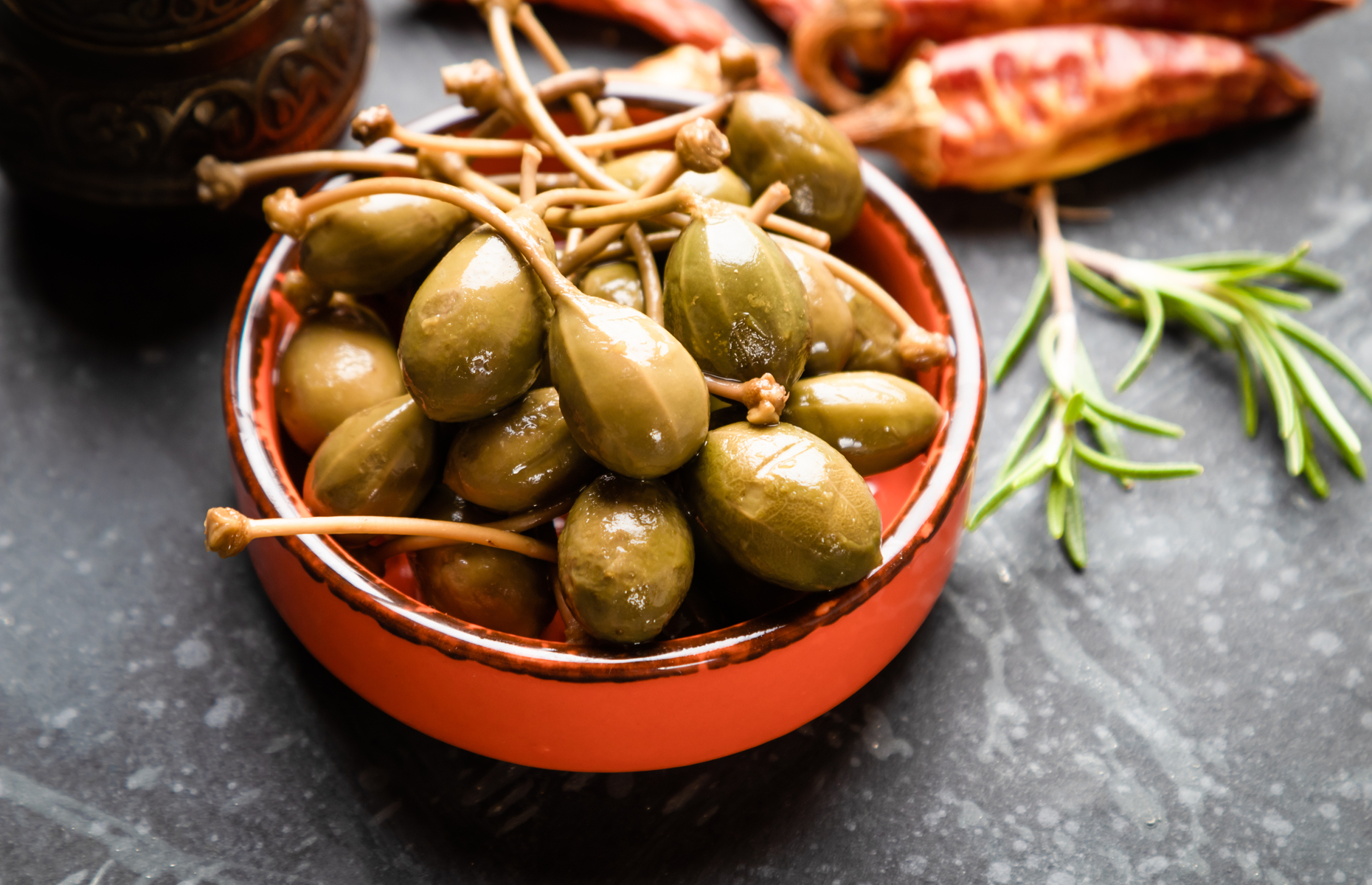 What capers should I buy?

You can buy capers that are dried and salted although they’re not as easy to come across in the UK and need more rinsing before you use them. The flavour of dried capers is often said to be better, but they’re also more expensive.

Jarred capers are easier to find – even smaller supermarkets will have them next to mustard and pickles. They’re usually stored in brine or vinegar so have a sharper taste. They also last a few months once opened.

There’s a bit of a myth about capers that smaller is better. Tiny nonpareils are more expensive and thought to have a better flavour. However, the capucines common in supermarkets are ideal for most dishes – not too big, not too small. The Goldilocks of capers. 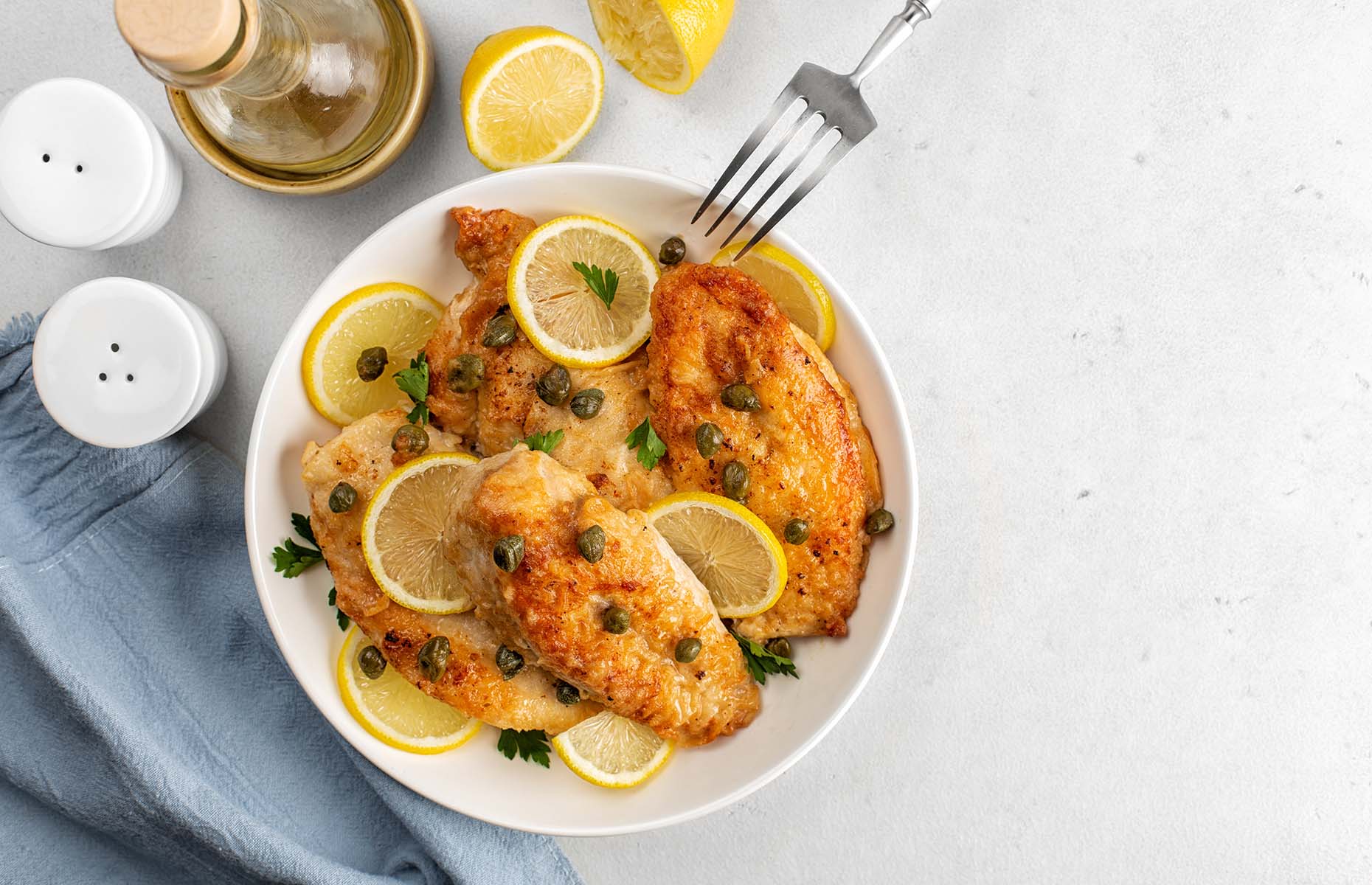 What can I do with capers?

Capers are such a simple ingredient but they’re one that makes everything you cook taste fancy and impressive with very little effort on your part. That’s exactly the kind of ingredient we like to keep on hand.

The best way to get used to cooking with capers is to stick to classic Mediterranean dishes. Once you’ve mastered those, capers are easy to experiment with as they retain their flavour individually rather than taking over the entire dish.

Capers are a delight with fish – they’re one of the key ingredients in a traditional tartare sauce. You can add a couple of teaspoons into a salad Niçoise with tuna too.

Try this easy 20-minute roast monkfish with capers and olives; douse filets of lemon sole with a caper sauce; add to a salsa to accompany salmon; top gravadlax canapés with them; or whip up a classic puttanesca for an easy midweek dinner. 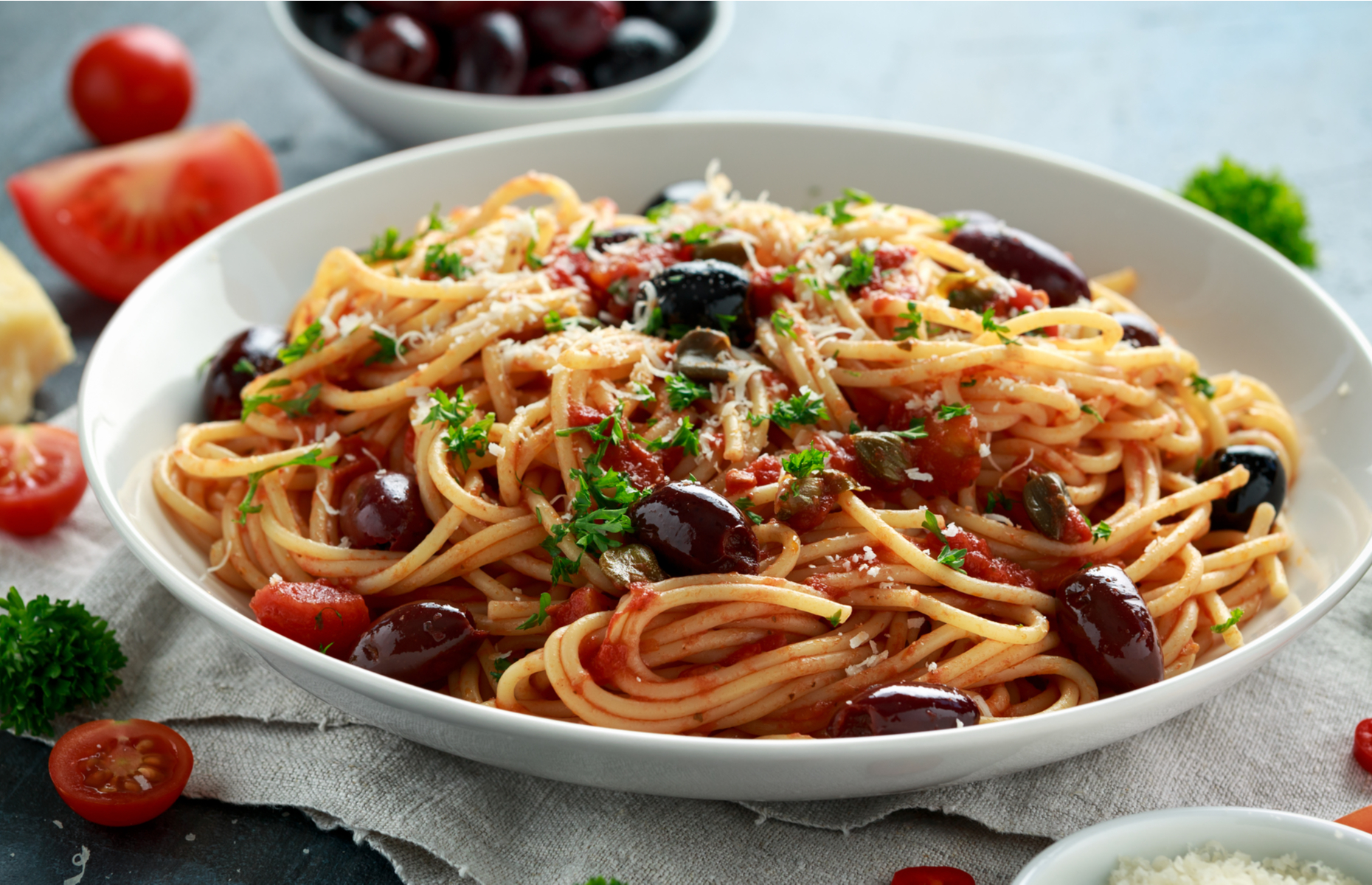 I’m not a fish eater – what should I make?

You’re in luck because you don’t need to stick to fish. If a rich dish, like a roast leg of lamb, needs a little something to balance it out, capers work an absolute treat. The acidic tang cuts through cream and buttery sauces, like in this smoked sausage pasta, leaving you with a perfectly balanced dish. Even just mixing capers with pasta and garlic butter makes a delicious lunch (add a squeeze of lemon right at the end).

They also go brilliantly with chicken (try these white pepper grilled chicken breasts) and pork. You could also add them to this tapenade for grilled lamb; mix them into a salsa verde with new potatoes; or mince them into a dressing for panzanella or this potato salad with crispy Parma Ham.