Here are our top Welsh dishes to enjoy on 1 March. A quintessentially Welsh dish, starring lamb mixed with a little brown ale and stewed with veggies including leeks and carrots, topped with rounds of doughy 'cawl'. Best eaten in winter by a roaring fireside.

Andrew Nutter’s individual tart is the perfect breakfast treat. Whip up some shortcrust pastry (flecked with poppy seeds), then fill the tarts with a sticky shallot, garlic, honey and bacon mix, and finish with a rarebit topping. Bake for five minutes, finish under a hot grill, and serve with salad leaves. 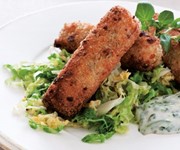 Nicola Graimes gives us a traditional Welsh Glamorgan sausage, with a few extra additions. These golden crumb-coated ones feature grated apple, cheese, leek, thyme, breadcrumbs, cabbage and caraway seeds, and are served with a homemade watercress sauce, made glossy with butter. 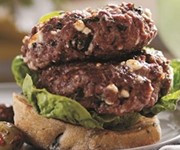 Elwen Roberts is an expert in Welsh food and here she uses five simple ingredients – lamb mince, fresh mint, black pepper, feta and guacamole – to make a monster burger. It’s incredibly succulent and should be served in a toasted ciabatta roll. Elwen also recommends a side dish of olives. 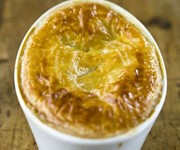 What could be more Welsh than the humble leek? Marcus Wareing thinks his cod, leek and blue cheese pies are the ultimate comfort food. Gently poach your cod in a milk, stock, thyme, bay leaf and garlic mix; make a white sauce and fry your leeks; then layer everything up and top with pastry.

How to make a Snowdon pudding (Pwdin Eryri)

It was apparently Eliza Acton who first wrote down the recipe for Snowdon Pudding, remarking that ‘this pudding is constantly served to travellers at the hotel at the foot of the mountain from which it derives its name’. It's basically a fruit suet pudding, heavily flavoured with lemon (both zest and lemon marmalade) and served with a wine sauce made from booze, sugar, yet more lemon rind, butter and a little flour.

The recipe Charlotte Morgan used below is taken from Traditional Recipes of The British Isles by Nell Heaton, first published in 1951.

I used a two-pint pudding basin from Lakeland. Grease it with butter, then 'sprinkle thickly with raisins' - I took this to mean a hefty handful of raisins, which gathered at the bottom of the basin.

Step 2 – Combine everything in a big bowl 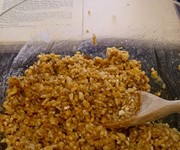 It really couldn't be simpler. In a mixing bowl, combine 4 oz suet (I stuck to the book's imperial way of things), 4 oz breadcrumbs, a pinch of salt, 0.75 oz cornflour, 3 oz lemon marmalade, 3 oz brown sugar, the grated rind of a lemon and three well-beaten eggs.

Step 3 – Shove it all in the pudding basin and boil 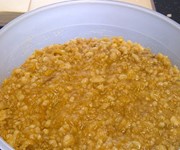 Pile the mixture on top of the raisins and pat it down, so there are no sneaky air bubbles left. Boil your pudding as you would Christmas pudding for about an hour. It should easily plop out onto a plate when done, keeping its shape and smelling citrusy sweet.

Bit of a funny accompaniment, in my opinion, but both Nell and Alan Coxon swear by a sweet wine sauce to accompany this pud. It's easy: just boil together the rind of half a lemon, 1.5 oz caster sugar and a 'wineglassful' of water for about 15 minutes.

Strain and stir into 'a little butter and flour' - I took that to mean about 25g of each. Add up to two wine glasses of white wine, sherry or Madeira, depending on how boozy you want it, then stir well and serve hot with the pud.

Will you be celebrating St David's Day? And have you ever tried Snowdon Pudding? Do let us know in the Comments box below.

Celebrate the food of Wales