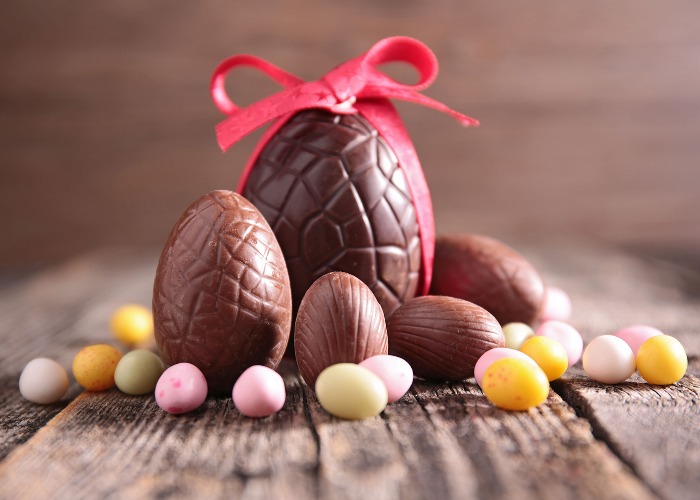 The giving of eggs in spring is an age-old tradition. We explore Easter eggs' origin and how they became a chocolate staple.

The giving of eggs is one of the main rituals of Easter in Britain, as beloved as hot cross buns, roast lamb and fresh flowers. But while more than 200 million Cadbury Creme Eggs are sold in the UK each year, chocolate eggs are a relatively modern addition to the spring holiday.

Author and archivist Alex Hutchinson, who spent 10 years curating the archive of Rowntree owners Nestle UK, says: “Eating chocolate is not as old as Easter. The feast of Easter has been celebrated by Christians for almost 2,000 years but Europeans have only been eating chocolate for a few hundred years. Even then, it has only been widely available to the masses for around a hundred of those.”

The meaning of Easter eggs

The link between eggs and Easter evolved over time. The egg has been a symbol of new life and new beginnings since before Christianity and has symbolic significance for different countries and religions, as well as in Pagan rituals.

Exchanging eggs at spring festivals was an ancient custom in many parts of the world and early Christians in Mesopotamia dyed eggs in the period after Easter. This practice was adopted by the Orthodox churches before spreading into Western Europe.

The laying season for hens naturally begins in spring, which is why eggs would be central to feasting and celebrations at that time. “Eggs may also have become associated with Easter during the early medieval period as they were forbidden by some monastic orders during Lent,” says food historian Emma Kay, who writes blog Museum of Kitchenalia and is author of A Dark History of Chocolate (£19.99, Pen & Sword).

Who made the first chocolate egg?

It was the French and Germans who came up with the inspired idea to make eggs out of chocolate in the 19th century, although they tended to be solid rather than hollow. Egg-shaped toys were already popular at this time while Peter Carl Fabergé’s precious jewelled eggs were becoming prized by Russian aristocrats.

Kay says: “The first reference I’ve been able to find was of a chocolate egg being seized by customs in Germany in 1862. It was thought to be so unusual and suspicious that it was eventually returned to France where its German owner had originally purchased it. There are references to chocolate eggs being sold in shops in Paris at Easter time in 1864.”

Chocolate eggs officially migrated across the English Channel when JS Fry of Bristol produced the first British version in 1873, with Cadbury following two years later. However, they were not the mass market product we know today. Victorian versions were luxurious and expensive, made from bitter dark chocolate, hand-decorated and often filled with ‘dragees’ – sugar-coated chocolate drops.

Eggs also had stiff competition from other shaped chocs, Hutchinson says. “Before the First World War, chocolate cockerels, shoes, fish and hares were all just as popular. And these weren’t cute hares and happy fish – they were grimly realistic-looking things.”

She says these particular confections emerged largely because the dominant British manufacturers at the time – Cadbury, Rowntree and Fry – were Quaker families who valued Bible study, and cockerels and fish were significant in stories about Jesus. However, the shoes were probably a nod to buying children a new pair for going to church on Easter Sunday while the hare was an early version of the Easter bunny.

The launch of Dairy Milk in 1905 saw Easter eggs adopt milk chocolate shells and cream-filled versions appeared in 1923. “While the Victorian era had introduced them, the Edwardian and inter-war periods commercialised them,” says Kay.

“Confectioners started displaying them in shop windows. In 1916, Selfridges in London was recorded as selling plain chocolate eggs, alongside novelty Parisian eggs decorated in gold and silver, which were filled with a silk bag containing sweets.”

Once chocolate rationing ended after the Second World War, and production and packaging advancements arrived in the 1950s, eggs could be churned out on a larger scale and became more affordable. This was when branded eggs for children took off and in 1963, the first Fry’s Creme Egg was made (renamed Cadbury in 1971), followed by Cadbury Mini Eggs in 1967. 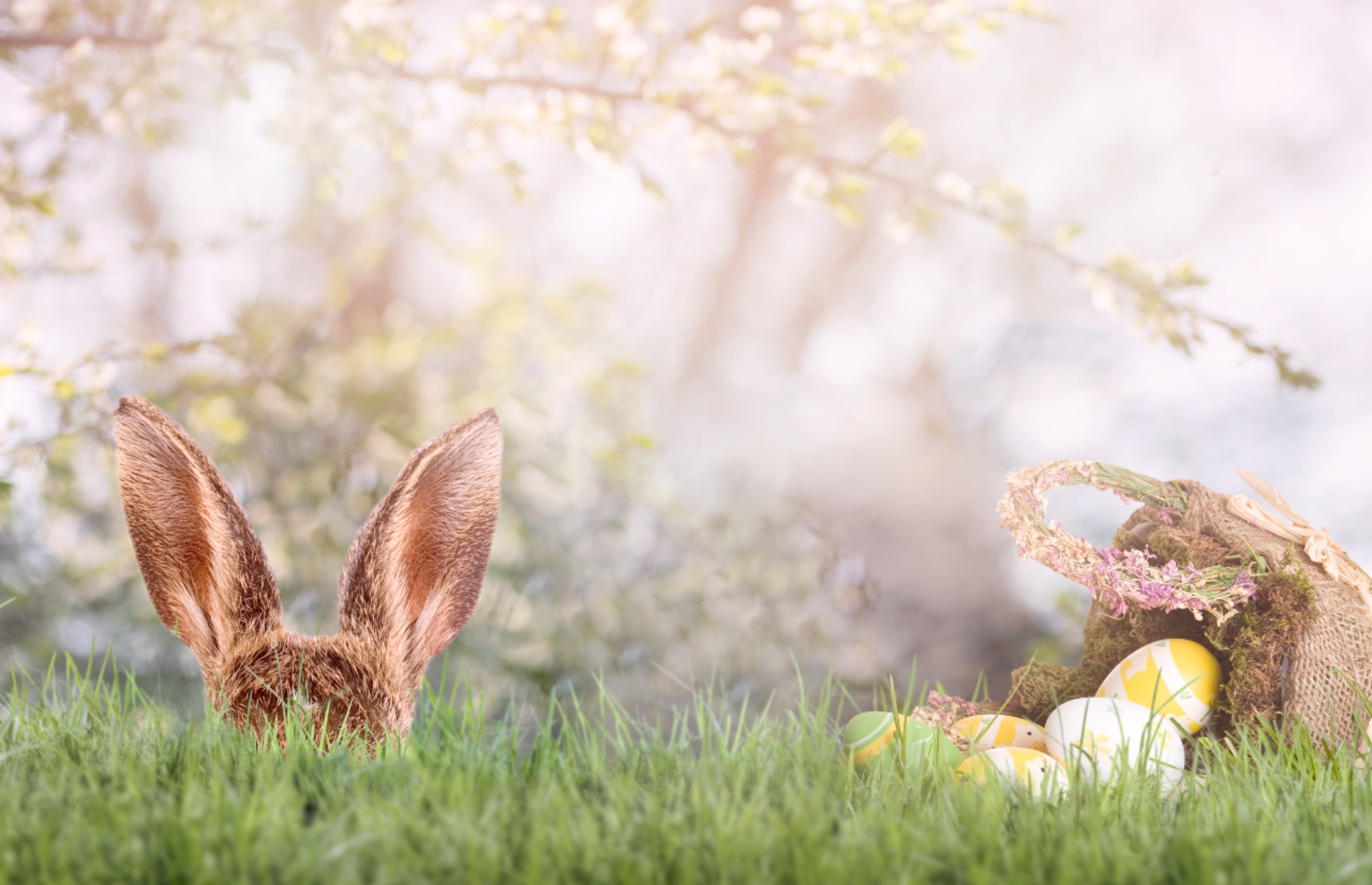 The Easter bunny is the cute mascot who delivers chocolate eggs in Britain and this tradition is another Germanic invention, which went hand-in-hand with the Easter egg hunt. Martin Luther, the Protestant reformer, is said to have organised the hunts for his followers in the 16th century, with men hiding them for women and children, as a nod to women finding the empty tomb of Jesus.

In the German Lutheran church, the hunt became associated with the Easter hare bringing a basket of eggs for good children to find. Hares and rabbits have long been linked to the season of spring, fertility and the Virgin Mary in Central Europe. In the 19th century, Queen Victoria’s German mother organised egg hunts for her, a ritual which she and Prince Albert continued with their own children.

In France, Belgium and the Netherlands, the idea of a rabbit delivering the eggs is nonsense. Instead, they are brought by church bells that have flown to Rome to be blessed and these bells are also immortalised in chocolate form.

What other egg-related traditions are there?

The custom of decorating eggs and giving them as presents goes back centuries. Records show that in 1290, Edward I purchased 450 eggs to be decorated in various colours, some included gold leaf, and distributed to his household.

In the north of England, particularly Lancashire, the practice of egg decorating was known as ‘pace egging’ in medieval times, from the Latin for Easter – pascha. One popular method was to wrap them in onion skins while boiling to produce a mottled effect. Kay says: “The Lancashire pace egging tradition has its roots in travelling medieval pace-egg mummers (a type of play involving combat). This custom somehow morphed into pace-egg rolling – a homage to the rolling of the rock securing the tomb, during the resurrection of Christ.”

Egg rolling dates back to at least the 1790s and was especially popular in Cumbria. The castle moat at Penrith, Avenham Park in Preston and Arthur’s Seat in Edinburgh would attract large crowds for egg rolls in the Edwardian period.

Today, egg rolling is rare in the UK but has become a key Easter tradition in the United States, thanks to the White House Easter Egg Roll. It has taken place on the South Lawn on Easter Monday since 1878 after President Rutherford B. Hayes invited Washington’s children to roll their painted eggs at the executive mansion when the Capitol passed laws to ban the public from using its grounds for the game. 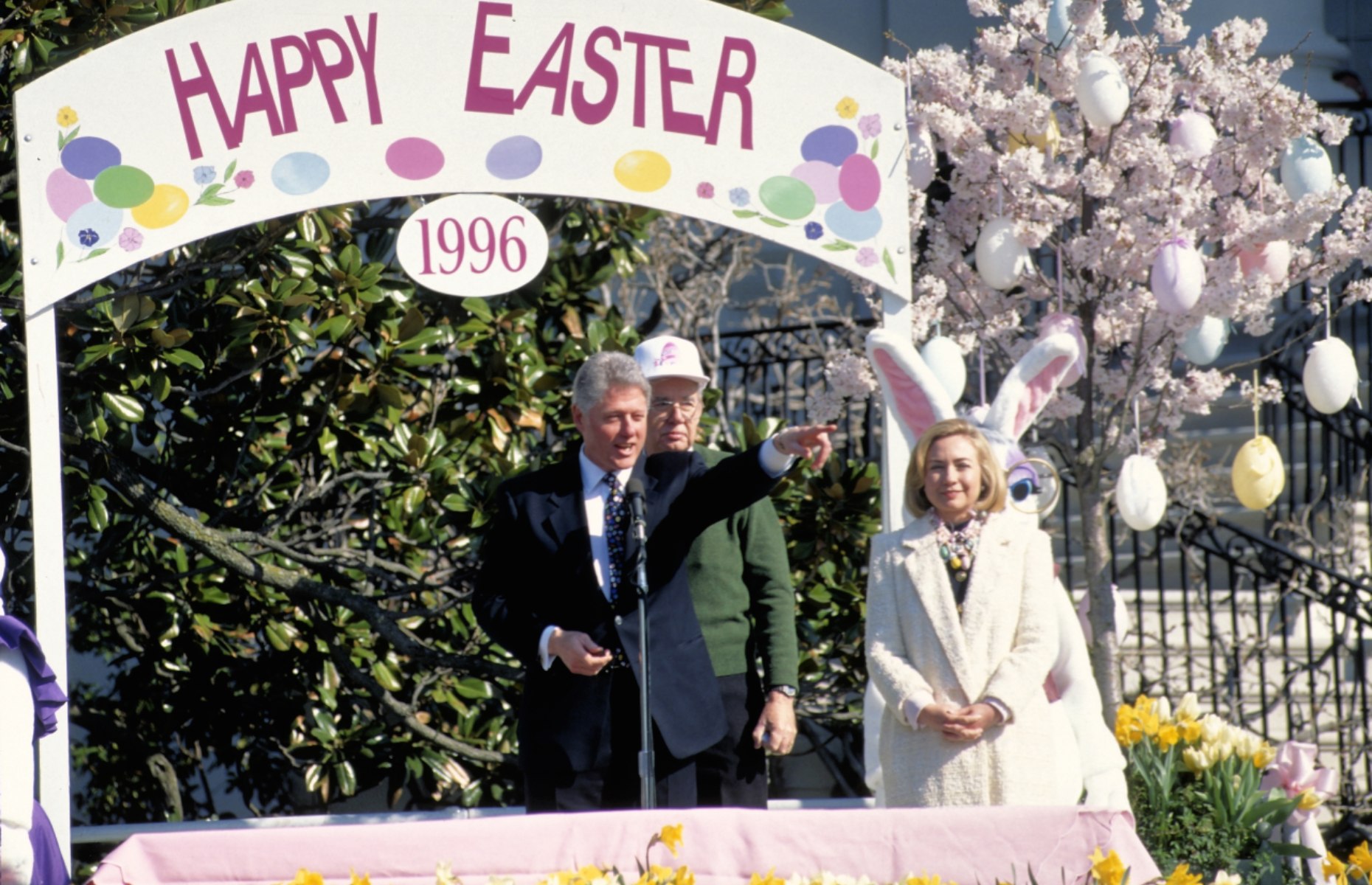 Spanning thousands of years and across the world, there's a whole lot of history behind those foil-wrapped chocolate treats.