As the latest series of The Great British Bake Off comes to an end, we look at what happened to the most popular personalities from years gone by.

Nerve-wracking technical challenges, show-stopping creations and the famous white tent – there’s nothing quite like The Great British Bake Off. As the Channel 4 contest reaches its fabulous finale, we find out more about this year's winner and what much-loved previous contestants and winners did after their time in the tent.

The Italian-born baker impressed the judges with his intricate and flavour-packed Italian-inspired bakes from the start. Giuseppe, who's father was a professional chef, is an engineer and throughout the series he used his ingenuity to create showstopping pieces, like the Leaning Tower of Pisa cake. Although competition was stiff, with the other two finalists Chigs and Crystelle delivering superb bakes, Giuseppe's Mad Hatter's Tea Party showstopper was enough to secure him the trophy. Giuseppe's now planning to write a cookbook with his dad to pass down the wealth of their family recipes. 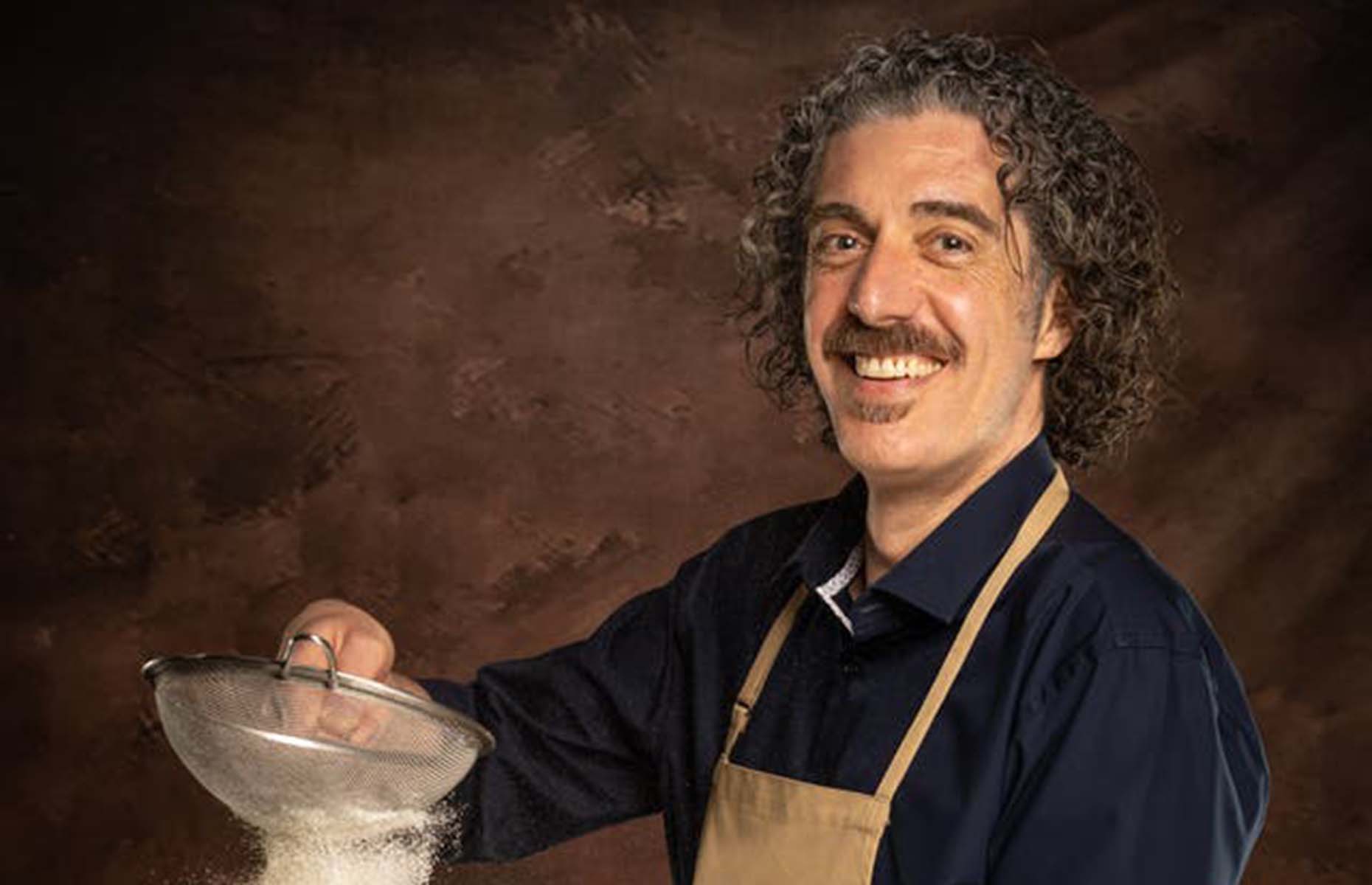 The first Scottish baker to take the Bake Off crown, Peter was also the youngest to ever win the show. Following his victory, Peter continued to study accounting and finance at the University of Edinburgh, however, he's still found the time to publish his debut cookbook Peter Bakes.

Since bread-baking superstar David Atherton won the Bake Off final in 2019, he released his debut cookbook for children, My First Cook Book. Like GBBO champions before him, the former health advisor regularly writes for The Guardian and has since published two more cookbooks which focus on healthy eating. 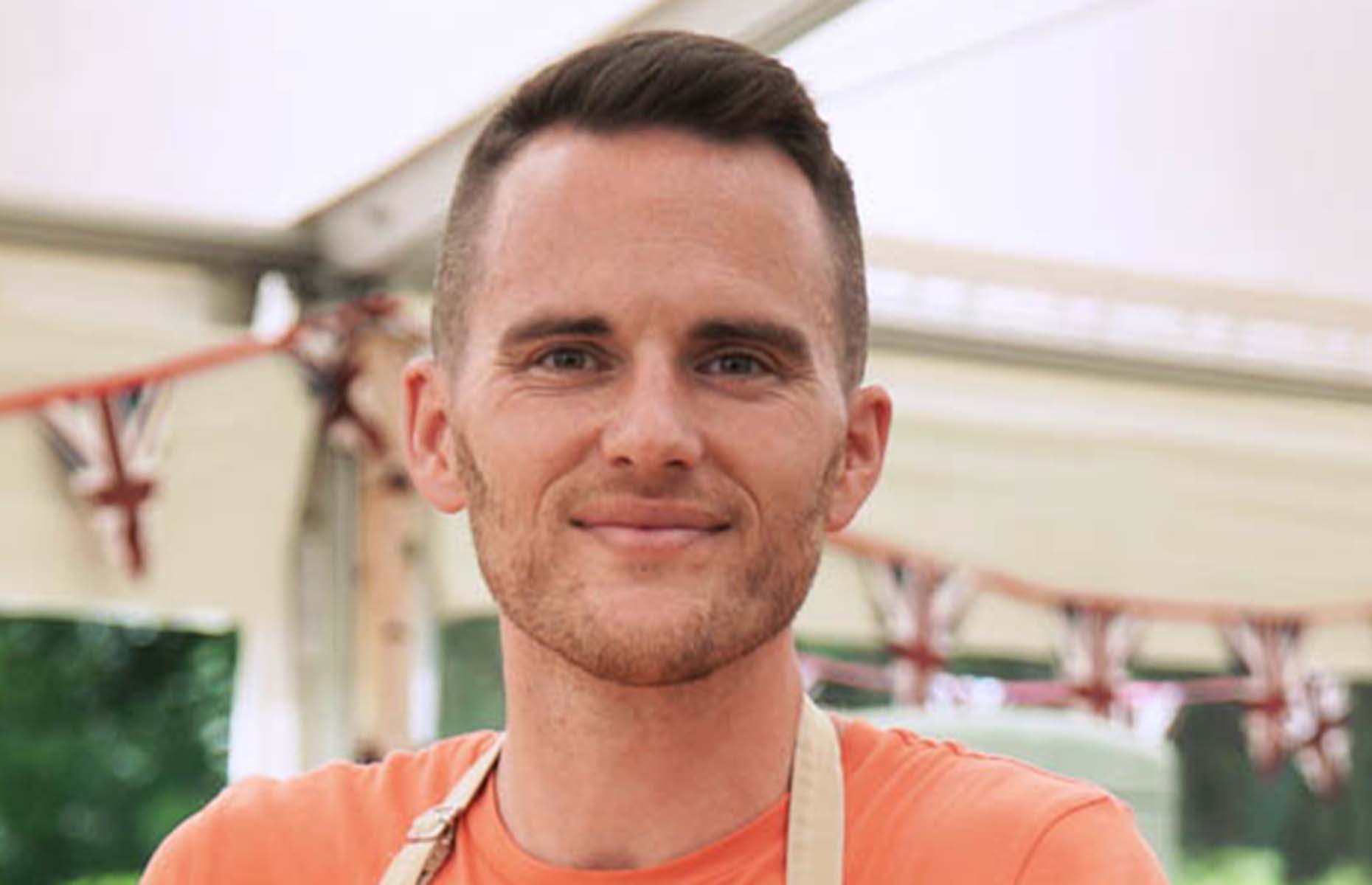 Winner of Bake Off 2018, Rahul Mandal also won the nation’s hearts with his modest character and star bakes. Since his appearance on the show, the researcher has returned to his job at the Nuclear Advanced Manufacturing Research Centre at the University of Sheffield. But he keeps fans updated on Instagram with his most recent culinary creations such as a grand chocolate and coffee tiered wedding cake he made for his colleague's nuptials.

A highlight of series nine, finalist Kim-Joy and her sparkling personality wowed viewers weekly with a string of colourful bakes. And since the show she has released three cookbooks and written for The Guardian newspaper. The baker's latest project, Celebrate with Kim-Joy, is a collection of showstopping centrepieces for every occasion.

READ MORE: An interview with Kim-Joy

GBBO 2017 winner Sophie Faldo surprised the judges with incredible flavour combinations and steely-eyed determination. Since winning the contest, Sophie has returned to her job as an army officer, but not before setting up her own business Sophie Faldo Couture Cakes, which makes bespoke cakes for weddings.

Liam quickly became a fan favourite thanks to his witty one-liners and positive attitude. Since participating in Bake Off's eighth series, the London-born chef has released two cookbooks Cheeky Treats and Second Helpings. Meanwhile, his bubbly personality has landed him a number of prime-time TV presenting roles.

Candice Brown – whose cheeky attitude and creative cakes (remember her marzipan peacock?) often left Paul Hollywood speechless – won series seven after wowing with a “humdinger of a showstopper” royal picnic. Since that 2016 Bake Off final the former teacher has appeared at food festivals and on TV as well as published two cookbooks. Her latest, Happy Cooking, focuses on comfort food to soothe the soul. 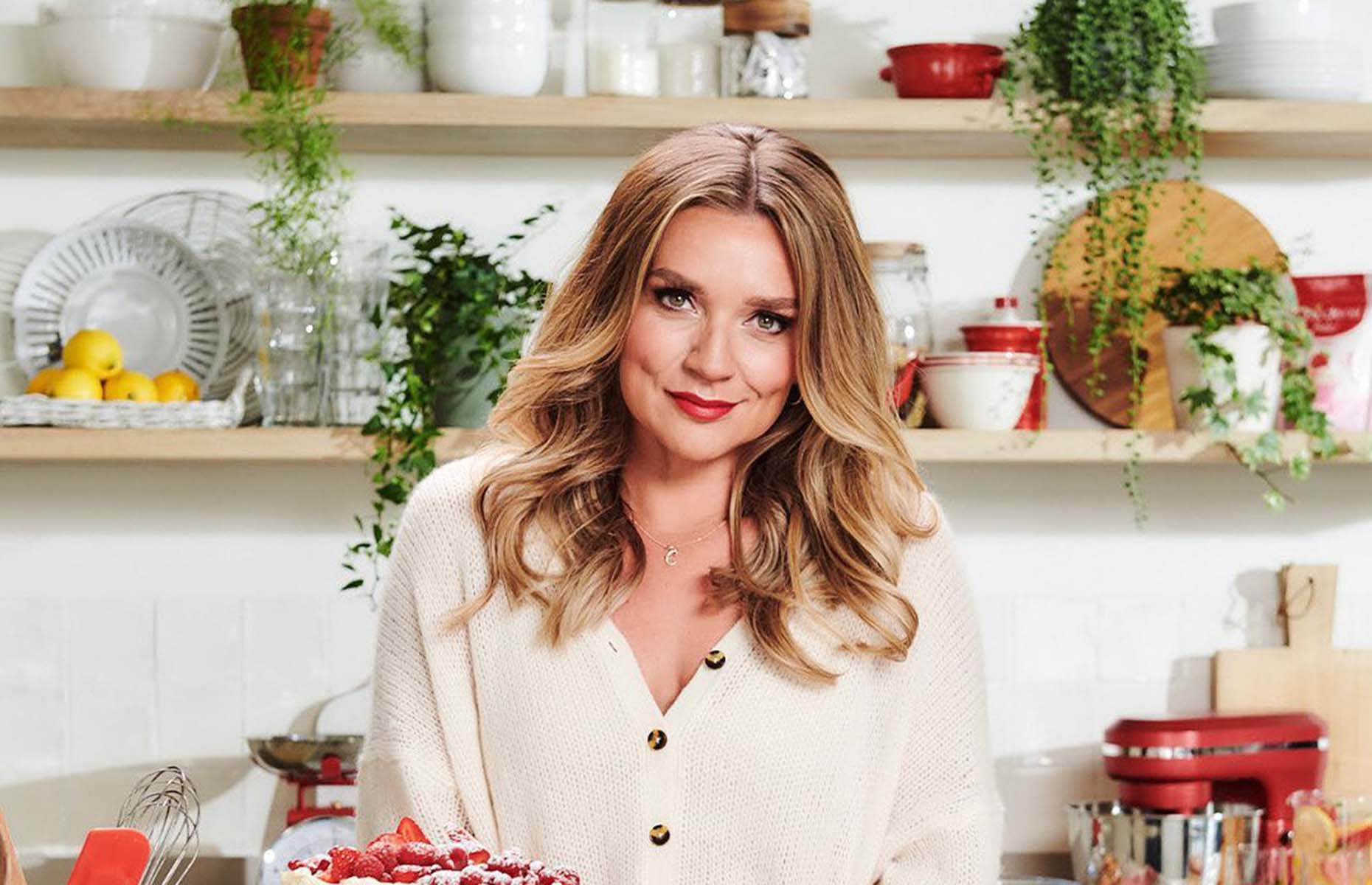 2016 finalist Andrew Smyth was loved for his lilting Irish accent and precise bakes. After the competition ended, the Cambridge graduate returned to his job designing jet engines – he now works a four-day week so he can continue baking. Andrew created an edible jet engine for Prince William when he visited Rolls-Royce, the GBBO star's workplace. Andrew now splits his time between aerospace research, baking and presenting.

Nadiya Hussain’s career took off when she won the 2015 edition of Bake Off. She's appeared on numerous TV shows including a travelogue The Chronicles of Nadiya, penned seven bestselling cookbooks – her latest is called Nadiya's Fast Flavours – and has written for The Times' Saturday magazine supplement. She served an orange drizzle cake for the Queen’s 90th birthday and is a published novelist too.

Nancy Birtwhistle is best remembered for her stunning windmill cake. Since winning series five in 2014, the Hull-born retiree has demonstrated at food festivals, taught in schools, appeared as an after-dinner speaker and been on the other side of the fence as a cake judge. Nancy also baked a cake for EastEnders’ 30th birthday and published a cookbook Sizzle and Drizzle.

In 2013, Frances Quinn beat Kimberley Wilson and Ruby Tandoh to win series four. In 2015, Frances' Quintessential Baking was published and she’s worked for big name brands such as Tate & Lyle. 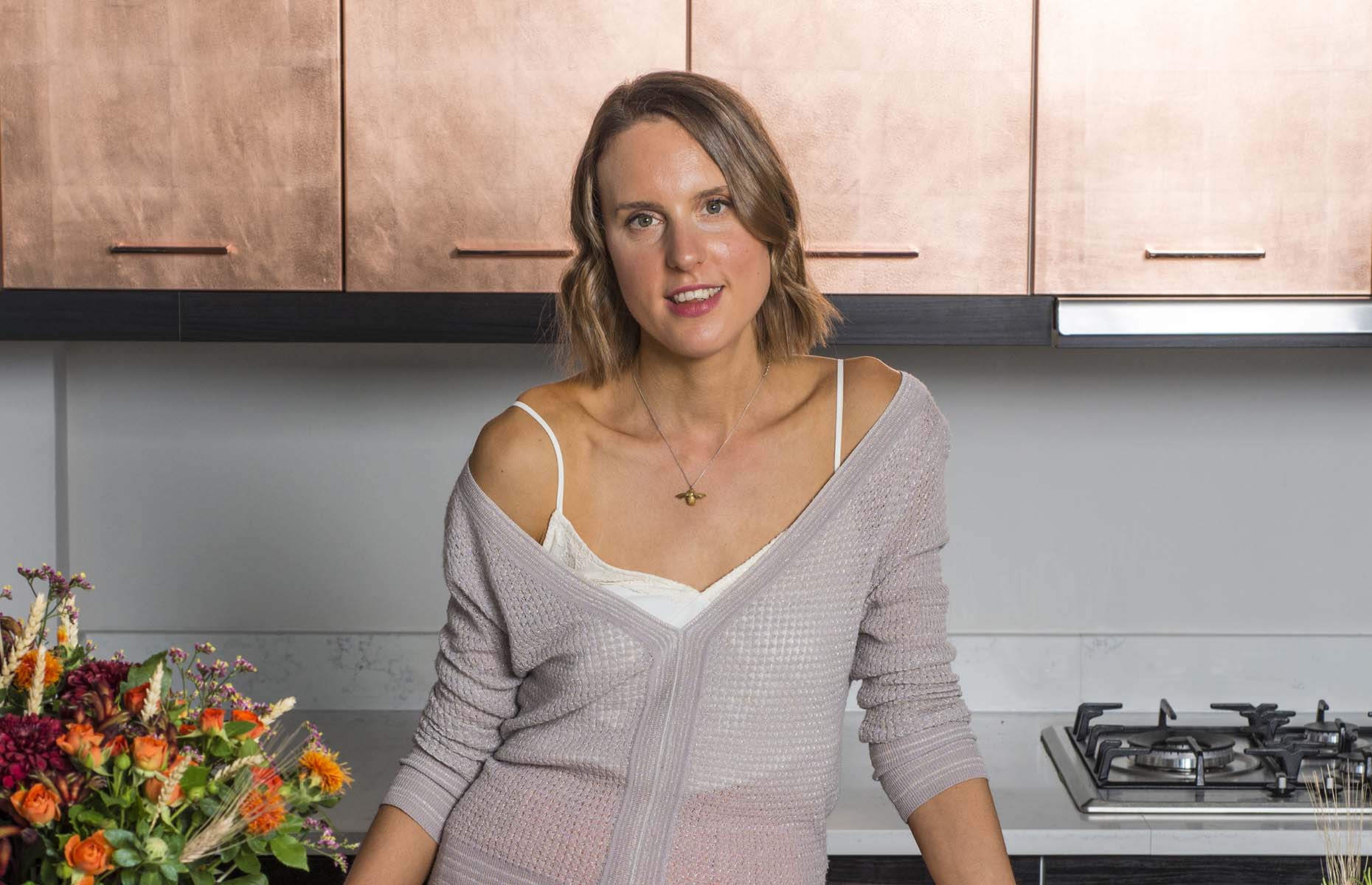 Being runner-up to Frances Quinn on series four didn’t stop Ruby Tandoh from carving out one of the most successful careers of all GBBO's contestants. As well as Crumb: The Baking Book (2014) and Flavour: Eat What You Love (2016), Ruby also writes about body image, sexuality and feminism in her latest book Eat Up: Appetite and Eating What You Want.

John Whaite won the GBBO trophy in 2012 and published his first book, John Whaite Bakes: Recipes for Every Day and Every Mood, in 2013. Whaite also runs the Kitchen Cookery School in rural Lancashire and has previously been a presenter and judge on ITV's daytime cookery competition Chopping Block. Since then he's published four cookery books and is now a regular on Channel 4's daytime show Steph's Packed Lunch. 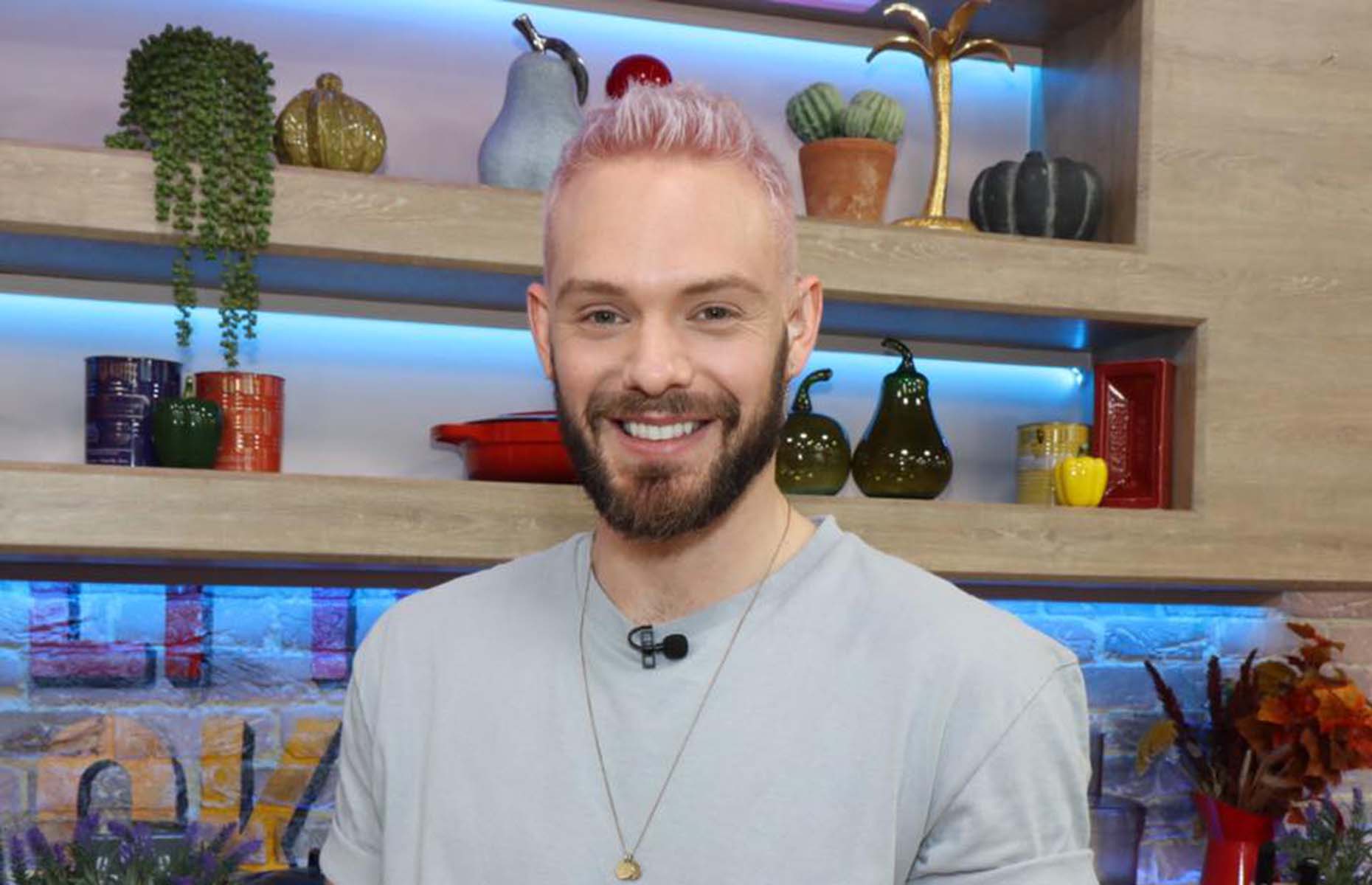 After winning series two in 2011, Jo Wheatley went on to pen two books: A Passion for Baking and Home Baking, write for a number of magazines and appear on TV shows such as The One Show and This Morning. She's also opened a cookery school, which is touted among the best baking schools in the UK. Nowadays, the busy chef likes to travel and keep her followers up to date through Instagram.

Edd Kimber won the very first series of GBBO, which aired in 2010. He promptly ditched his job and has since gone on to forge a successful career as a food writer and TV personality, writing six cookbooks along the way. Ed’s worked at Raymond Blanc’s prestigious restaurant Le Manoir and had a stint as the resident baker on The Alan Titchmarsh Show. His latest project, cookbook called Small Batch Bakes, is due to be published next year.