A complete guide to Comté

In the last decade Comté has gone from being relatively unknown to a cheeseboard essential. Here we take a look at where it comes from and how it’s made.

Comté is to the French what Cheddar is to the English. A ubiquitous hard sharp cheese that is as at home inside an omelette or grated on top of pasta as it is on a cheeseboard.

It’s known for its complex fruity and nutty flavour. People describe tasting notes of everything from banana, citrus and onion to butter and caramel. As it ages its flavour develops and its texture becomes harder and grainier. Pockets of crystals which are often mistaken for salt but are actually amino acids form within it.

Comté has protected designation of origin status so it can only be produced in the Franche-Comté region in eastern France and all of its distinctive characteristics are down to this area.

The Jura hills on the border between France and Switzerland have 576 different species of plants the Montbéliarde cattle graze on. The cows' diet impacts what qualities the end product has. 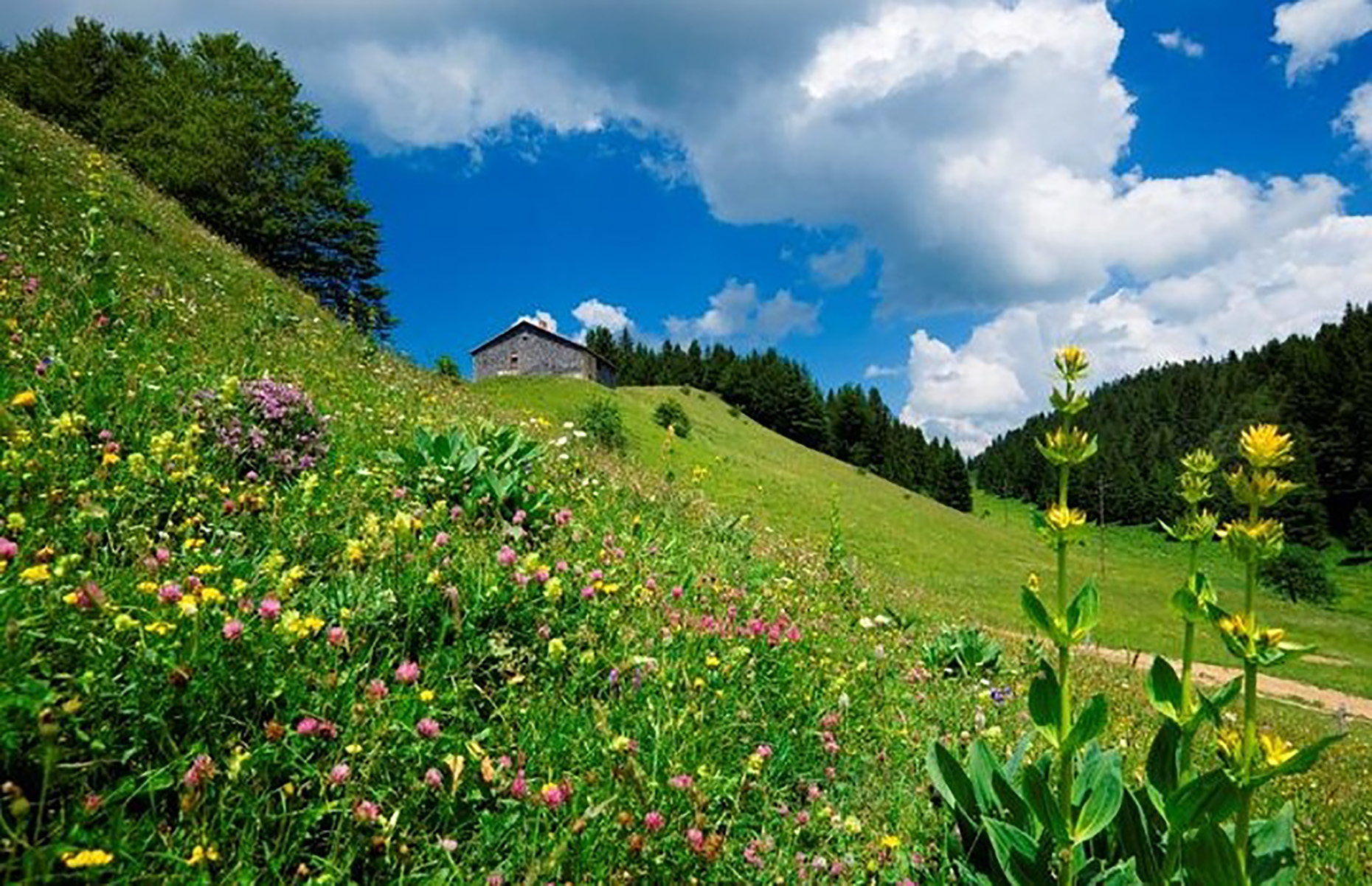 What’s more, Comté regulations ask each cow has at least one hectare of pasture each. This ensures preservation of the field’s biodiversity and leads to happy, healthy cows.

READ MORE: Everything you've ever wanted to know about Paneer

The area is also unique in that the landscape changes drastically between winter and summer. In summer cows eat a diet of flowers and in the winter the ground is covered in snow so they feed off hay. This leads to two types of cheese, a pale winter one and a yellow summer one. 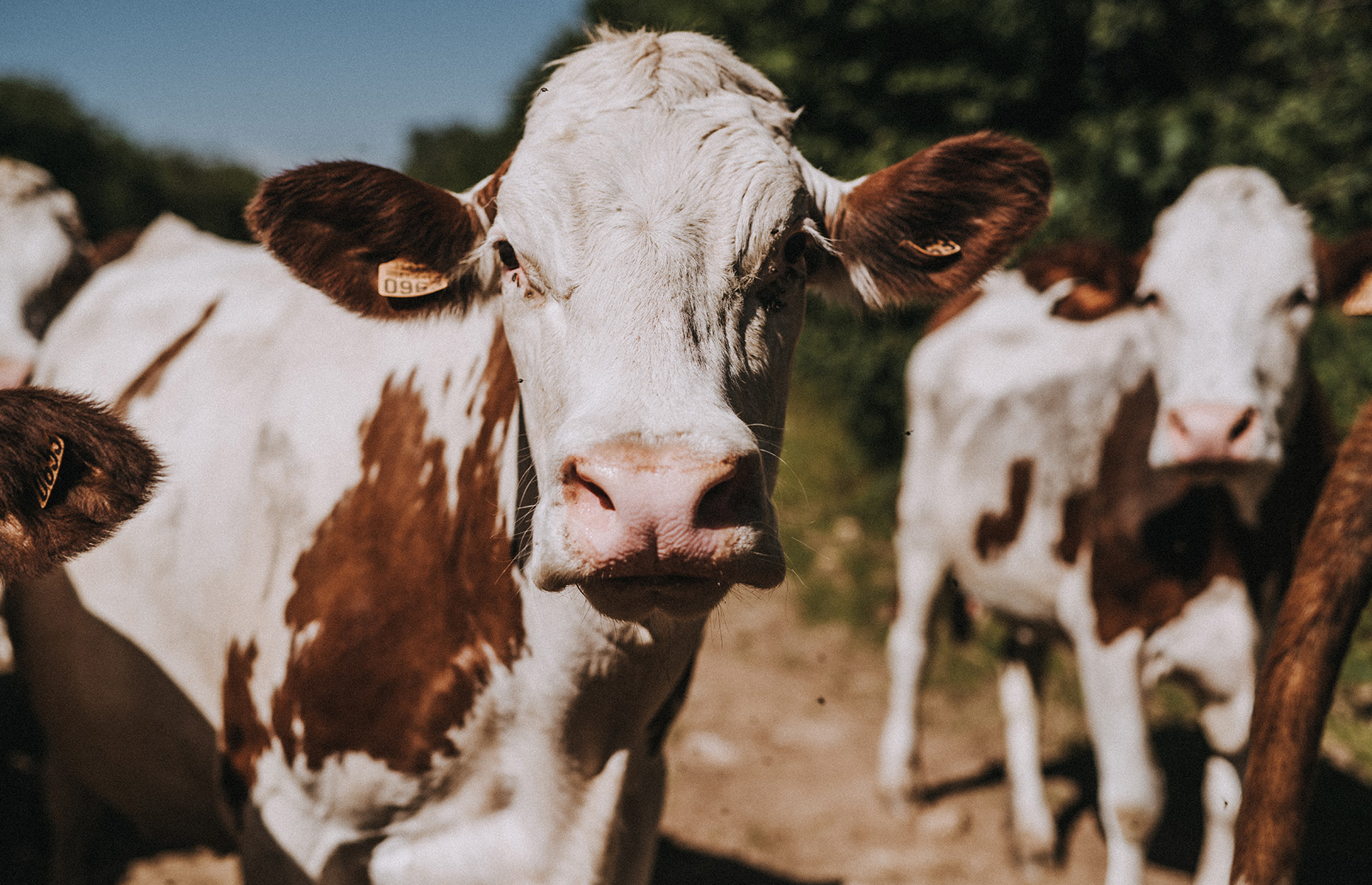 Farmers in the region work in collectives and pool their milk at dairies, so cheese will be made with milk from a number of farms. At the end the fruitière (cheese maker), the affineur (person who ages the cheese) and the farmers share the profits.

Lastly, the unique atmosphere and microflora inside the region’s cellars also lend the cheese flavour.

How is Comté made?

Comté starts at the farm with cows being milked twice a day. The milk is then chilled to 12°C (54°F) and transported to a dairy no further than 15 miles (25km) away to be turned into cheese within 24 hours. 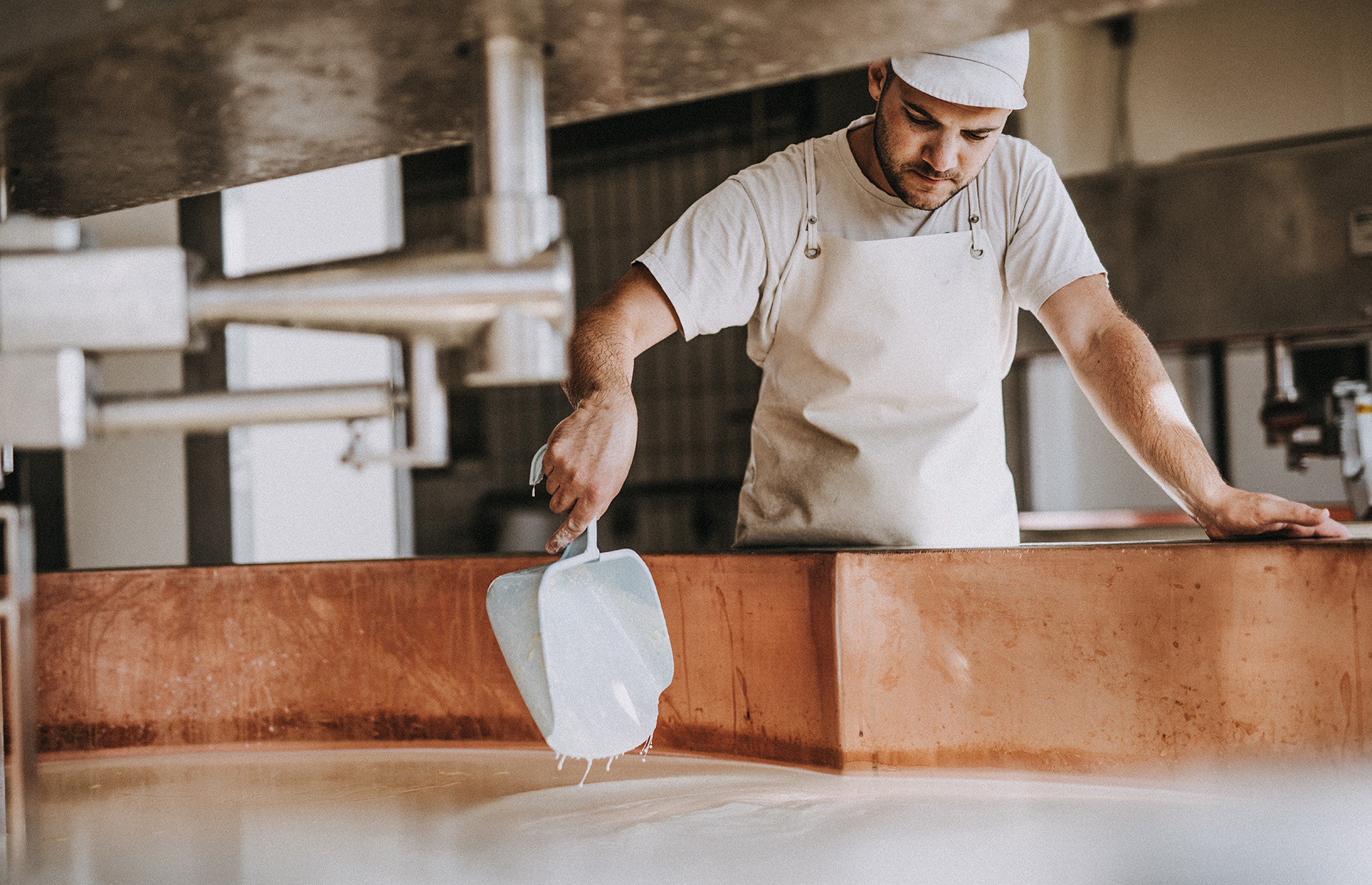 At the dairy milk from different farms is combined in copper cauldrons. Since Comté is made with raw milk, it is not pasteurised. It’s simply heated to 32°C (90°F) initially, a starter culture and rennet is added to separate milk into curds and whey. Then it’s heated to 56°C (133°F).

The cheesemaker monitors it constantly while the curds are stirred and sliced into fine grains.

Once the curds are ready the whey is pumped out. However, it’s saved as its heat energy is used to bring the temperature of tomorrow’s milk up. After that, it's still not wasted and shipped off to become pig feed.

Meanwhile, the curd is pressed in moulds for six hours where it forms young, supple cheese wheels. At this stage they don't taste like cheese and have a mild flavour and rubbery texture. 450 litres (396qt) of milk makes one 40kg (88lbs) Comté wheel. 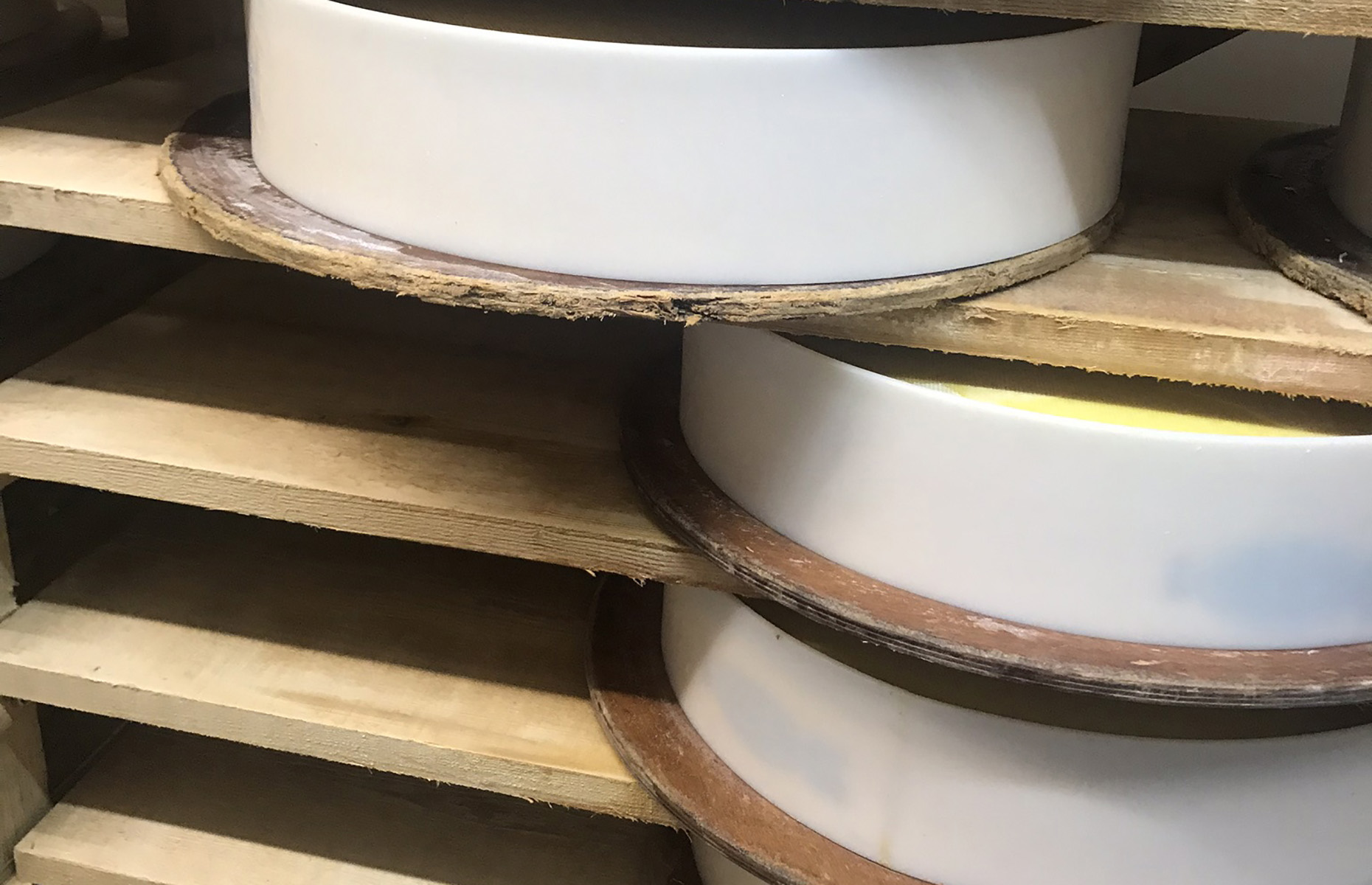 The first 48 hours are important as this is when the rind is formed. The cheese wheels are brushed with salt, rotated intermittently and stored on wooden shelves where they’re allowed to breathe. These wooden shelves are never washed – they’re only rinsed with water – to allow good bacteria cultures to thrive.

After three weeks in the fridge the cheese can be moved to the cellar. It’s marked with the month it’s produced and the cellar it’s aged in. 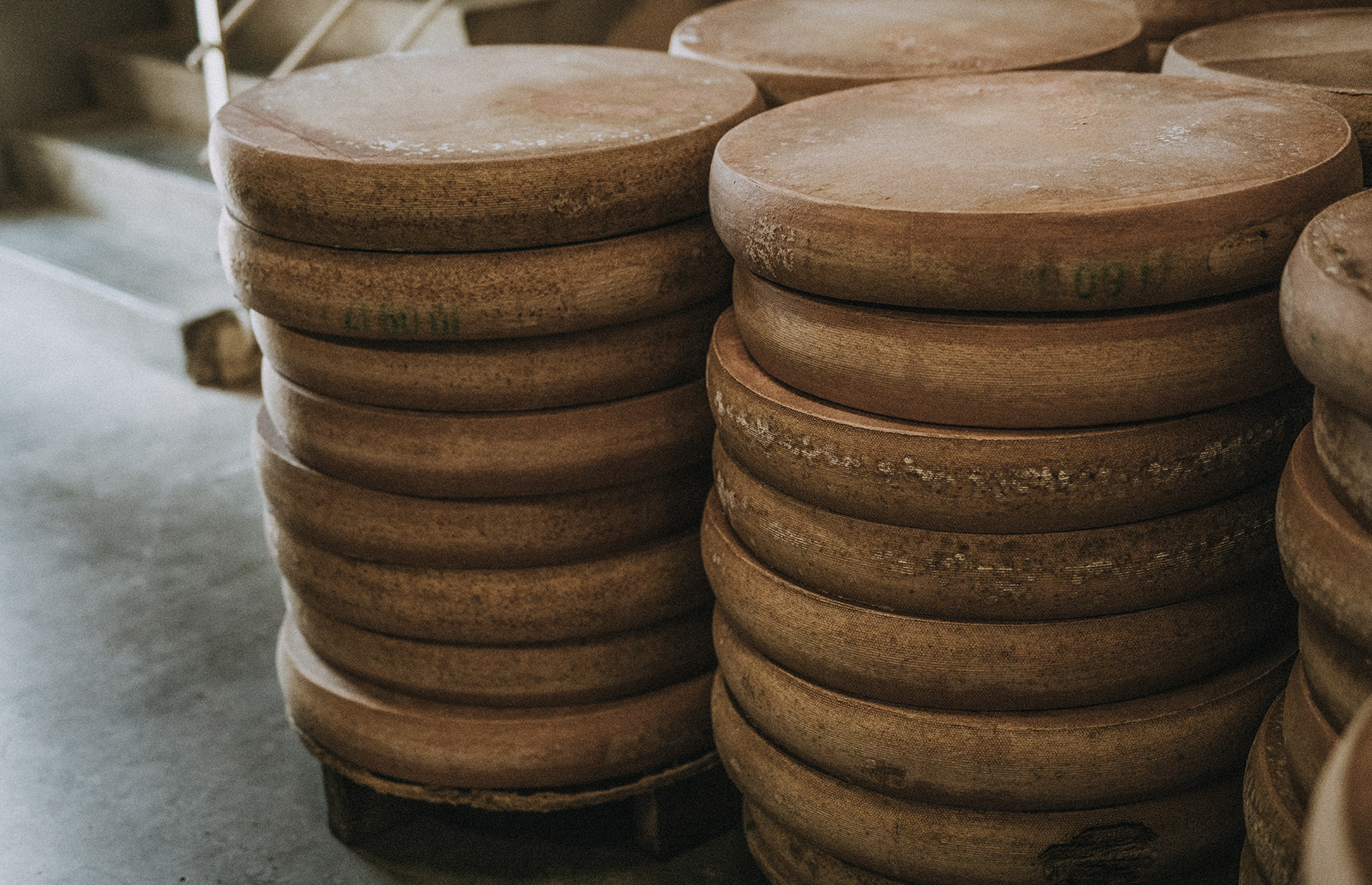 How is Comté aged?

Comté is aged for a minimum of four months in a maturing cellar. There is no maximum age it’s matured to, but eight, 12, 15, 18 and 24 months are all popular.

At a maturing cellar such as the Fort des Rousses, an old Napoleonic fortress near the Swiss border, maturing cheese wheels are watched closely by the affineur. They’re routinely brushed with brine and rotated, and the same brush is used for young and old cheeses to encourage growth of microflora. They’re also inspected and sampled. If the affineur believes a wheel will mature better elsewhere in the cave they will move it.

The climate here is perfect for cheese maturing. The thick stone walls at Fort des Rousses keep the cellar between 7°C (45°F) and 14°C (57°F) – some rooms are warmer than others and the cheese gets moved about according to what it needs. The atmosphere is damp and the air full of ammonia. Vaulted ceilings encourage the air to circulate. At 538,196 square feet (50,000 sq m) housing 55,000 wheels, you can think of it as a cheese cathedral.

How to buy Comté

When it comes to buying Comté, older isn't necessarily better. Young cheeses are milder and less expensive but have equally complex flavours as older cheeses. Sometimes experts will hide the age of a cheese from potential buyers until after it has been taste tested to prevent age bias.

Summer and winter Comté have slightly different flavour profiles, but no two wheels of Comté ever taste the same.

Try Comté before you buy it and choose based on personal preference and price point. Some people like to use younger, less expensive cheeses in cooking and save older, more expensive ones for eating as they are. 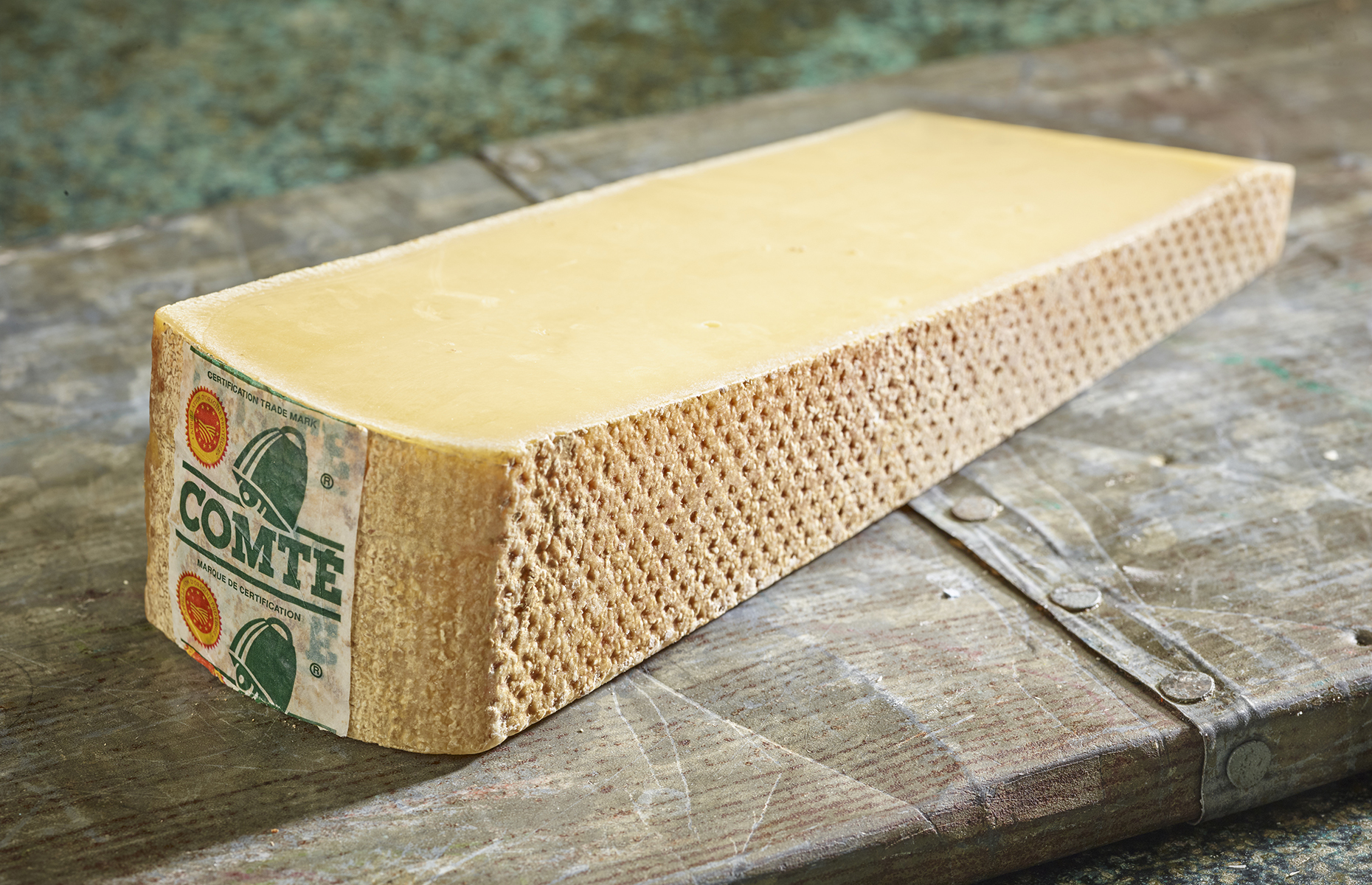 What can I do with Comté?

Comté melts well and makes the most luxurious fondue teamed with garlic, Jura wine or dry white wine, and herbs. Use 10-18-month Comté if possible and serve with cured meats, cornichons, boiled potatoes and crusty bread. This dish is a staple at restaurants throughout the Comté region. 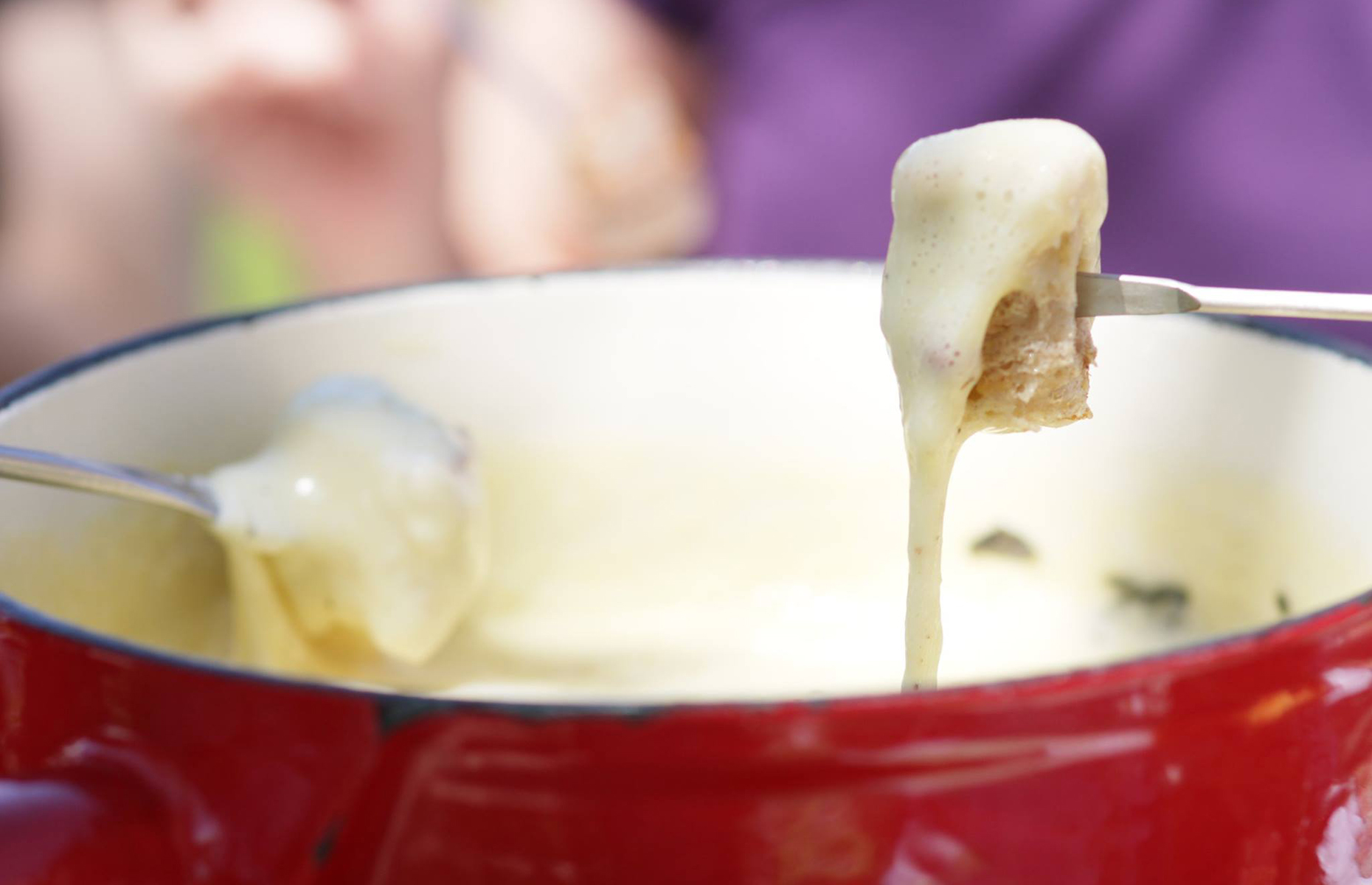 The hard cheese can also be used in place of another, such as Cheddar or parmesan in recipes. Try grating it over sprouts and pancetta to make an indulgent vegetable gratin, into a rich butternut squash risotto or a savoury crêpe with ham.

Or enjoy it as it is with fresh fruit, chutney and Jura wine such as Vin Jaune. Take it out of the fridge and allow its temperature to rise to between 15°C (59°F) and 18°C (64°F) degrees before serving. 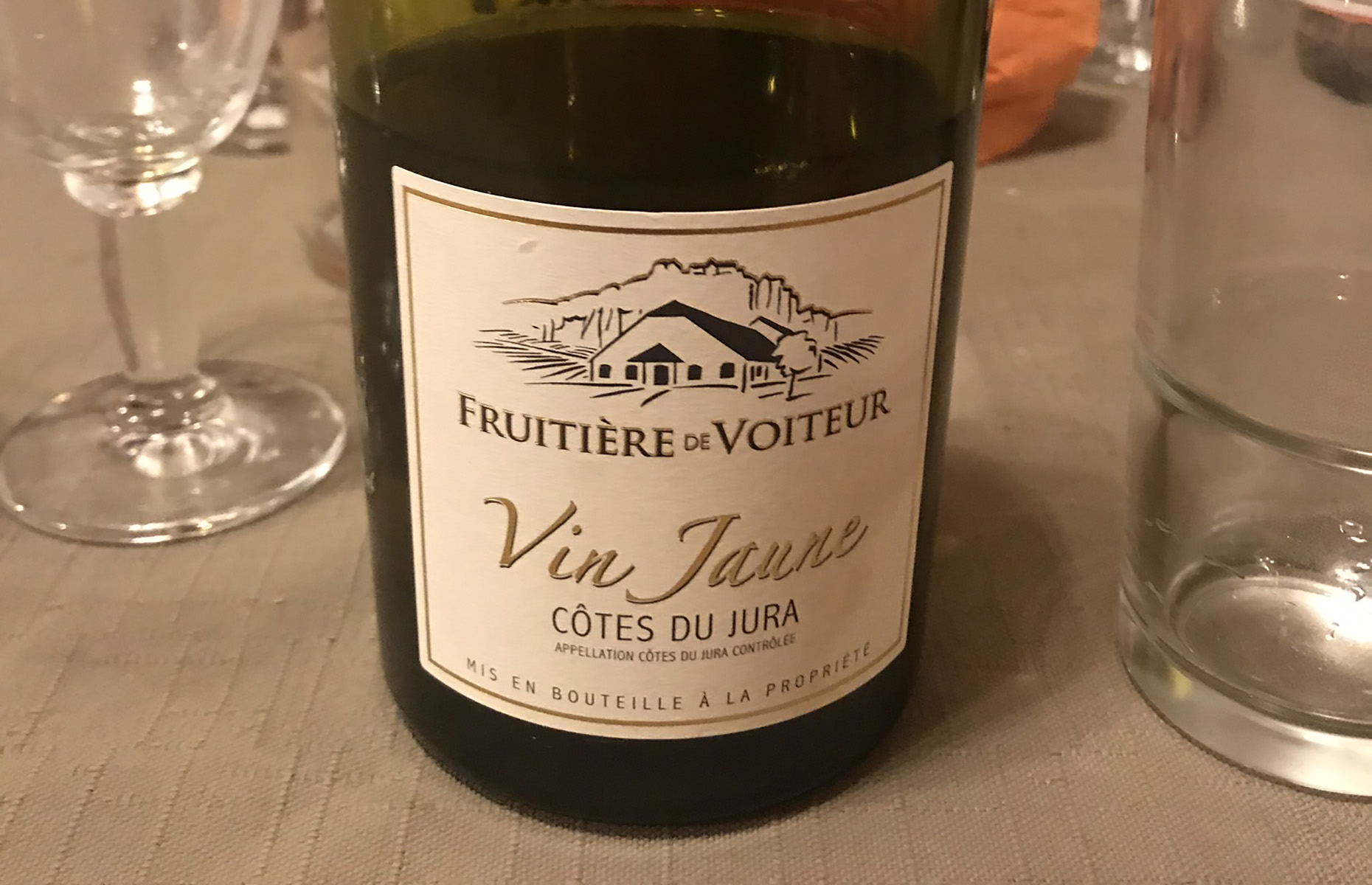