Nothing says Christmas like the heady cinnamon-and-orange scent of mulled wine – or burning your fingers in your haste to get your hands on a hot mug. Here's a history of the festive drink plus how to make it yourself.

What is mulled wine?

At its simplest, mulled wine is heated and sweetened red wine infused with spices and (usually) citrus. Exactly which spices, and whether or not it should be spiked with brandy or other spirits, is a subject of great debate.

What’s the history of mulled wine?

We can thank the Romans for inventing conditum paradoxum, generally agreed to be the first recipe for mulled wine. It was drunk as early as the 5th century. At the time, wines were quite unlike the mellow merlots and powerful cabernets we are used to today, usually mixed with honey and medicinal herbs – this was handy for preservation, given soldiers were rationed around five litres of wine per week. 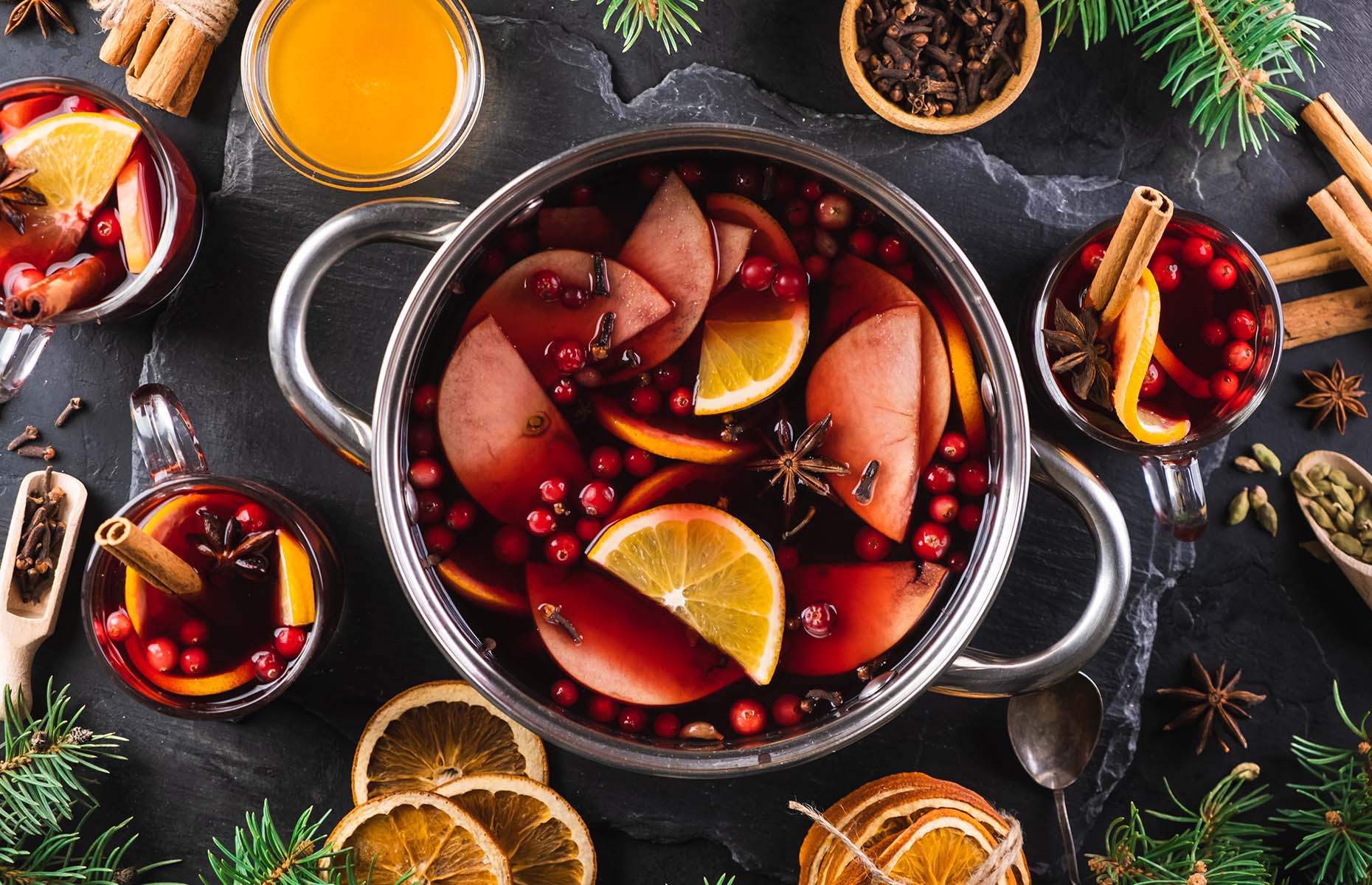 Throughout the Middle Ages, mulled wine remained a fixture on menus in Europe. Crude recipes appeared in Taillevent’s Le Viandier and the Forme of Cury among other early cookbooks. A few centuries later, it was cemented as a British classic during the Victorian era. In 1843, Charles Dickens wrote about a mulled-wine punch known as Smoking Bishop in A Christmas Carol. Shortly after, the inimitable Mrs Beeton included a recipe for mulled wine in the 1869 edition of Mrs Beeton’s Book of Household Management.

READ MORE: How to build the perfect Christmas cheeseboard

Where is mulled wine made?

Mulled wine has long been drunk across Europe, but goes by many different names. In Germany and Austria, it’s known as glühwein and often simply spiced with cloves, cinnamon and star anise. Head to Norway and you’ll find it as gløgg, spiked with the local liquor aquavit, while in Sweden a glass of glögg may come with raisins and blanched almonds. 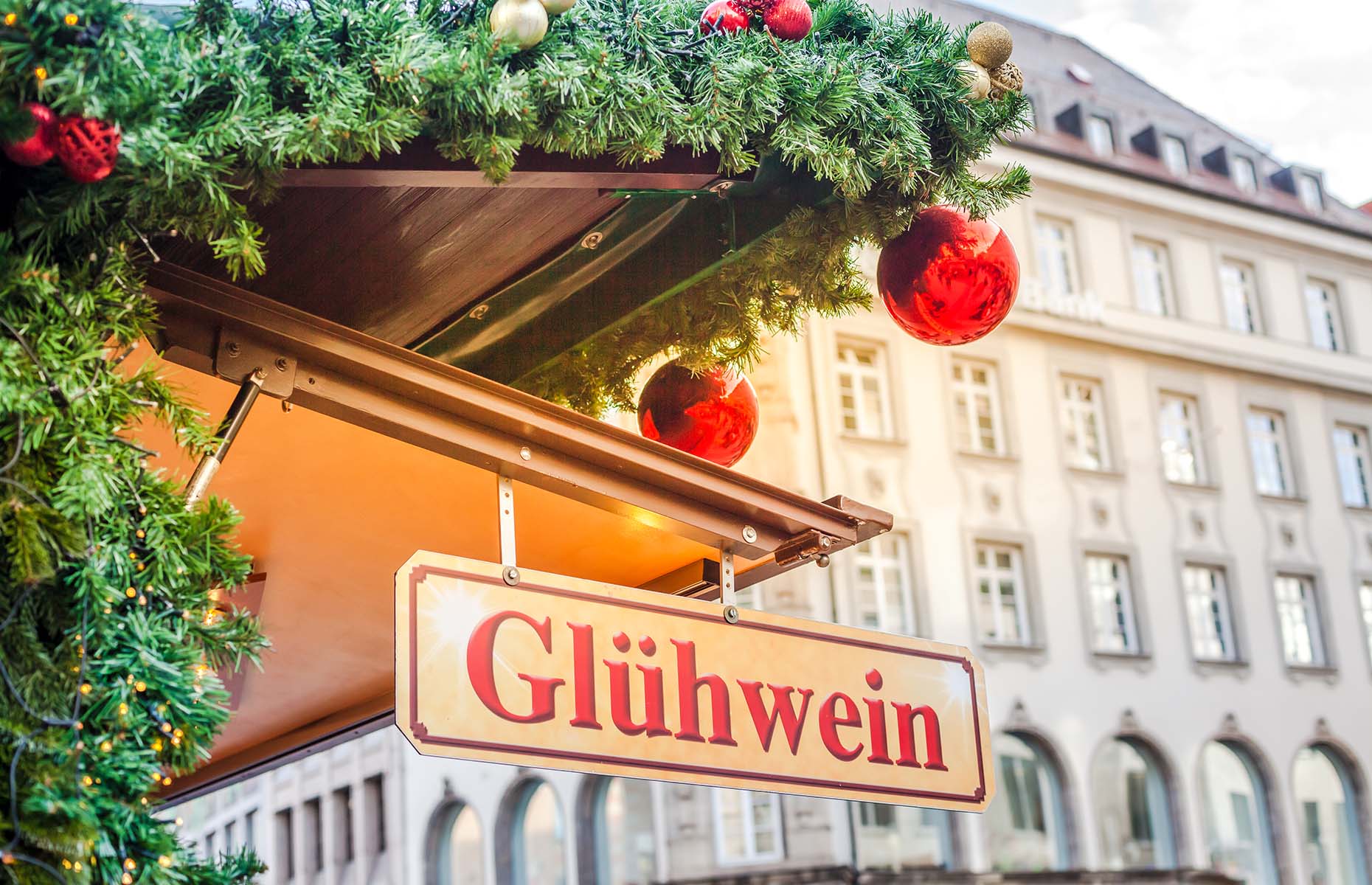 The French – never a nation to miss an opportunity to celebrate their fine wines and spirits – make vin chaud. They tend to go lighter on the cinnamon in an effort not to mask the flavour of the wine but add a healthy splash of cognac at the end. Versions also appear everywhere from the Netherlands to Hungary.

Hop across to Canada and and you’ll find a North American recipe for mulled wine with an equally impressive history. Caribou has been a Québécois speciality since it was first drunk by fur traders in the 1600s. It’s often stronger than European brews, with whisky and maple syrup usually added to the mix.

READ MORE: Our best-ever recipes to get you through Christmas

What's the best wine if you're making your own mulled wine?

Warm wine doesn't mean bad wine. You certainly don’t want to simmer a Château Haut-Brion, but equally that boxed wine you forgot about from last summer probably isn’t the best choice. You want to choose a bottle that’s palatable to start with, and something that has a little weight. Skip the New Zealand Pinot Noir and anything from Beaujolais in favour of an oaky Rioja or a fruitier Australian Shiraz.

What are the best mulled-wine spices?

It’s important to use fresh and whole spices. And unless you want to sip your mulled wine through a powdery film, steer clear of anything pre-ground. The most common mulled wine spices are:

According to your personal taste, you may also want to add: 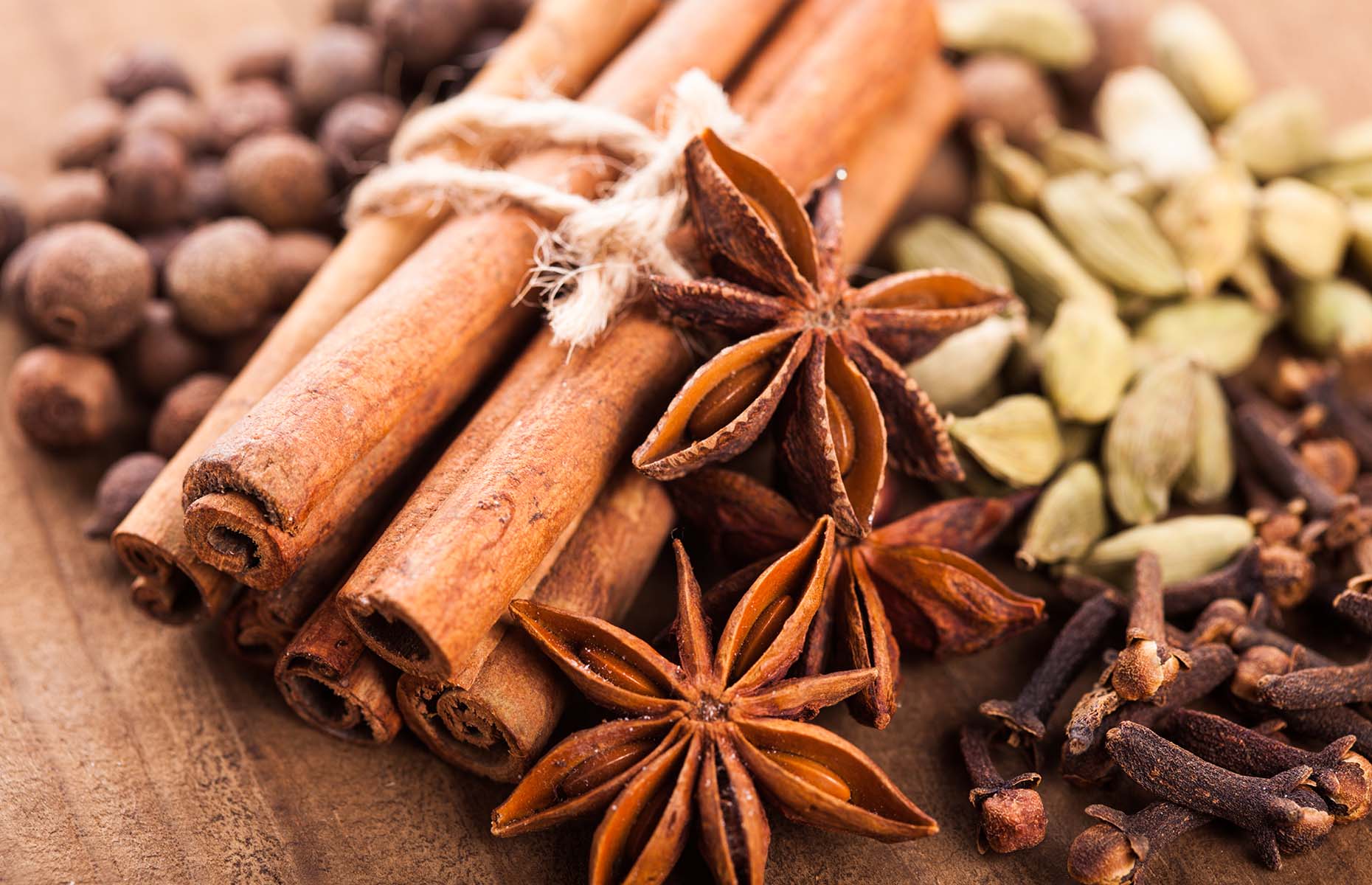 To zest or not to zest?

A curl of zest isn’t just a handy garnish, it’s traditionally added to the mulling mix. Lemon and orange peel will complement the aromas of the spices. Alternatively, for all-out Christmassy-ness, throw in a few clementine segments.

To balance the bitterness, most recipes call for sugar – although you can also use honey or maple syrup.

Should you add spirits or liqueurs?

There’s no better way to get into the Christmas spirit than spiking your mulled wine with something a little stronger. Brandies are the classic choice. Simpler styles will give it a kick without drastically altering the flavour; while Cognacs and Armagnacs add deeper caramel notes. If you want to go big on citrus, reach for Grand Marnier or Cointreau. Sloe gin can also work surprisingly well, while a sticky port will help up the sweetness. 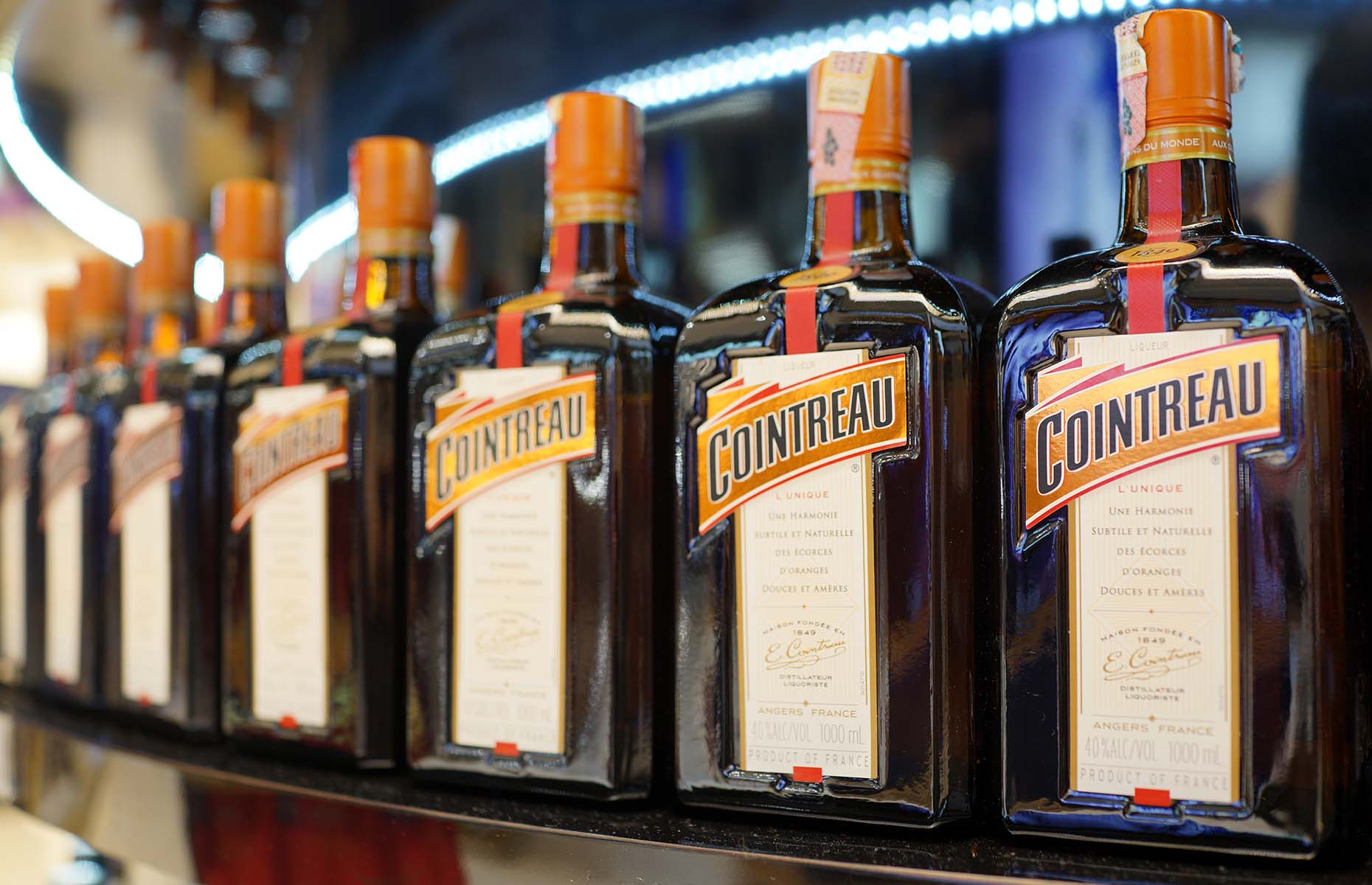 What’s the best way to make and serve mulled wine?

There are two schools of thought when it comes to making mulled wine. The most traditional method is to add all the ingredients to a pan and simmer for around twenty minutes, being careful never to let the alcohol boil off. You can then serve it straight away or leave the wine to infuse before reheating to a glass-friendly serving temperature later on.

Others swear by the syrup method. This requires sacrificing a little wine at the start, which you boil with the sugar and spices for around five minutes until you’re left with a rich syrup. You then add the rest of the wine and simmer, giving it a stronger flavour than you would achieve by simply warming the wine with the spices and zest alone.

Whichever approach you choose, spirits are best added at the last minute before you strain and serve. Cinnamon sticks, orange slices and star anise make great garnishes, but use fresh rather than soggy leftovers from your mulling pan. 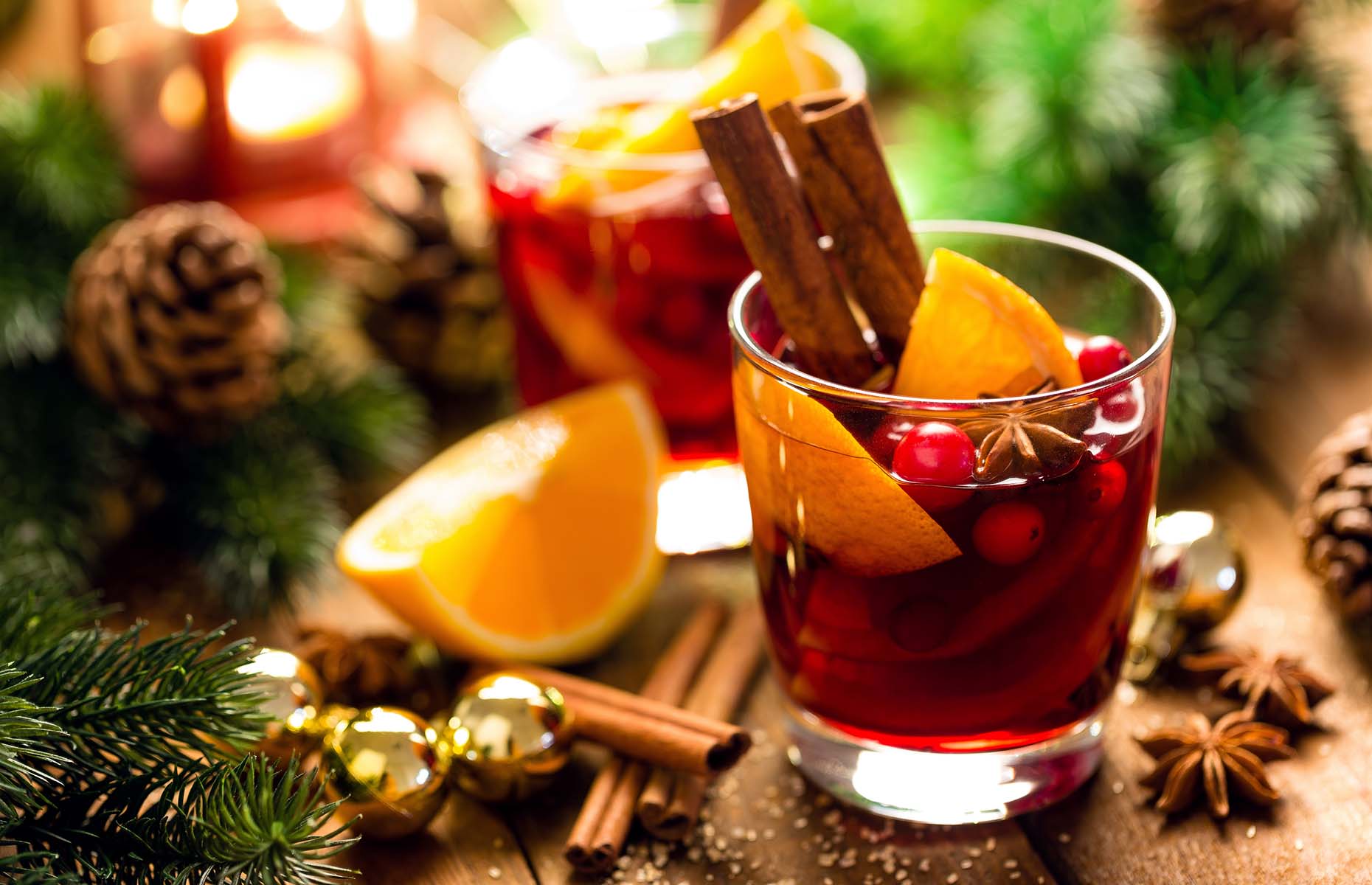 Are ready-made mulled wines any good?

Pre-made mulled wines tend to be poor value compared to homemade. Some have mysteriously low alcohol percentages, so be aware that either something has been added to dillute them or alcohol has been burned off along the way. Supermarket blends from Tesco and Sainsbury's normally offer cheap and cheerful options, while M&S offers a slightly classier spin on a similar recipe as well as mulled wine syrup to add to wine. Most supermarkets also sell ready-made spice blends for mulled wine.

A better option is to buy mulling mixes, such as Fortnum’s spice bag, which you can always tweak to your liking by adding extra spices you have at home. Selsey Foods make a superb mulling syrup (available online and from Lakeland), which makes divine mulled wine and can be used in baking too.

READ MORE: These are the best supermarket mince pies

What else can I make with mulled wine?

If you find yourself in the unusual situation of having leftover mulled wine on your hands, don’t despair. There are plenty of ways to use it up. One of the easiest waste-not-want-not recipes is to reduce down the liquid and turn it into a glaze for a joint of ham. If you’ve got more of a sweet tooth, use mulled wine as a poaching liqueur for pears, which are delicious as a dessert on their own or baked into a sticky pear and ginger cake or a tart. 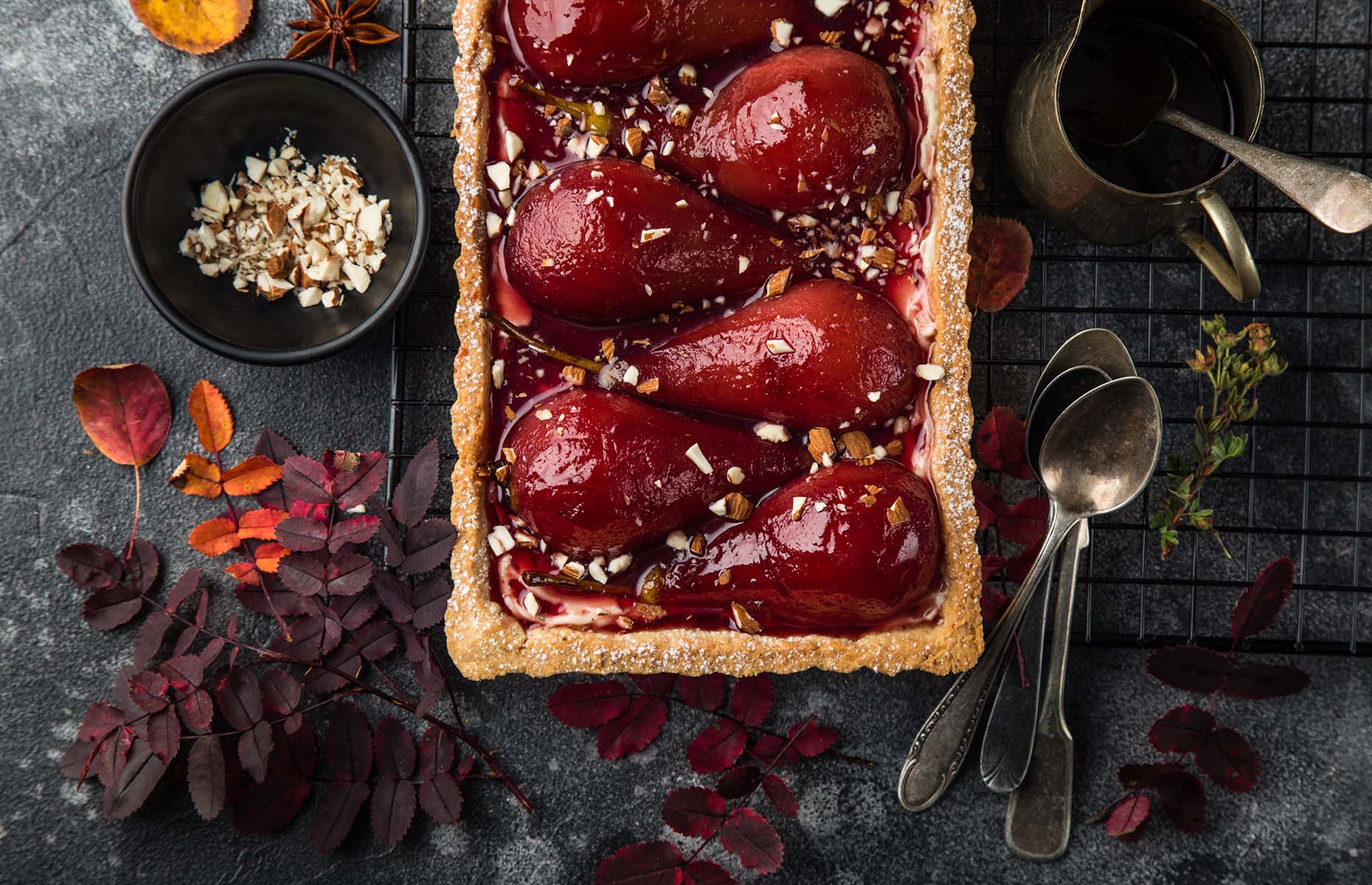