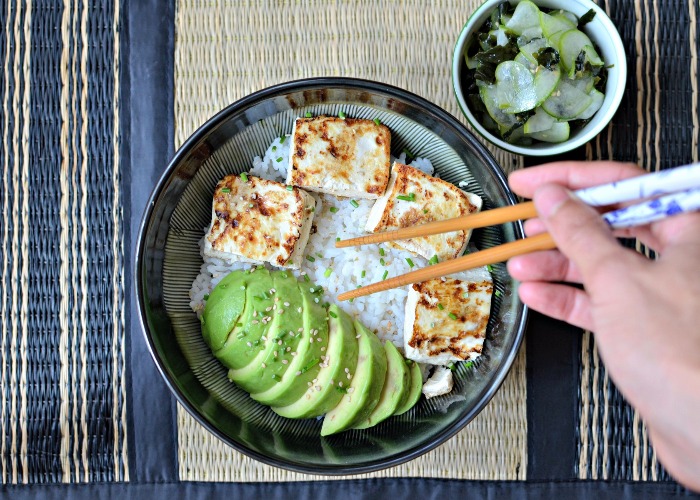 When writer Lottie Gross embraced veganism, she hoped it would be a lifelong change. It didn’t quite go to plan.

From the start I was a bad vegan. I love meat. I was brought up on a traditional British diet of meat and two veg and carried that with me through university and into my adult life. I ate meat twice a day, every day, and at weekends sometimes at every meal.

The day I gave up eating meat I had one last beef brisket sandwich from my favourite food hall in London – Mercato Metropolitano, if you're interested – and mourned Sunday roast lamb, greasy burgers, bacon sandwiches and sushi.

It all began with the film Cowspiracy, which details the devastating environmental impact of animal agriculture. Many of my friends and colleagues had watched it and turned vegetarian, leaving me intrigued by its power yet afraid of how it might affect my views. My partner watched it with me to "make sure I didn’t go veggie", but half an hour in we both knew we didn’t want eat another burger again.

Seeing the damage animal agriculture can cause was astonishing. In a relentlessly fast-paced narrative, the film examined the shocking numbers behind the farming industry, from emissions to water waste. I desperately went searching for information online that would counterbalance what I'd learned, but found nothing from reliable sources.

I quickly realised that eating meat and dairy while doing my job – I'm the editor of loveFOOD's sister site loveEXPLORING and travel regularly for work – was unsustainable. I genuinely care about the environment and worry about climate change, and on learning about the impact of my diet on the planet (I'm well aware of what my travel habits do) I knew something had to give.

It was a bitter Sunday in February when I vowed to go vegan. I lasted approximately one full month.

It was exciting initially to have a new project. The challenge was big – anyone who knew me laughed at the prospect of me going vegan – but I was up for it. I've never had a great relationship with my kitchen so this provided an opportunity to finally get into cooking. I bought 15 Minute Vegan, which turned out to be my saviour, and Googled tofu, seitan and "plant-based diet".

It quickly became frustrating though. Not least because it doubled the length of my weekly supermarket shop as I strained to read labels (so many everyday items aren't suitable for vegans, including many wines and beers), but also because I found myself craving meat. I was getting food FOMO of the highest degree as I watched friends tuck into mac ‘n’ cheese or devour a juicy steak.

Options for vegetarians are too often limited, and the choice for vegans is even worse. I went to many a pub or restaurant with no vegan dishes at all. Thankfully, chips are vegan pretty much anywhere.

Then I got sick. I caught a cold that lasted for a full month, which no doubt was perpetuated by my sudden and drastic change in diet. My body started reacting to the lack of meat and dairy, affecting everything from my skin to my monthly cycle. It certainly wasn’t a sign of a healthy lifestyle.

I quickly found veganism was unsustainable for the way I live, what with all the travel (vegan options were limited on my recent trips to South Africa and Japan) and my relentless love for cheese. I was becoming unhappy and uninspired at mealtimes and regularly pined for my favourite foods.

Eventually I caved. I don't remember my first foray into non-vegan food but it wasn't much more than a month after I watched the film. One burger here lead to a rack of ribs there and soon I was back to indulging in meat and dairy on a semi-regular basis – with adverse effects. I'm now suffering from eczema for the first time since I was a baby, and the more meat and dairy I eat, the worse it gets.

It affected me psychologically too. I spent six months calling myself a vegan but feeling a pang of guilt each time I "broke the rules", not realising I was the one who had made them and that no one else was keeping tabs.

I don't regret my month as a vegan though, and it was a serious wake-up call. After consuming meat at least twice daily, today I probably eat meat twice a week instead. For me, that's a big enough change to feel like I'm lessening my impact on the environment and feel good about my decisions.

Now I follow some basic guidelines: we won't cook with meat at home and I try to avoid dairy as much as possible, and I'll always endeavour to find an animal-free alternative for lunch. When I'm in a restaurant, if the vegan choices on a menu are rubbish I'll aim for fish, and failing that I'll go for dairy – meat is a (delicious) last resort. But when I really crave something I'll allow myself.

After all, food is as much about enjoyment as it is nourishment, so why deny yourself the pleasure?

What is nutritional yeast and how do you use it?