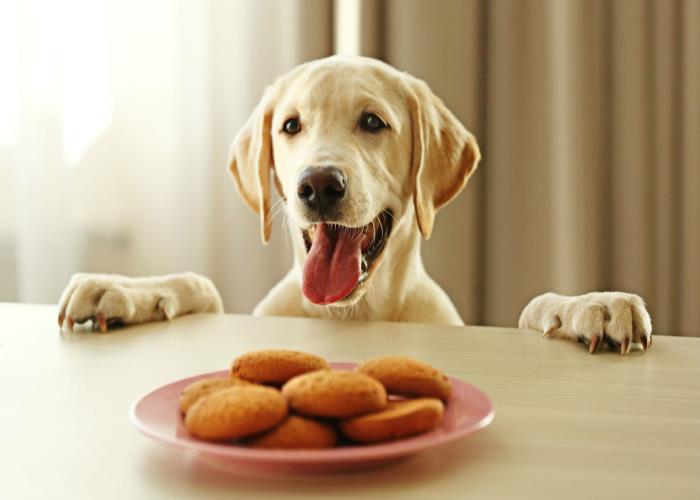 We all love a biscuit with our cuppa. Here, we reveal our ultimate favourites.

Few of you will be surprised to hear the humble digestive named Britain’s favourite biscuit. We scoffed 141 million packets of biscuits last year, and one in nine of these tea time sugar spikes was a digestive.

Digestives are no-nonsense biscuits. Perfect for dunking because of their fantastic absorbent qualities, and sweet enough without a chocolate coating – though we love them with one, too.

It is difficult to reveal the best of the rest though, because our tastes vary from region to region, and even depend on which paper you read.

Cookies, jam rings, chocolate fingers and rich teas are all up there. Northerners and people in the Midlands have a thing for fig rolls, Sun readers a penchant for pink wafers. Hobnobs are the favourites in Yorkshire, it’s jaffa cakes all the way in Northern Ireland and the Scots love  - no prizes for guessing this one – shortbread.

Other top treats are malted milks in the north east and West Midlands and garibaldis, if you’re a Daily Mail reader.

The figures come from Sainsbury’s Nectar data (those cards help retailers profile you as well as earn points) and show that we have spent £123m on biscuits over the past 12 months – how much of that does your personal biscuit spend account for?

At lovefood.com we’ve decided to celebrate the five best dunkers after our beloved digestives (I’d take mine with dark choc, every time!). Cookies aren’t getting a look-in, I’m afraid, because, delicious as they are, they aren’t really a proper tea time biccie if they are the chewy American sort.

Cadbury’s Chocolate Fingers are the most popular chocolate biscuit in the country. According to Mysupermarket, these yummy choc treats bag 0.99% of the entire biscuit market.

They are, of course, an incredibly versatile biscuit, good for kids’ parties, handing round the office and sharing at home.

But it’s their dunking qualities that really bring chocolate fingers into their own – a moment in the tea and then you can suck the chocolate off and crunch down the biscuit. Genius.

This crunchy, oaty wonder didn’t make the top five British biscuits, but if you’re looking for a hard-working dunker, this is a stand out product. Really, the hobnob is a fancy play on the digestive, leaning into flapjack territory. It’s made from rolled oats and jumbo oats and will suck up a brew as effectively as any dunker.

Hobnobs were originally only available with milk chocolate, but a plain version was launched in 1987. It’s also the most popular of all the plain biscuits on sale, according to Mysupermarket, though this category doesn’t include digestives.

Do you remember its clunky catchphrase? “One nibble and you’re nobbled.”

Ok, so officially “jam rings”, not jammie dodgers, are one of our top five best loved biscuits, but we all know them by the brand name jammie dodgers because it’s so much more fun to say than plain old “jam ring”. Agreed?

Jammie dodgers are a multi-tasking dunker because the shortbready biscuit will soak up your tea while the jam provides a good sugar hit. Diehard fans say they like to pull the two biscuits apart and lick out the jam. And the version with custard inside deserves a mention too, as we couldn’t squeeze the classic custard cream in here.

Burtons, who make jammie dodgers in many varieties, including wagon wheel and mini versions, have 12.15% of the sandwich biscuit market, with their original 150g pack naturally being the most popular - according to Mysupermarket.

But the biggest selling sandwich biscuit is actually the Tesco Value Bourbon Cream with an 8.26% market share, more than any other sandwich biscuits sold across all the online supermarkets, even though it's only sold in Tesco. Tesco customers must love bourbons!

When it comes to jaffa cakes, there are only two choices widely available to customers; McVities, the market leader, with 56.95% of the market, or own brand, with 42.3%. Bahlsen make up the remaining 1.2%.

But are they a biscuit, or are they a cake? Most of us think of jaffa cakes as biscuits, given they’re biscuit-sized and are just the thing with a steaming mug of tea.

The controversy rages for financial reasons. In the UK, VAT is paid on chocolate-covered biscuits but, bizarrely, not on cakes. So McVitie’s took a case to court to prove that these orange-flavoured treats are in fact a cake, winning the case by showing that jaffa cakes were miniature cakes, because they go hard when stale where biscuits go soft.

The fact they go stale at all is all the more reason to eat as many as possible in one go!

Rich Teas are the purists’ choice. Plain, hard biscuits, to be honest they don’t look up to much. But grab one to go with a cup of tea and their absorbent qualities never fail.

The flavour of rich teas is also a winner. It is quite unusual and proves this is certainly not a boring biscuit.

And let’s not forget the very special role rich teas played in this year’s royal wedding – Prince William himself requested a cake made of broken rich teas, dark chocolate and condensed milk to go with the traditional cake. Possibly a reflection of it's Royal favoured status the price of McVities rich tea has gone up between 29.9% and 41.6% over the past year across the online supermarkets, according to Mysupermarket. Coincidence?