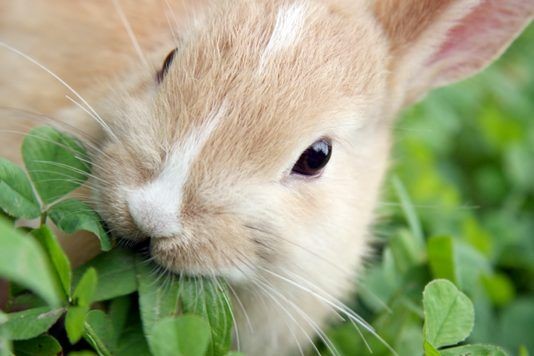 They may be cute and fluffy, but they're also an overlooked source of sustainable meat, and a tasty one at that. We find out what to do with rabbit

One of the primary differences that set rabbit apart from other meats is that it is one of the only animals we consume in the UK that is also kept as a domestic pet. Tucking into the chunky thigh of Floppsy’s sister was always going to be met with some reluctance - not least when bolstered by tidings of the Easter bunny and growing up watching Watership Down.

Hares, however, have not been domesticated and unlike rabbits, live in small numbers and nest above ground as oppose to the cavernous warrens of the rabbit. Whilst numbers of wild rabbit in the UK is estimated just below 50million, hare numbers are few in comparison, hovering somewhere nearer four million. With numbers like these and the widespread knowledge of their over-enthusiastic breeding, rabbit is a meat we should all be eating a lot more of.

Despite affections to the bunny, demand for their meat does seem to be on the up. “We have a tremendous demand for rabbit,” explains Carolyn Ridley of Ridley’s Fish & Game in Northumberland, “we sell up to two hundred a week, we source them all from within fifteen miles of our premesis.”

A wild rabbit in the UK will eat more grass than a sheep, and hares can consume up to three times as much. Combined with wild herbs and leaves, these wild animals have a subtle gaminess and references to ‘tastes like chicken’ should be largely ignored.

Farmed rabbits are, more often than not, bred intensively and fed on a diet designed to bulk them out which leaves them tasting very bland, a shadow of their wild cousins. “There’s no contest,” says Lee Moreton of Dorset Charcuterie Co, “wild rabbit has such a gentle and unique flavour which is amazing when you don’t mask it too much when cooking. Farmed rabbit lacks texture and has an empty taste.”

Hare, on the other hand, is always wild. Most commonly it is the brown hare that we occasionally see in good butchers, but in Scotland you will often find the blue or mountain hare. Traditionally, hare should be hung undrawn; guts still inside, for seven to ten days to enhance its flavour and to tenderize the meat. However, speaking to several chefs, it appears this can make the meat somewhat overwhelming and so is usually hung with its insides removed.

One of the main problems cooks face with rabbit and hare is that they both dry out rather quickly, particularly in older animals. Braising is the preferred method by many as is their inclusion in pies and casseroles. Their inclusion in stews is also a noble way of preparing your buck-toothed bunnies and when jointed and deep fried they are met with much less reluctance from those still hesitant at eating rabbit.

If dealing with a hare or a larger, older rabbit, it would be a mistake not to keep its blood, it adds a silken richness to accompanying gravy and is essential for Jugged Hare. “To test for youth varies slightly with different animals, but in general the feet will be soft and pliable, the ears in the case of rabbits and hares soft and easily torn,” writes Jane Grigson in English Food. One of the best ways to get hold of rabbit or hare is by visiting a decent butcher or game dealer. So forget about the cute fluffy tail and get a pan on the boil.

Now you're in the know, try these tasty recipes: