It’s a debate that divides Britain more than Brexit – what is your final meal of the day called?

It’s the most important meal of the day but when it comes to referring to your evening feed, Britons are a nation divided. Do you call it dinner, tea or supper? Which one is correct? And what does your choice of name say about you?

A poll by YouGov in 2018 found that 57% of English people use the term dinner, while a third say tea and just 5% favour supper. You may assume this split is along class lines, but the divide is more of a geographical one, with both working and middle-class northerners tending to say tea, with dinner the winner down south.

Three-quarters of Scots use dinner too, according to a survey by Travelodge in 2020, with only 19% eating tea. There are no figures to confirm what their Celtic cousins in Wales and Northern Ireland think but anecdotally, tea comes top. Interestingly, Welsh speakers have one interchangeable word for the midday and evening meal – ‘cinio’ – along with ‘te’ for tea and ‘swper’ for supper.

Why do we say dinner?

The confusion has arisen because the way we consume food and when we do it has evolved to reflect changes in society. The concept of eating three square meals a day is fairly recent. The Romans missed breakfast and had one large meal at lunch time, a routine that continued into the Middle Ages and Renaissance.

This feed became known as dinner, a name derived from the Old French word ‘disner’, meaning to dine or break a fast. The timing made sense because daylight was required to cook and land labourers were hungry after toiling since sunrise. “Dinner has more of less the same meaning as breakfast – not fasting anymore,” says Pen Vogler, food historian and author of Scoff: A History of Food and Class in Britain (Atlantic Books, £9.99). “That’s because our earliest dinners would have been in the mid-morning. There’s reference in Shakespeare to dinner in this way and Pepys eats dinner at noon.”

But as working patterns changed with the Industrial Revolution, many people, particularly in the south, laboured further from home. This meant the big meal crept later as they did not the chance to go back to eat. Meanwhile, the wealthier classes, who had access to artificial lighting, pushed their dining time back even further. Queen Victoria took hers at 8pm – a long time after breakfast, necessitating a new mealtime in between to sustain her ilk, known as lunch or luncheon.

“It moves really fast and quickly, by six or eight hours,” says Pen. “There are a growing number of people wanting to aspire to a higher class and an easy way to do it is eating later to be seen as sophisticated. Having it mid-afternoon, even by Jane Austen’s time, is seen as being a bit country bumpkin-ish.”

Of course, in some areas of the UK and in schools, loyalty to the midday dinner remains (ever heard of a ‘lunch lady’?), while lots of families faithfully sit down for their Sunday roast or Christmas dinner in the middle of the day.

READ MORE: What breakfast looks like around the world

Where does the name tea come from?

For large parts of the world, tea is only ever a hot beverage. But the drink has come to occupy an almost reverential place in British society, giving its name to the end of the day meal for sections of the population, a usage that is also common in the Republic of Ireland and Commonwealth countries such as Australia and New Zealand.

The understanding of it as something more substantial than a cuppa came about in the early 1800s in northern communities where dinner was still enjoyed at midday and families would have something lighter after work, accompanied by a pot of tea. “The tax on tea was slashed end of 18th Century and became more affordable for people working in the fields and factories,” says Pen. “You might be able to afford a bit of tea and a cold meal, like bread and cheese, but the drink makes it feel like a hot meal. It has a magical property and lifts them up.”

The concept spread to the Midlands and the working classes in the south over time, while the upper classes also adopted it in the 1840s – but this time as an additional meal known as ‘afternoon tea’.

Queen Victoria’s friend Anna Maria, the 7th Duchess of Bedford, is credited as the inventor. She started taking tea with cake and sandwiches around 5pm to stave off hunger between the new meal of lunch and her fashionably late dinner, inviting her friends to join her. “They never called it afternoon tea though – they didn’t need the adjective,” says Pen.

As the popularity of this tea-fuelled social occasion grew, the working class version was dubbed ‘high tea’ and broadened its menu to include cooked or cold meats, vegetables, potatoes, fish and pies. The name is thought to come from the way diners sat up at the table to eat rather than low in armchairs.

READ MORE: The history of Afternoon Tea and why we love it

What are the origins of supper?

We can all agree that supper is the last meal before bed but most of us regard it as a light snack – and this was certainly the case in previous centuries, with socialites enjoying it after a ball or theatre trip. But sections of the upper and upper-middle classes use supper to mean the informal evening meal with family or close friends, taken around the kitchen table, with dinner reserved for formal entertaining or dining out.

Derived from the French word ‘souper’, meaning ‘to sup’, it’s the least common term today but for centuries was the later, lighter meal after the midday dinner, with Shakespeare’s characters eating it anywhere between 5pm and 9pm. Of course, for Christians, it occupies a significant position in the story of Jesus, with The Last Supper being the final meal he shared with his disciplines the night before his crucifixion.

“Supper is interesting,” says Pen. “As a word it is coming back. Certain classes of people are distancing themselves from dinner parties because anybody can give one now. But if you have an aga, a butler and a huge kitchen-diner, you can host a supper. It’s also a status thing as it implies everyone has a big enough kitchen to do this.”

READ MORE: Places to celebrate or have a decadent dinner

Dinner, tea or supper - which is correct?

The answer is – they all are. Dinner, tea and supper have all come to mean an evening meal for different Brits in different ways and most of us have an understanding that this is what these names can mean.

However, Pen says the choice of words can be very confusing for a non-native English speaker while some of us locals still get caught out. “We can confuse each other with the formality and type of meal expected, but the words dinner, tea and supper are all valid – I think it is great we have regional variations. If in doubt, check with the host!” 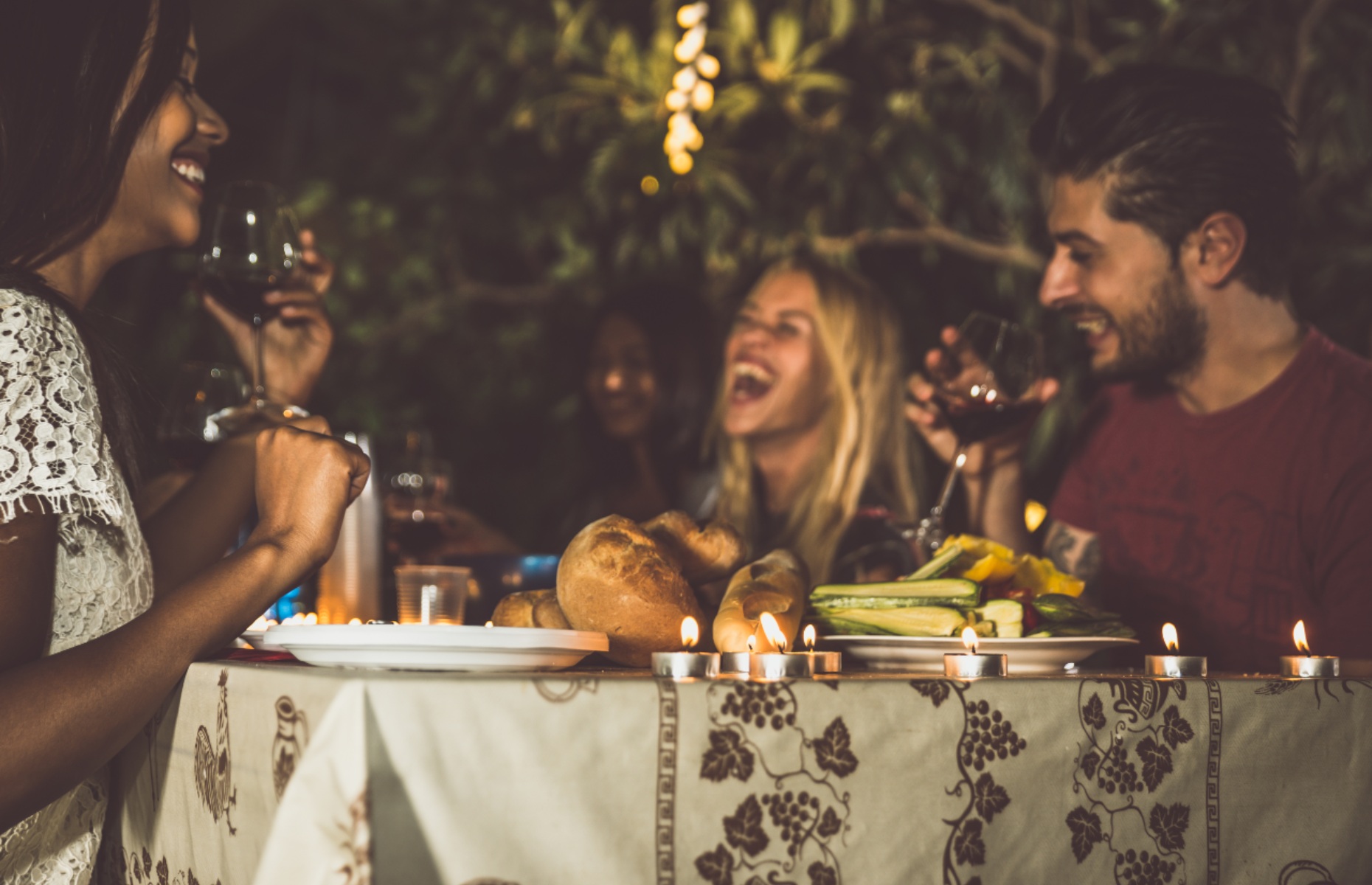