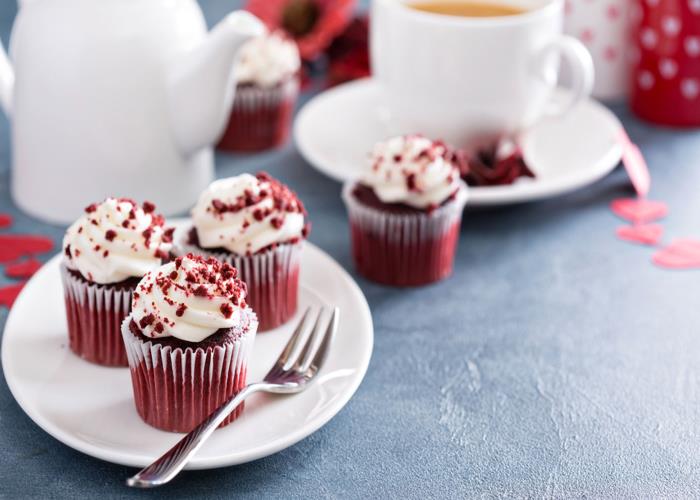 How on earth do you create that pretty swirl of frosting on top of a cupcake? We've trawled the internet for you to find out the best way.

To get the best results, you need a piping bag. Most supermarkets stock them, and Lakeland has a nice range too. Of course, dolloping a blob of frosting on top of the cake and swirling it around with the back of a teaspoon or a small knife will work; but it won’t look as professional.

What not to do

Don’t overfill the piping bag, or else the frosting will spurt out all over the place. Plus the bag should always be squeezed from the top (never the middle!) to ensure that the frosting flows through nicely.

This seems to be the most preferred method, and the one advocated by BBC Good Food in this video.

Spoon the frosting into the piping bag – to make this easier, put the bag into a large glass first, as the below video shows – then twist the top and hold it with your writing hand. When ready to ice, squeeze the bag with your other hand.

Pipe a ring of icing around the edge of the cupcake. Stop when you come to where you began. Pipe a second ring, slightly overlapping the first, then bring the nozzle into the centre and sharply flick upwards to finish. The video below follows the BBC Good Food method, although the nozzle does not leave the cupcake until the frosting is finished.

The above is all very well and good, but personally we prefer the method adopted by imaginativeicing.co.uk, shown in the video below. The method is as follows:

Don’t you think it looks neater? Especially when compared to the frosting in this video, which uses the start-from-the-outside method.

Make sure your frosting isn't too thick (it will need a lot of force to pipe), or too thin (it will run out of the bag and won't hold its shape).

Tell us your tips

Which method do you prefer? Have you got any other tips to share? Let us know in the Comments section below.

Practice on these cupcake recipes

More baking how to guides

How to separate an egg

How to cream butter and sugar