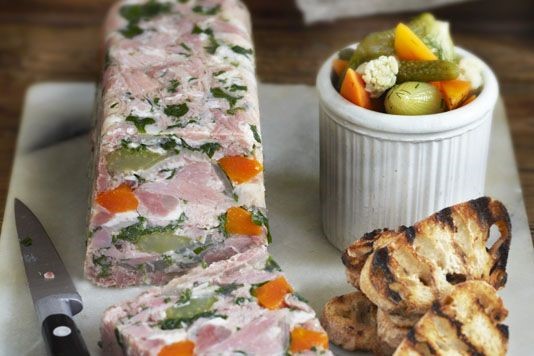 Mmmm... pork. We love it, but we hate watery ham and bacon. So don’t get caught with goo on your plate – read our guide to some of the UK’s best pork products.

The quintessential British ham: wet-salted and then dry-cured before being matured over a period of at least ten weeks, it has a beautiful, mild flavour. Some producers lightly smoke the ham, but it’s grand as it is. Sadly no longer available inside the walls of the city of York, which gave it its name.

A Wiltshire cure was originally a dry curing technique that calls for the fresh hams to be rubbed with salt and left for nearly two weeks. Since World War One, however, the process has been a wet cure. The hams are brined in a salt solution for three to five days before being hung. This preserves them, and also gives a very mild flavour without overpowering the taste of the ham.

A black ham cured in molasses and spices such as coriander and juniper. Named after the manor of Bradenham in Buckinghamshire, though now actually made in Shropshire by Dukeshill, hence it is sometimes known as Shropshire Black Ham. The exterior has a wonderfully dark shiny surface, like a conker, which when cut reveals juicy pink meat.

Gammon differs from ham as it is sold raw and needs to be cooked. It can still be cured however. It’s traditional to have one at Christmas. They’re often boiled, after which the skin is removed and the fat is scored with diamond shapes. Into the centre of each of these a clove is studded. It’s then roasted in a hot oven, often with a fruity sticky glaze to give it colour.

Cured in a special mix of porter beer, molasses, sugar and spices, before being hot smoked for depth of flavour. Made all over Suffolk, but probably the best version is found at Emmett’s butcher and deli in the village of Peasenhall.

A ham hock is the lower part of the pig's leg, where it meets the foot. It’s great for things like terrines – because of its high gelatine levels – as well as slow braising to release its flavour. It’s great served with things like lentils or cabbage. Sometimes hocks come already brined and need soaking in water overnight to remove the salt content. If you don’t do this your soup or stew will end up very salty.

Belfast is renowned for its pickled or brined hams, incorporating flavour by smoking over peat fires. They must be soaked, scrubbed, simmered and baked before eating. It's often baked with whiskey.

An Italian ham, seasoned, salt-cured, air-dried, and pressed into a dense, firm texure. Parma ham is true prosciutto. Italian prosciuttos include prosciutto cotto (cooked) and prosciutto crudo (uncooked, but cured and ready to eat). Others are named for the region in Italy in which they were made. Prosciutto is generally eaten as-is or added during the last cooking stages of dishes.

Also referred to as 'picnic shoulder' or 'pork shoulder'. It's meat from the upper part of the foreleg of the hog, including a portion of the shoulder. Strictly speaking it's not a true ham, but a less expensive substitute for regular ham. It's not as tender, though, but can be fresh or smoked.