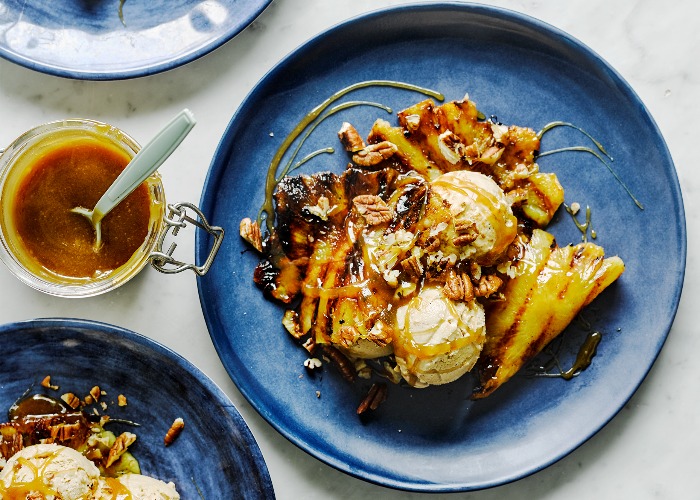 Juicy pineapples are marinated in maple and cinnamon then griddled until caramelised. The final flourish is a drizzle of salted caramel sauce, a scattering of crunchy pecans and a scoop or two of coconut ice cream. The pineapples are also amazing cooked on the barbecue in the summer.

For the pineapple For the salted caramel sauce To serve 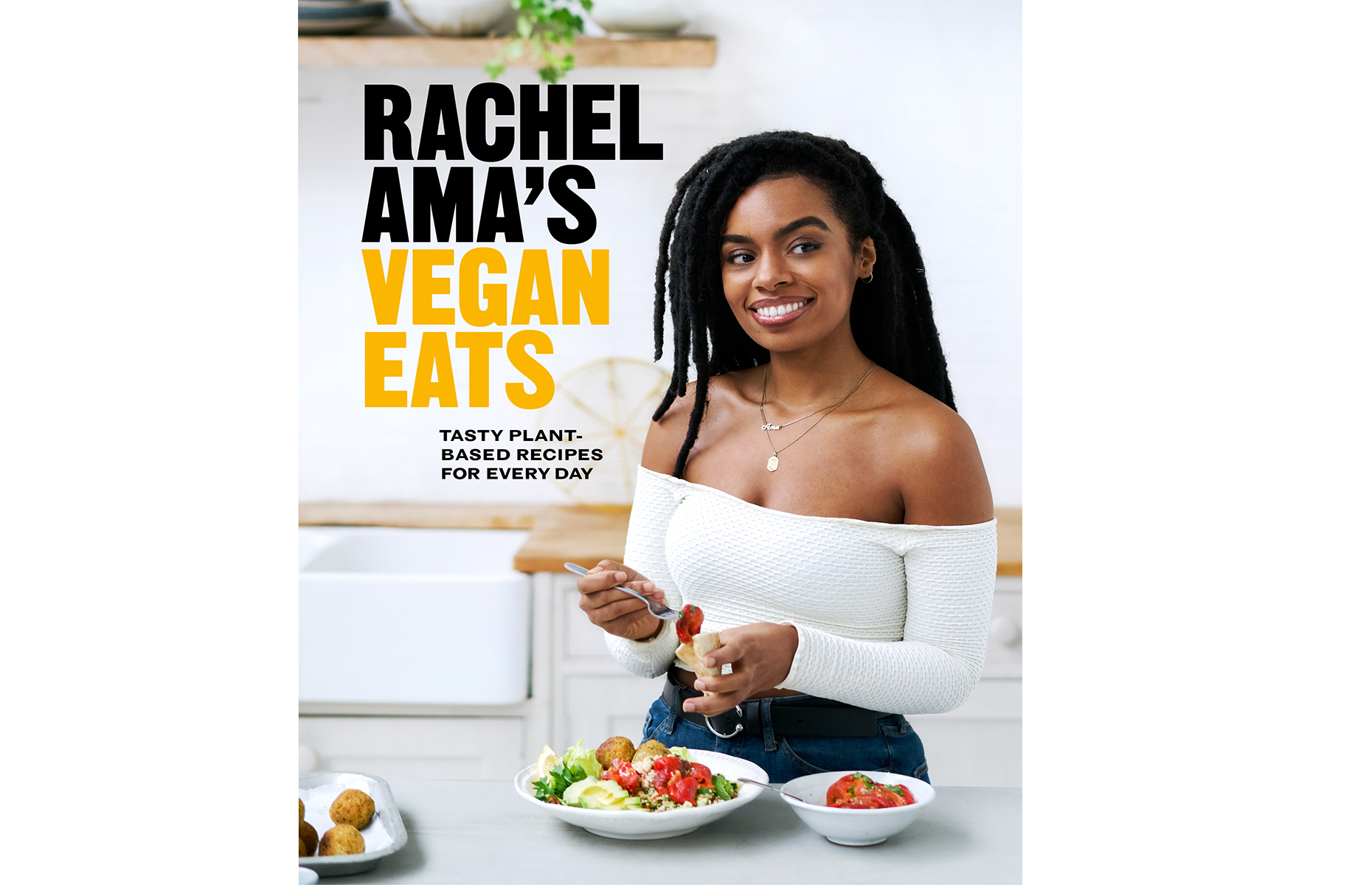