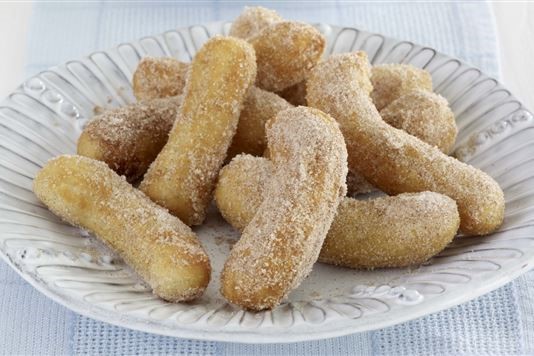 Churros are a Spanish treat similar to doughnuts. They're fried until crunchy and are served with a sprinkling of cinnamon and sugar. Try dipping them in hot chocolate too!

Cook's tip: The thinner the batter, the lighter the results, but frying with a liquid batter takes a little practice.