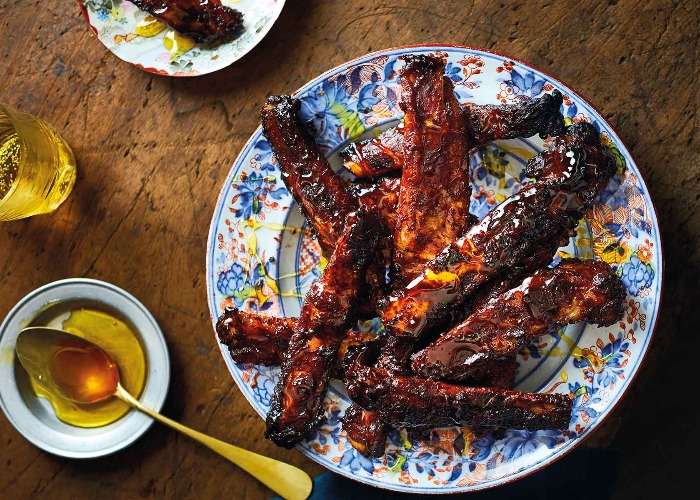 Chinese barbecue ribs: aromatic, tender, unctuous, sticky, sweet and oh so familiar to every Cantonese takeaway around! Note: the ribs need to marinate for at least 2 hours or overnight.

This recipe is from Chinese Takeaway in 5 by Kwoklyn Wan (Quadrille, £15). Photography ©Sam Folan.