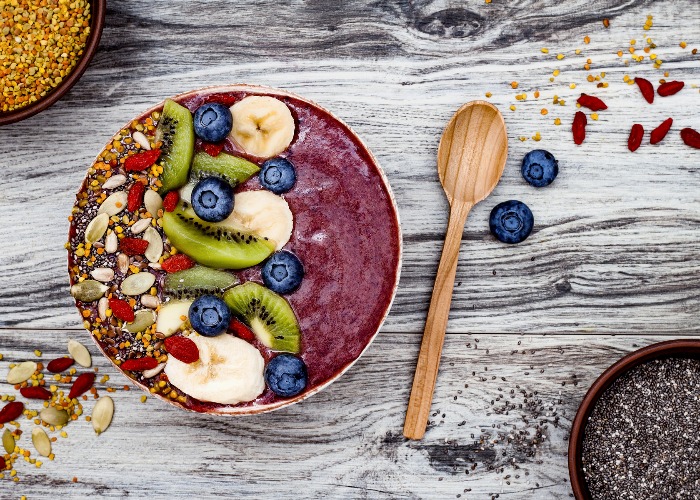 Food writer Sejal Sukhadwala tells us why superfoods don't always live up to their name.

Some foods have superpowers – or so you would think if you believed in superfoods. Not a week goes by without someone promoting yet another shiny new miracle ingredient.

Blueberries, goji berries, green tea, matcha, acai berries, kale, quinoa, chia seeds, pomegranates, seaweed, turmeric and many more have all had their moment in the sun. Exotic-sounding baobab, lucuma, reishi mushrooms and blue majik are the new kids on the block.

I never used to question the term ‘superfood’. After all, there are no models now, only supermodels; and everything is super-delicious rather than plain old delicious, so you get used to the hyperbole. Then I attended an enlightening talk by the no-nonsense science writer Ben Goldacre at the Science Museum in London.

“What makes expensive blueberries more nutritious than the more affordable and equally ‘healthy’ apple or pear?” he asked.

This was many years ago, when the ‘clean eating’ movement hadn’t even been born, let alone faced a backlash as it has now. He was the first person I’d heard publicly questioning the idea of superfoods. Thus began my journey of scepticism. 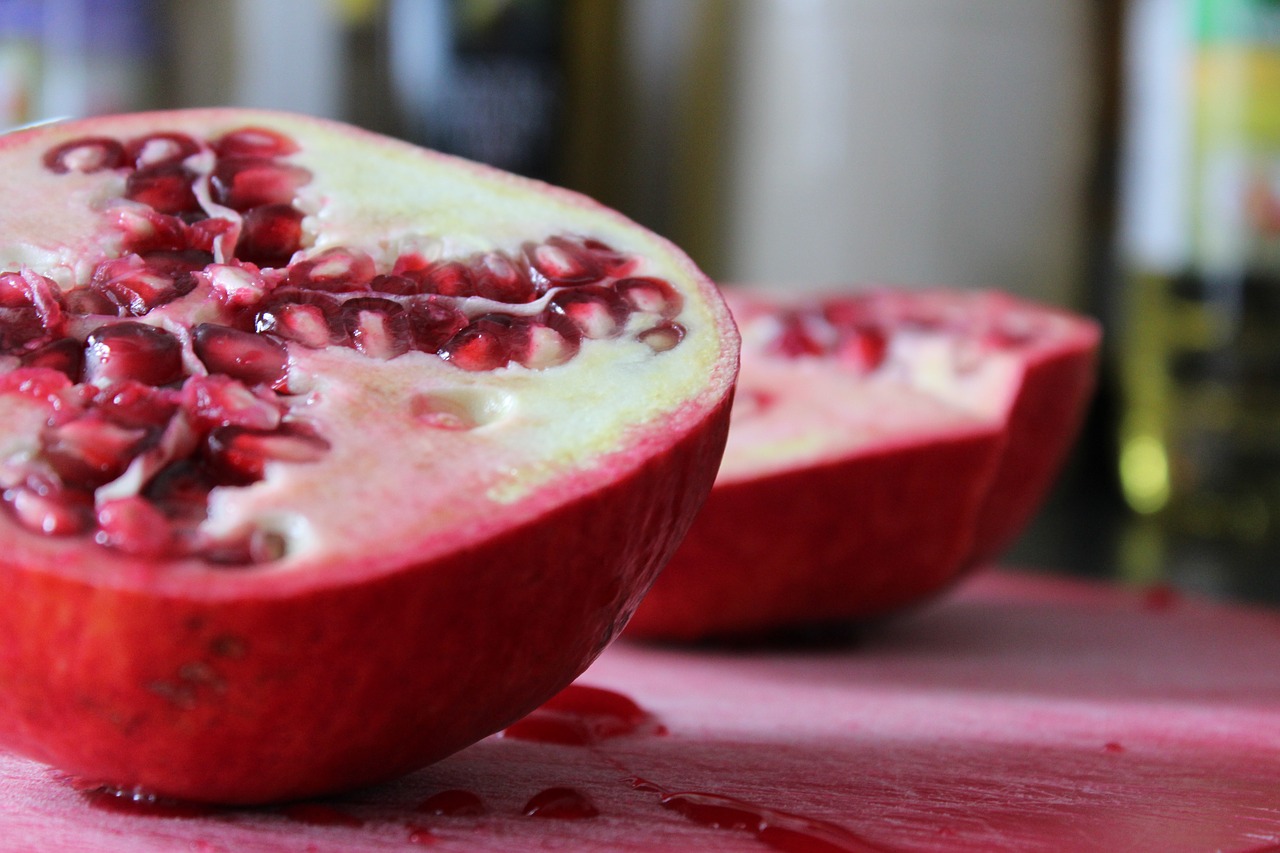 So what does the word ‘superfood’ actually mean? Nobody really knows. There’s no scientific basis, and no official or legal definition.

The Oxford English Dictionary defines a superfood as “a nutrient-rich food considered to be especially beneficial for health and well-being.” Of course, many foods are ‘healthy’ and some are healthier than others – but this is vague and meaningless. What is ‘nutrient-rich food’ and, most importantly, who decides which foods qualify?

Health claims about ingredients often have little or no medical evidence to back them up. Let’s take antioxidants in blueberries as an example. There’s inconclusive and contradictory research about whether antioxidants are good for health. Are the superfood claims just a marketing gimmick used to create consumer demand?

Ingredients – especially fruit and veg – often have lobbies backed by growers and promoters who make all kinds of claims about their health benefits. When certain fruits such as noni and pomegranates were not selling well in the west, they started to be promoted as ‘superfruits’ and their sales rose dramatically.

In 2007, the European Union banned the use of the term superfood unless backed by scientific research. Yet restaurants and bars continue to sell ‘superfood salads’, ‘superfood smoothies’ and ‘superfood cocktails.’ 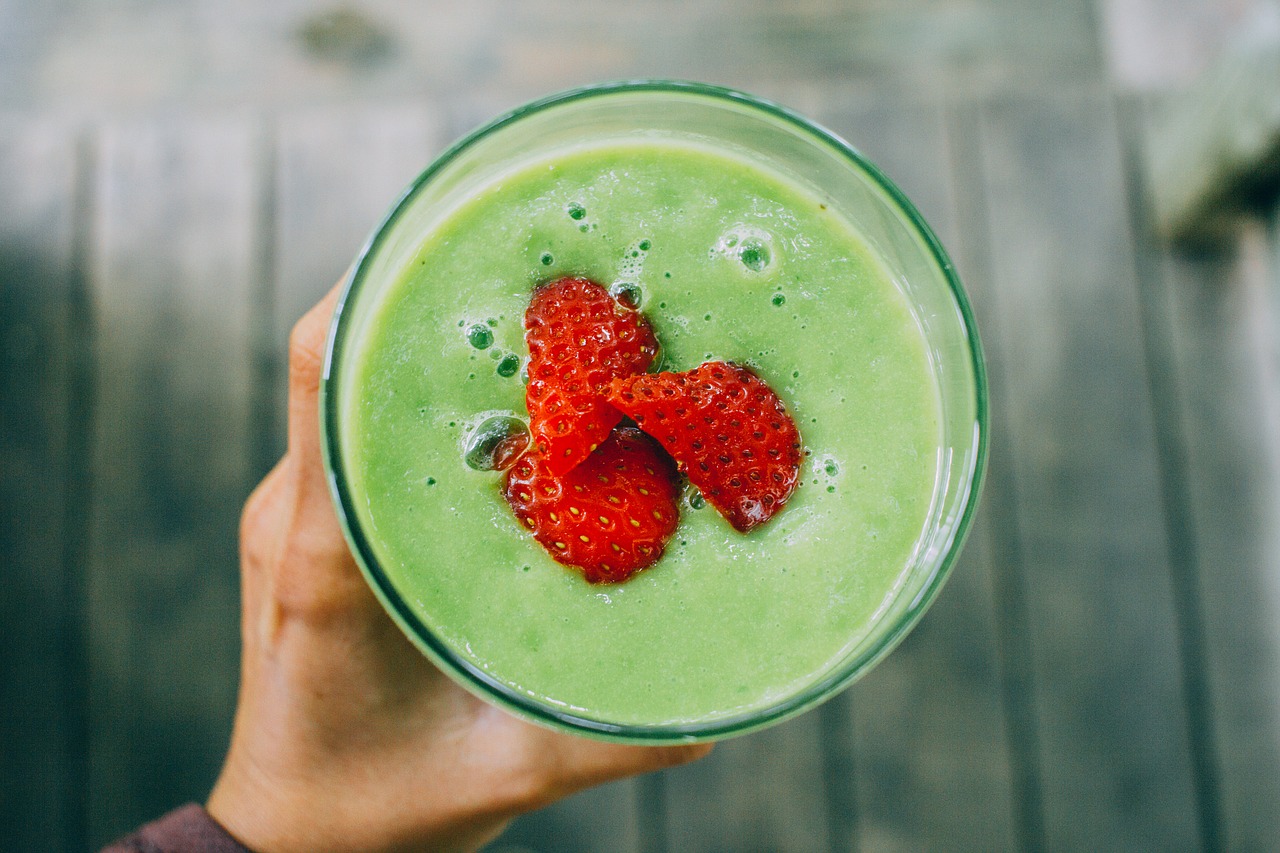 More worryingly, the internet is awash with self-diagnosed health and wellness bloggers claiming how some superfood or another cured them of a life-threatening disease. These claims are not regulated. In extreme cases, they’ve fed into the shadier aspects of an already shaky ‘clean eating’ movement.

Even if there is some truth to the health claims they champion, in most cases you would need to eat ridiculously large quantities of a superfood to reap any benefits.

Most research is based on chemicals and extracts in concentrations not found in an ingredient in its natural state. For instance, are you brave enough to eat 28 cloves of garlic per day to lower your cholesterol? Thought not. And if you eat ANY ingredient in a large quantity, you would have an unbalanced, one-sided diet with its own medical side effects. 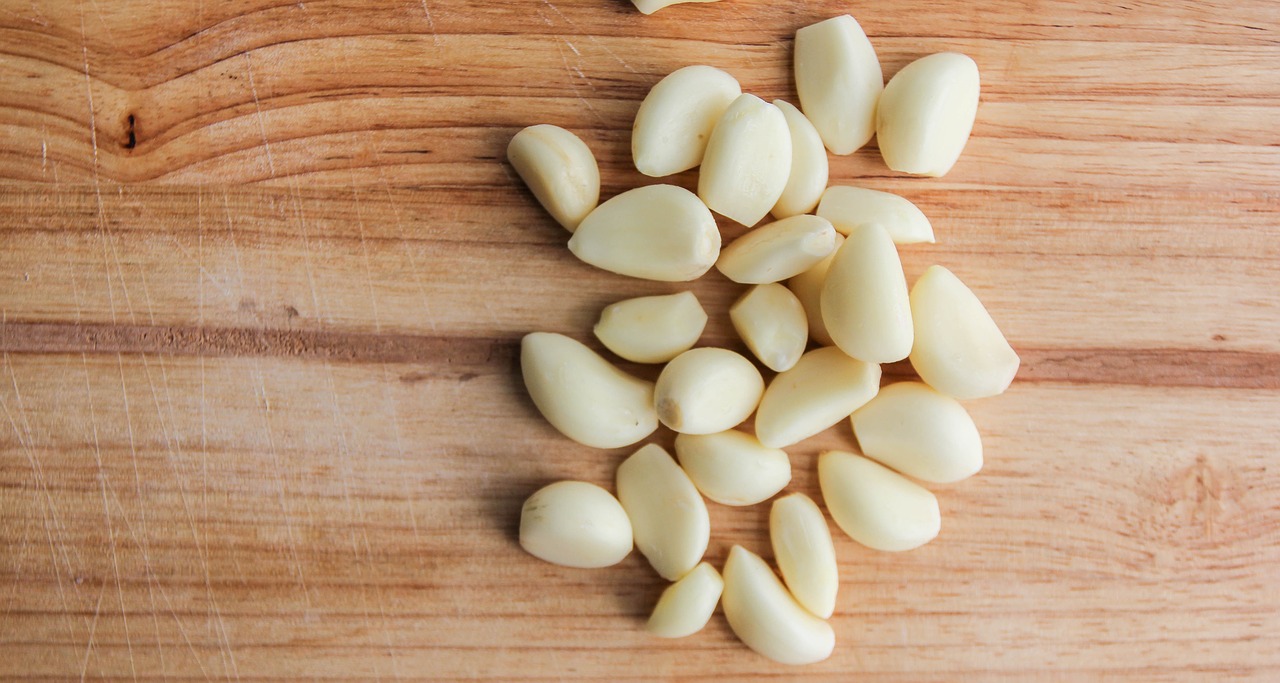 Our focus should not be on individual ingredients, where some are labelled as healthy and others as unhealthy. Diets should be considered in a holistic way to avoid damaging or dysfunctional eating behaviours. Variety and moderation, as always, is the key.

Georgine Leung, a registered public health nutritionist, consultant and PhD researcher at the Institute for Global Health at the University College London, elaborates this point.

She tells me superfoods “create a certain hierarchy of foods that enable food producers to charge customers a premium… (they) can also become a fad, which is not sustainable if people are considering making long-term changes to their health. When thinking about their own diet, people should feel they are choosing foods that are relevant to them.”

She goes on to advise that there’s no substitute to basing your diet “on a range of whole grains and seasonal fruits and vegetables which are much more accessible and cost-effective.” 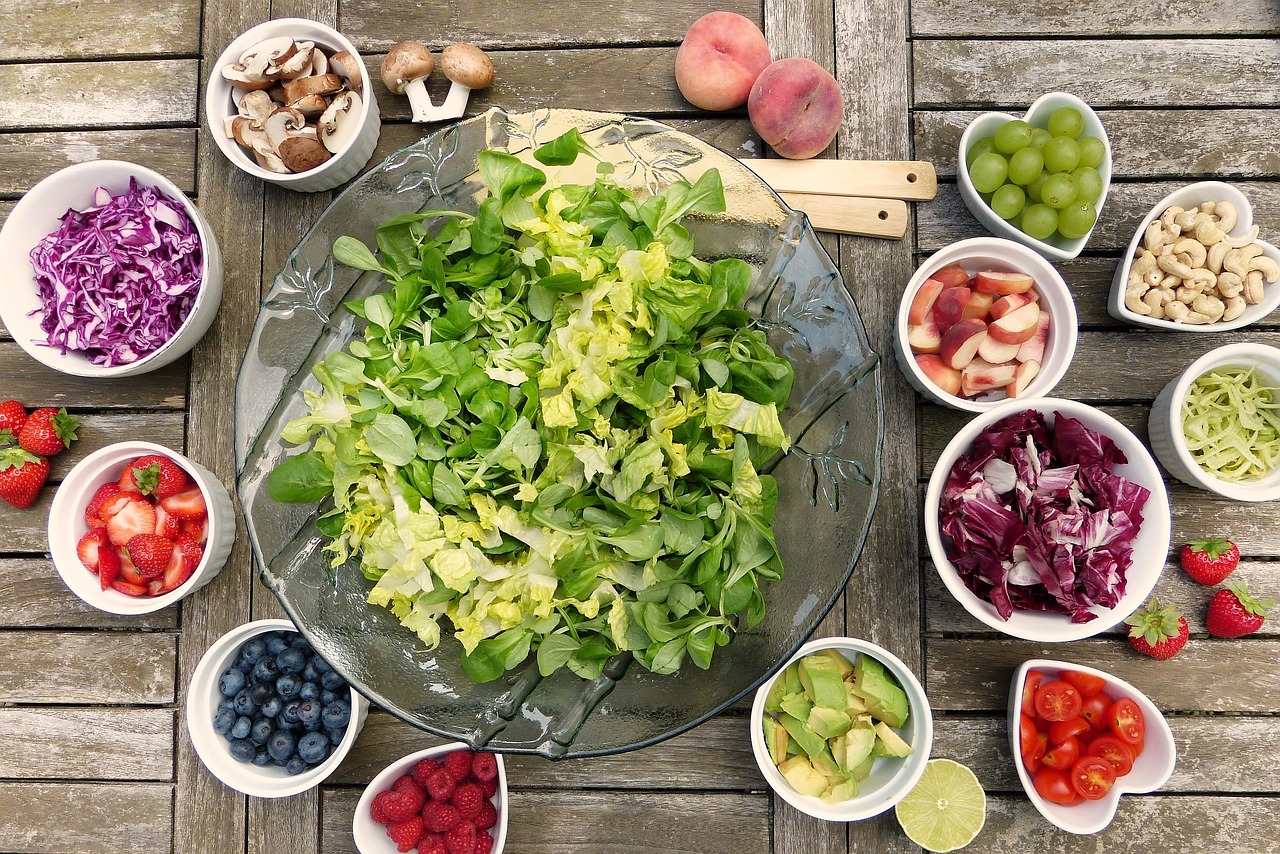 Today’s fad for superfoods has bought increasingly bizarre products to the shelves. Nonsensical (and expensive) creations now range from ‘superfood coffees’ made with ingredients such as maca and reishi mushrooms (containing no coffee at all) to chia seed crisps, matcha popcorn and water flavoured with blueberry extracts. And let’s not forget pomegranate-flavoured washing-up liquid…

“Why are goji berries so popular when they taste so vile?” I once asked on Twitter. “Because they’re not meant to be eaten western-style in breakfast cereals. We put them in soups in China”, replied a Chinese friend.

So I added them to a homemade clear vegetable soup, and the transformation was significant. Soft, plump and juicy, these berries were a far cry from the hard, withered bullets of my muesli.

This is also true of turmeric – a tablespoon or two in smoothies and lattes tastes bitter and astringent, but a few judicious pinches in curries and rice dishes adds flavour and fragrance. 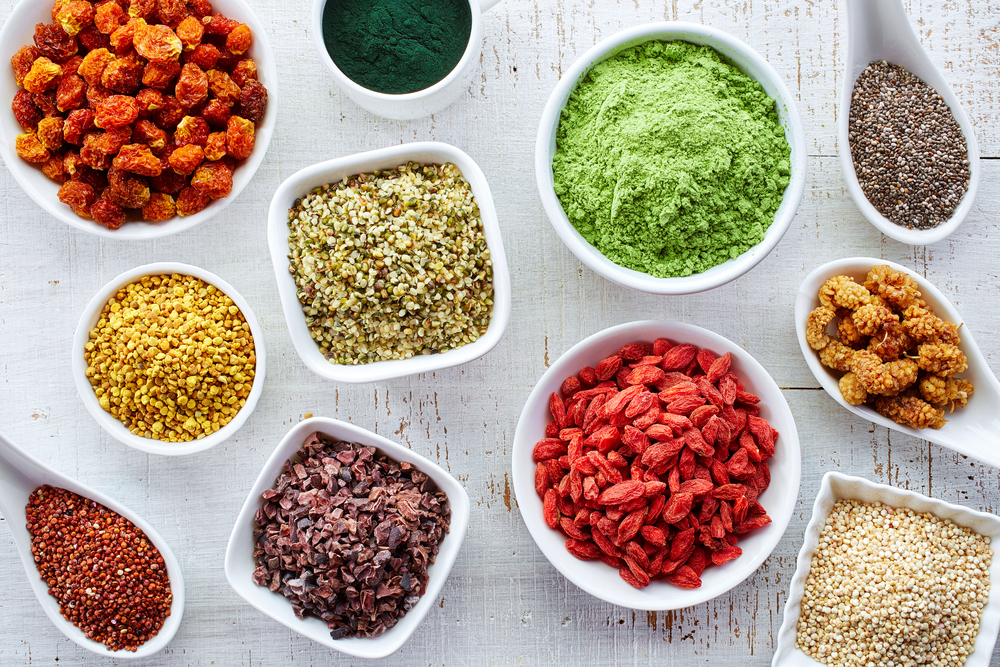 Superfoods are often staple ingredients in poorer countries, where western demand has led to shortages and environmental issues.

For instance, farmers in Bolivia and Peru can no longer afford quinoa because prices have shot up; yet they’re under pressure to grow it in favour of a more diverse range of crops. The demand for pomegranates has caused problems for Indian farmers struggling with insufficient rainfall.

In the Philippines, mangroves have been cut down to make room for growing seaweed. Mexico has had to suffer deforestation to make space for avocado trees.

Is this the price we want to pay for a few likes in response to ‘avocado roses’ on Instagram?