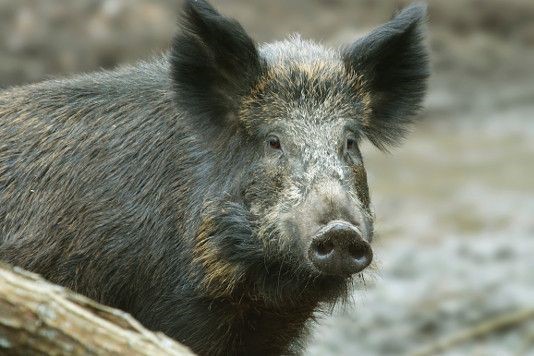 It is strange to live in Italy and ache for London food, but expats all send teasing emails to each other. `Fancy a curry?'

I live on top of a mountain in Northern Italy. In November the wild boar hunting starts. Hunters drive up to the village in the mist and dark at five o’clock in the morning and crunch and crackle off into the forest, piling up the steaming corpses by a forest hut at the end of the day.  From then on the restaurants all serve home made pappardelle with wild boar ragu, roast boar in tomato sauce and wild boar sausage with polenta.  The first mouthful is delicious, but it’s a plough through the rest.

When it rains on my mountain the mushroom pickers come. I hear them shuffling about outside my window at 5am, creeping up the track into the forest wearing camouflage gear (you don’t want those vicious mushrooms to see you coming) and carrying fern-lined baskets. They emerge pink-cheeked and triumphant hours later, usually followed by my dog who has disappeared with them. He loves shrooming. Then the restaurants do pasta with funghi porcini, grilled funghi porcini, crostini with funghi porcini. Often they put the big fat fungi on display in the restaurant window, all brown and orange and bulbous. There is a lot of celebration but, you know, in the end they are mushrooms.

In summer all the trees are heavy with cherries, apples and peaches, the vines bright with swollen red tomatoes, the vegetable plots in the village overflowing with lettuce, cabbage, courgettes, shiny purple aubergines.

At the end of summer all the pumpkins get fat and sit orange in their patches, uncanny and vast, but I can’t imagine where they go, except on our door posts for Hallowe’en because nobody ever seems to eat fruit or vegetables. They sell them in strange strips in Conad and I suppose you’re supposed to roast them but I don’t know anyone who does. Conad is the local supermarket where the locals buy the stuff they actually eat and drink in real life when they are not the objects of English people’s fantasy – mainly frozen Findus pancakes, oven chips and Coke.

Italy ought to be all bounteous local produce, fresh everything and overwhelming variety, but the cafes all serve the same old stale croissants and stale sandwiches with the same fillings country wide. You can’t get a samosa, a falafel, a box of sushi or a take-away salad for love nor money (not that I’ve got much of either).  Carbs, carbs, carbs and then some oily roast stuff is what’s on offer.

There is no need to look at the menu because the menu is always the same. They have tortelli al ragu, or any other kind of pasta al ragu, they have pasta in tomato sauce, pesto or maybe seafood (from frozen). Then there’s roast meat, roast potatoes and chips. If you try to order vegetables you’ll usually get them fried in oil from frozen or, often, and even in good restaurants, just ‘lessi’, which is over-boiled from frozen and not dressed with anything at all. A lot of places do serve chickpeas, which is a can of chickpeas tipped on to a plate, undressed. If you order a salad it’s mostly a few shreds of limp lettuce, a spoonful of canned sweetcorn and some grated carrot out of a supermarket packet of grated carrot. The only kind of salad that’s nice is tomato and even then it doesn’t seem to get made from the sweet fat tomatoes you can buy (at staggering expense) in the vegetable shop. For pudding it’s profiteroles, panna cotta and tiramisu. Everyone loves the ice-cream, but I am even churlish about that. A pint of sugared, flavoured cream in a dry waffle? No thanks.

The pizzas are, as advertised, incredibly delicious. Thin and crispy, salty and light, with rocket on top and not too much cheese. Not very slimming though. All the pasta sauces have a spoonful of sugar in them and the roast meat seems to have some sugar-element too. In two years I put on a stone.

So I sit in my house on the hill roasting cumin seeds, chopping chillies, phoning people and begging them to bring me some garam masala. I look up Indian restaurants on the Internet and work out how long it would take me to drive to Milan.  I wander round the two aisles of pasta in the supermarket and think about the Edgware Road and the smell of Lebanese spices.

It’s true that Americans and everyone else used to fear English food. They would laugh that you couldn’t even get real coffee, let alone something that tasted of anything. When I was growing up in the 70s everyone was thin. It was because there was no edible food. ‘Another ladleful of grey mince?’ ‘I won’t.’ But now everything is spicy and delicious and full of vegetables and fresh fish and fruit! No wonder we’re all so fat. You can buy sushi in Tesco. You can buy a fruit salad in Tesco. You can buy a samosa in Tesco.

It is strange to live in Italy and ache for London food, but expats all send teasing emails to each other. ‘Fancy a curry?’ When my husband asks me what I want for supper I always say: Chicken tikka starter, saag, cucumber raita and a chapatti. Sometimes I make all this from scratch and watch the X Factor via my vast satellite dish that doesn’t work if it’s rainy, cold or windy. Or dark.  As I say, I live up a mountain in Northern Italy.

Why it's worth falling for Italian heritage food

Why the Italians love pasta