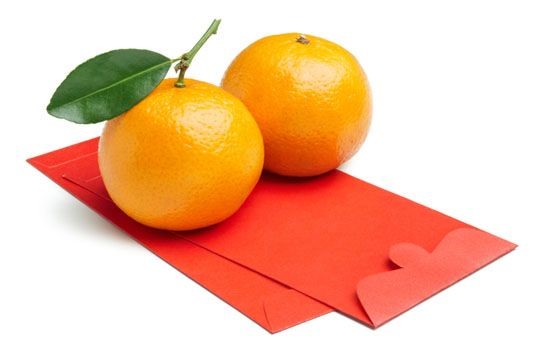 February 3rd is the beginning of the Chinese New Year, the start of 15 days of celebrations to welcome in the Year of the Rabbit. So lets explore the traditions behind this most important of Chinese celebrations.

February 3rd is the beginning of the Chinese New Year, the start of 15 days of celebrations to welcome in the Year of the Rabbit.  So lets explore the traditions behind this most important of Chinese celebrations.

Chinese New Year falls between the end of January and the middle of February each year.  The exact date is dependent on the lunar cycle and the solar year not the Gregorian calendar used in Europe.  This year it starts on 3 February - the second new moon after the Winter Solstice and finishes 15 days later when the moon is full.

Chinese New Year is also the celebration of the Spring Festival, a time when farmers plant new crops and give thanks for the end of winter. It is a time for spring-cleaning the home to clear out last year and welcome in the new, prosperous year.  There are many superstitions surrounding this time as a person’s actions are thought to directly reflect the fortune, good or bad, they will receive for the coming year.

Legends tell of a fight against a mythical beast called the Nian.  This creature would terrorise villagers and devour livestock, crops and people on the first day of the New Year.  To try and protect themselves the villagers would leave food out on their doorsteps believing that if they fed the Nian it would leave them alone.

One day, one of the villagers saw the Nian run away from a small child who was wearing red.  They assumed that the creature was scared of the colour red and began decorating their doors and windows with red lanterns and scrolls and setting off firecrackers to scare the Nian away. The Nian never came back to the village again and to this day the colour red is used to decorate Chinese homes and businesses at New Year.

New Year’s Eve and New Year’s Day is celebrated by gathering the whole family together starting with a family supper on New Year’s Eve, a little like our Christmas Day lunch.  Next morning the children will wish their parents a ‘healthy and happy New Year’ and are usually given money in red envelopes.

Each day of the New Year celebrations hold a specific significance and some of these traditions focus on food, before the family supper on New Year’s Eve the spring cleaning should have been done, all debts should be paid, all arguments resolved and money changed for new bank notes from the bank.  Children should have new clothes and some of the clothes should be red or orange to reflect the colour that scared away the Nian.

The whole family should gather together for a reunion dinner, each door and window should be thrown open at midnight let the old year blow away.  A whole chicken is usually eaten, symbolising family togetherness and served with noodles to represent a long life.  Noodles should not be cut as this means bad luck so they are sometimes served very, very long.

The day for visiting the most senior members of the family, fireworks are set off and children are given money in red envelopes.  Many people do not eat meat on this day and some think it is inauspicious to light fires or use knives on New Year’s Day.  Oranges are served and cakes that look like golden nuggets.  You should greet everyone with the words “Gung Hei Fat Choy” wishing everyone wealth and prosperity.

Married daughters visit their parents and it is the day that all dogs have their birthdays.

The birthday of god of wealth, dumplings are traditionally eaten.

A tossed raw fish salad is traditionally eaten together, tossed by each person in turn who makes a wish.

Celebration of the birthday of the Jade Emperor, fruit and either vegetarian food or roast pig of served.

Only vegetarian food is eaten as a sort of detox as too much food has usually been eaten in the previous days.

The last day of the New Year celebrations is the Lantern Festival, sweet rice dumplings are made symbolising a rich, sweet life and the round shape signifies reunion.

Tangerines and oranges are very popular as the words sound like ‘luck’ and ‘wealth’, the Chinese word for pomelo sounds like ‘to have’ and the word for fish sounds like the words for ‘wish’ and ‘abundance’.  Prawns symbolise happiness and the bigger they are the happier the person eating them will be so shrimps are avoided.