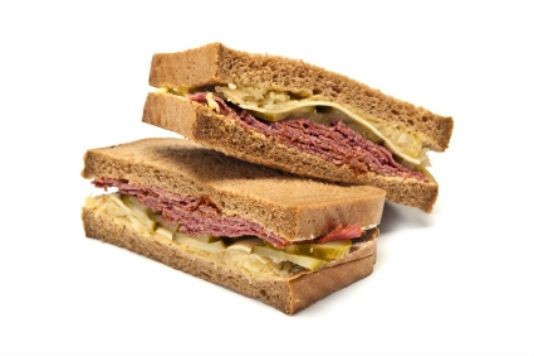 The British may have claimed to have invented the sandwich and the Americans may have taken the art of making them to a whole new level, but on my travels I have discovered that fantastic things between bread can be found in just about every corner of the globe.

The British may have claimed to have invented the sandwich and the Americans may have taken the art of making them to a whole new level, but on my travels I have discovered that fantastic things between bread can be found in just about every corner of the globe.

Serving portable snacks of food between bread has a history that can be dated back to the 1st Century BC and certainly long before the days of wastrel aristocrat, John Montague, The Fourth Earl of Sandwich, from whom they took their modern name.  Whatever their origins, there are few things that can compete with a truly great sandwich.

The ingredients can be classic, like a juicy slab of medium rare ground and grilled USDA prime beef snatched on the streets of The Big Apple, or even our own great contribution to sandwichdom, slivers of smoked fatty bacon transported from plate to lips between doorstep thick slices of white bread.

Or, the filling of your sandwich can be way out there like the Brie, peanut butter and banana sandwich that I recently saw on offer in a café in Los Angeles or the salt & vinegar crisp and jam sandwich I used to demand for tea on my return home from school as a child.

Whatever your chosen filling, the key to making a great sandwich is to always use the best quality ingredients you can find. So, put away your sliced white and your spread made from hydrogenated fat, buy some freshly baked bread and spread it thickly with creamy butter and let yourself go crazy.

Below, for inspiration, are five of the very best sandwiches I have discovered on my continuing journey to 'go everywhere, eat everything'.

A sandwich made from lung and spleen meat may not seem a likely candidate to top anyone’s list of great sandwiches. But, as they say, the proof is in the eating and helping one of these down with a cold Birra Moretti should be enough to convince you of its current status as my favourite sandwich in the world.  The lung and spleen are simmered in lard until tender and then served on a soft “mafalsa” roll, sprinkled with salt and doused with lemon juice.

The daddy of all US sandwiches is to be found on the Lower East Side of Manhattan, at the legendary Katz’s Deli. Burly servers heap thin slices of brined and slow smoked beef brisket in unfeasibly large proportions between two pieces of rye bread, to be eaten with nothing more than a sour green pickle as the proper accompaniment.

Eating a Balik Ekmek (it literally means fish in bread) is a magical experience for so many reasons and the fact it is incredibly delicious is only one.  There can few more glorious places on earth to indulge in good food than on the banks of the Bosphorus in Istanbul.  The local delicacy takes good advantage of the catch of local fishermen, who immediately grill their freshly landed mackerel and serve them in crusty rolls with sharp white onions and lots of lemon juice. Find out more

Tucked on a small street behind the recently re-opened Taj Hotel, Bade Miya is a Mumbai institution, which draws big crowds as soon as it opens in the early evening.  Its main attractions are the rolls, which involve freshly griddled roti and paratha breads wrapped around grilled chunks of meat or fish.  Special mention has to go to the spiced Chicken roti, the first bite of which persuaded me to stay rooted to the spot until I had eaten three of them. Find out more

Like most great street food, the Po’Boy sandwich of New Orleans was designed to fuel those who ate it (literally the “poor boys”) for a hard day’s labour as cheaply as possibly. Ironically, the original was made with one of today’s great luxury items, oysters, which were breaded and fried before being served in a long soft roll with lettuce and a mayonnaise based dressing.  Modern versions at The Parkway Bakery & Tavern are still made with oysters, but can also be made with battered “popcorn” shrimp, catfish and even juicy roast beef. Find out more