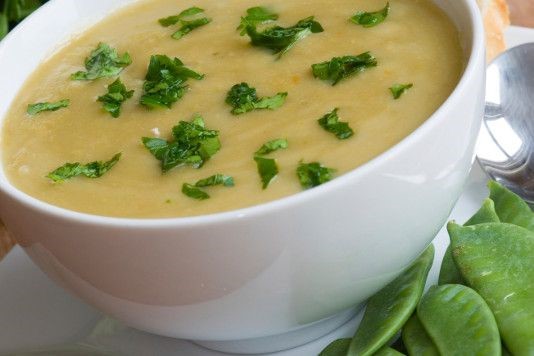 There is still a winter nip in the air, but have no fear - these five fantastic comfort foods from around Britain are warming and satisfying.

There is still a winter nip in the air, but have no fear - these top five comfort foods from around Britain are warming and satisfying.

Cravings for comfort foods are universal whichever corner of Britain you come from: food calms and soothes during times of need caused by stress, anger, depression or anxiety.

It has been proved scientifically that certain foods cure many psychological ills. Treats with a high fat content and carbohydrates trigger chemical reactions in the brain which lift your mood, according to a study at New South Wales University.

Creamy puddings, sensuous chocolate, steaming pasta and potatoes, aromatic toast and fuelling stews and soup are all fodder for the heart and soul.

Hot or cold there’s no quicker way to comfort against the bleak outdoors than through chocolate macaroon bars – at least, not according to those canny Scots.

Chocolate macaroon bars are a traditional Scottish favourite and actually contain potato mash. This is mixed with icing sugar and pressed into bars then dipped in melted chocolate and toasted coconut. No trace of potato taste remains.

This is a double whammy in the comfort food stakes as magnesium in chocolate eases symptoms of depression by acting as a muscle relaxant and potato contains serotonin which lifts the mood.

Mulled wine hot chocolate is the ultimate indulgence for a quick mood fix, while chocolate mousse and hot chocolate fondant are fantastic puds that are guaranteed to satisfy those monster cravings.

The Welsh know a thing or two about comfort food. Take Welsh rarebit for example, a sauce of rich cheese spiced with mustard, Worcestershire sauce and cayenne is dolloped thickly on toast and grilled to an appetising brown.

This ticks all the boxes for top satisfaction. Cardiff University in Wales found that those who eat toast as children will love it for life. The aroma of toast is comforting and when the carbohydrates are caramelised and broken down into sugars, stale bread becomes appealing and irresistible.

As Nigel Slater said in his memoir of childhood eating, Toast, you never forgot the person who made you toast, in his case his late mother. Serve with marmalade or topped with mushrooms.. For a continental twist try Ruth Roger and Rose Gray’s crispy cheesy focaccia straight from the oven.

They take you straight back to childhood and all those yummy, puds have made a great comeback. Eton Mess was created at the famous public school in Buckinghamshire by combining thick cream with strawberries and sugar. Just the thought of a glass of this childish fantasy is enough to conjure up sun-kissed English summer days and long, slow cricket matches. For a traditional take on the dish, make Ed Baines’ version, or for something a bit different, try Eric Landlard’s with popping candy!

For a sophisticated creamy pud, try Mary Berry’s crème brulee. Or, for an instant hot hit, it has to be Henry Dimbleby’s quick real custard.

More instant heat for a pit-stop to fulfilment is hot soup, the thicker the better. In our capital city the fog was so thick in Victorian times it was called a pea souper. And the pea soup was sometimes called London Particular.

There are many regional specialities in the comfort soup line. For example Scotland’s Cullen skink is a creamy concoction of haddock, milk and potatoes and Scotch broth, with lamb, barley and roots.

Simarly, Welsh Cawl is made with lamb, beef or ham. These use the cheaper cuts with more flavour oozing through the fat.

Another way to fuel up is through the more robust stews. Lancashire hotpot is a great regional favourite in the north of England. Fatty hunks of lamb are layered with onions and savoury stock and topped with slices of thin potato which brown to an irresistible crisp in the oven.

Irish stew is a delicious alternative to Lancashire hotpot. The ingredients are lamb and potato again but this time layered and sometimes served with dumplings on top. Or try filling up against the cold with winter pork or for a veggie comforter, this pot roast.