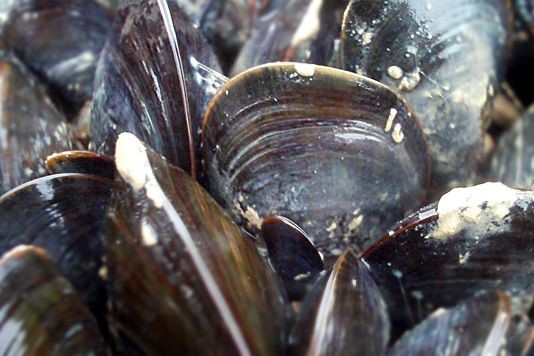 Two experienced foragers share their insights on how to get started foraging.

How often do you see the epithet ‘wild’ sprinkled somewhere on a restaurant menu nowadays? Like many of the plants it represents, the word’s use has grown abundantly, taking root in our consciousness as a synonym for earthiness and rare quality.

Most of us, however, would still recoil at the idea of going out and getting dinner for ourselves. There is a sense of danger, a feeling that this is a lore that can only be practiced by experts capable of identifying the differences between the nutritious and the deadly.

It is precisely why any budding forager should begin with something that is easily identified and unlikely be confused with anything else. It builds the all-important confidence to trust ourselves, to go out and try more.

The seaside and coastal terrain

The seaside and coastal terrain is the ideal training ground. There are no poisonous berries or potentially fatal fungi, and much of what’s on offer recognisable from the restaurant table.

Mussels, for instance. These are one of our most common shellfish and the species we're going to focus on today.

Isn’t it dangerous to forage for mussels in the summer?

Folklore suggests that mussels and other filter feeders should only be collected in months with an ‘R’ in them, thus avoiding high summer when warmer waters may have increased bacteria levels.

It is true that you should never pick anything where there is a high concentration of water algae and especially not during a ‘red tide’ when potentially harmful algal blooms turn the seawater scarlet. However, seasonal conditions are less important than being well away from any human habitation.

Mussels, for example, sieve through gallons of whatever water surrounds them, including effluence or oil from boats. So if you harvest them responsibly and only pick from areas that are regularly and roughly washed by strong, clean tides, mussels can theoretically be eaten at any time.

A good starting point is the Environment Agencies website, which covers England. Look for bathing areas certified to a ‘high’ standard of cleanliness and you can’t go far wrong.

You’ll know when you’ve arrived at a mussel-rich location when you see their distinctive blue-black shells lying open and empty on the beach.

Although colonies will grow on the smallest patch of secure material – boat hulls, jetties and piers – these molluscs love nothing more than a stretch of rocky coast. Head for beaches that have decent-sized outcrops of rock on the lower shore, submerged at high tide but fully exposed when the sea is out.

Mussels are usually discovered in vast colonies, stuck fast to rock faces or buried deep into crevasses, anchored by tough byssus thread. These ‘beards’ hold them securely through the roughest waves.

It is easiest to harvest them with a pocketknife and a plastic bag, but impromptu foragers can fill their pockets with enough for a decent meal by just twisting the mussel a few times and pulling free with a sharp tug.

Gather shiny, unbroken and firmly closed specimens that are neither the biggest nor the smallest, but somewhere in between. Juveniles may not have developed a full flavour, while the bigger, older mussels can be too chewy; those around 40-55mm are best.

Be sparing in your gathering and move a step or two after picking each one to ensure the colony is unaffected and retains strength in numbers. Estimate for half a kilo per person, around 15 to 20 mussels each is plenty.

There is a simple delight in eating foraged mussels, whether they’re cooked in the embers of a fire at the beach itself, or Marinière style at home.

You don’t need cutlery – simply use empty shells as pincers to pull out the meat (they are the ultimate finger food). Doing so, you enter a ritual of sharing that dates back to our earliest ancestors, seen clearly in prehistoric shellfish middens.

Now, just as then, eating shellfish is a form of bonding as well as sustenance. Eyes meet, fingers touch, smiles are exchanged over who will take the last one. There is an intimacy that Roman writer Pliny the Elder obviously had a bit of a problem with: ‘Shellfish are the prime cause of the decline of morals and the adaptation of an extravagant lifestyle,’ he wrote.

Ignore his somewhat skewed paranoia. Mussels make a wonderful meal and one that opens the door to wild food.

Other things you can collect when foraging

Winkles: found on rocks in the middle intertidal zone, these small, rounded spiral shells close up a small ‘operculum’ disc when picked. Wash thoroughly, then leave in salted fresh water for at least half an hour, finally drop into boiling water for a couple of minutes. The meat can be extracted with a pin and eaten right away or served with vinegar, garlic butter or your favourite sauce.

Sea beet: growing above the tideline, and more plentiful the further south you go, these rich green leaves are succulent and delicious. The leaves are a sort of triangular spoon shape, and the whole plant forms distinctive crowns in the shingle. Sweeter than spinach, sea beet can be eaten raw in salads, or lightly wilted and served with butter.

Whelks: larger and longer than winkles, these sea snails are just as delicious as their land-based cousins. Like winkles, they should be washed in several changes of water, but they should be soaked for longer, several hours, and cooked for a while longer too: ten to fifteen minutes. Once out of the shell, you should remove the digestive system towards the rear, as it can be gritty, and serve with vinegar or a sauce.

Bladderwrack: rooted wherever it can find sufficient shelter on the mid to lower shore, this green-brown seaweed is shiny when wet, and all but the smallest specimens sport regular ‘vesicles’ – the eponymous flotation bladders. Prized as the original source of the element iodine, vital in medicine, this seaweed should be dried, cut up, and then fried in oil, or used to make herbal tea.

Limpets: distinctive conical shells, like Chinese sedge hats, limpets are famed for their ability to hold on tight to the rocks they live on. Striking them with a rock near the base is the best way to dislodge them, but if you need more than one go you’ll probably have to crack the shell to break the grip, potentially rendering the mollusk inedible. They can be washed, soaked and boiled for a few minutes like the other shellfish mentioned here, or cooked upside down over a small fire or on embers, until they begin to bubble.

Got any tips of your own?

If so, please share them using the comments box below!

Rob Cowen and Leo Critchley's book describing their journeys around Britain will be published in spring 2012 by Hodder. For more information, follow them on their blog at getbackuk.com