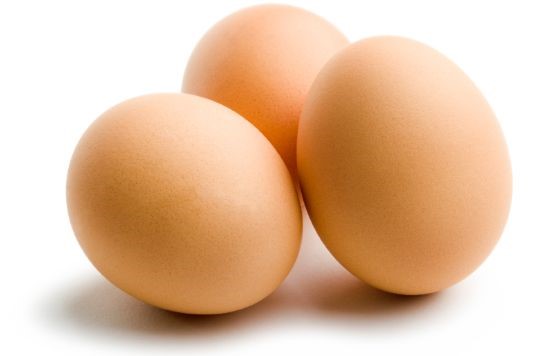 Double-yolk eggs are fairly uncommon. But what does it mean if you find one?

The odds of winning the lottery are higher. And yet cake decorator Charlotte Matthews of Rochdale, near Manchester, recently cracked open 29 double-yolk eggs from a carton of 30, which she had purchased from her local supermarket Asda for £2.39.

According to Vicky Riordan of the British Egg Information Service (BEIS), “it is quite rare for an egg to be ‘double-yolked’ and, although we can’t be specific, the instance of double-yolkers is thought to be less than 0.1%. However, because the hens in a flock are the same age, it is not unusual to find more than one double-yolker in a box.”

According to some reports, Matthews’ experience was one in a trillion. No wonder the story generated so much interest.

What causes double-yolk eggs to appear?

Double-yolk eggs – or double-yolkers as they are commonly known – are two egg yolks found in a single egg, which is usually longer and more slender in shape than a normal egg. Old superstition suggests that finding them can lead to marriage, birth of twins, financial windfall, or even a death in the family.

Scientifically speaking though, a number of factors can cause double-yolk eggs. The most common is that ovulation happens too quickly, when a hen’s productive cycle is unsynchronised. Riordan says these eggs “tend to come from young hens whose hormone system is not yet fully developed.”

They can also be caused by two eggs becoming joined together, when one egg somehow gets ‘lost’ and combines with another. Some hybrid breed of hens also produce double-yolkers; or they may be a result of the hen’s genetic propensity, or even abnormalities during the laying process.

Contrary to popular belief, however, they are not a result of battery farming. “No matter what the system of production, hens are not kept in terrible conditions – stressed hens would not lays eggs,” insists Riordan.

Despite being relatively rare in the UK, double-yolkers are occasionally sold in some supermarkets. For instance, Marks and Spencer used to sell them in packs of six. Supplies are not always guaranteed though, so they are not available on a consistent basis. Your best bet for finding them are in cartons of large or very large eggs.

In some countries like America, Hong Kong and India, hens that can produce double-yolkers are especially bred for this purpose, and the eggs are then sold in food markets.

Does having double the quantity of egg yolks and a reduced amount of egg white affect cooking and baking?

Vicky Riordan says: “Egg yolk, which is more concentrated than egg white, comprises 31% of the entire egg. It consists of 17.3% protein, 31.3% fat, and contains vitamins A, D, E, K and the B group. As the instance of double-yolkers is so uncommon, there are no official guidelines for cooking and baking. However, I would recommend altering the recipe depending on the type of dish, such as soufflé or omelette.”

In other words, experiment and draw your own conclusions. The internet is awash with contradictory information on cooking with double-yolkers, and a few chefs that I spoke to didn’t have any clear tried and tested culinary tips.

What’s your experience of double-yolk eggs? Do you find them in your carton of eggs rarely or regularly? What’s your reaction when you find them? Do you think they are unnatural, and does that put you off from cooking with them? How do you use them in cooking?

How to cook the perfect egg by Gizzi Erskine