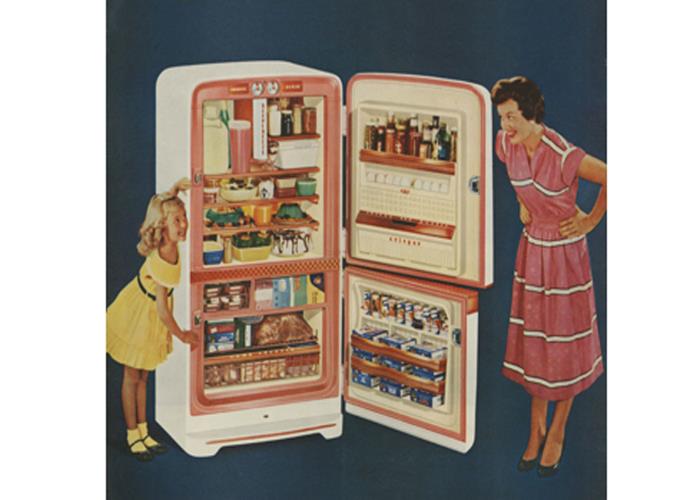 Forget fish fingers and potato waffles, Katie Bryson tells you why it's a smart move to make the most of your freezer.

People can be total snobs about buying frozen food - and often use their freezers for just slinging in a minimal bottle of vodka and some Ben and Jerry's.

I imagine many foodies actively avoid the frozen aisles of the supermarkets for fear of coming into contact with ghastly processed fodder like neon orange crispy pancakes and the uniform cubes of mixed veg.

Well it’s time to cast aside any "mum's gone to Iceland..." associations and get yourself re-acquainted.

Freezing is an entirely natural process and needs no preservatives. Most frozen products on the market are flash frozen which preserves food in its freshest state locking in the nutritional qualities, fresh flavours and natural textures of the food.

Fresh food on the other hand can take a while to reach the shelves, in which time their nutritional qualities will start to dwindle. Two days after picking, spinach has already lost over 75% of its vitamin C.

Frozen fish is often frozen at sea soon after it’s caught, whereas fish sold as fresh can take up to 14 days to reach the counter.

In scientific tests, frozen vegetables are proven to contain the same and often higher levels of vitamins than fresh.

Buying out of season fresh fruit shipped from thousands of miles away is pricey and racks up the food miles.

If you’re a stickler for seasonal produce it might be fun during the summer, but the long winter months can be a little dull. Having bags of things like frozen raspberries and asparagus on standby soon remedies that.

No I don’t mean frozen peas, but a clearer conscience about food waste and the environment. A well-stocked freezer functions more economically (just be careful not to stuff it full to bursting or it’ll affect the temperature).

You also create less waste - you only use what you need and can freeze the leftovers. We chuck out an estimated 8.3 million tonnes of food every year in the UK.

This food could be stored for months in the freezer, and you’re safe in the knowledge that freezing stops all microbiological activity including harmful pathogens that cause food poisoning.

Frozen food tends to be cheaper than chilled products, but there are other ways of using your freezer to make your weekly shopping budget go further.

Buying things like fresh meat and fish in bulk to fill your freezer can be a really savvy move.

Pipers Farm is a top notch meat supplier perfect for stocking up for the BBQ season. If it’s freshly caught fish you’re craving then try The Cornish Fish Monger based in beautiful St Mawes.

The array of hand-made meals available from Cook! outlets are blast frozen as soon as they are made, so all the nutrients and flavours are locked in. They’re the kind of meals you can have waiting in the wings for a last minute lunch party and happily pull them off as your own efforts.

Frozen and individually portioned sauces are another winner for perking up a piece of meat or fish. Waitrose does a brilliant frozen pesto, and family company The Sauce Kitchen has the cracking sounding Cheeky Chipotle BBQ and Seven Spice Tagine.

It’s a world away from mini pizzas and smiley faces.

So it’s over to you. What are your freezer essentials or does the frozen aisle make you shudder?

The biggest food myths in Britain