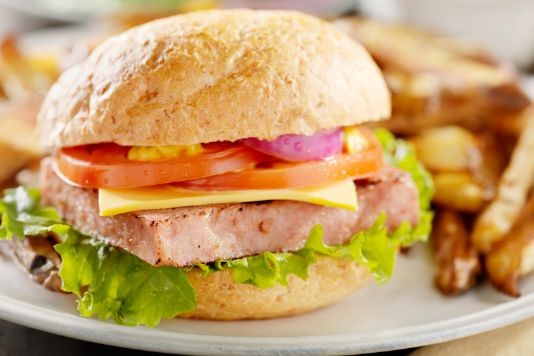 Burger King has started to sell Spam burgers in Japan. But would you want to see Spam back on your dinner table?

How do you like your meat? Cold, processed and entombed in a ringpull can? Didn’t think so – Spam, for many people, is the stuff of childhood nightmares, a throwback to wartime and the 1970s, when meat was hard to come by and branded products a sign of affluence and the zeitgeist.

It hardly makes your mouth water. I can’t think of a dinner I’d less like to sit down to right now. But since Spam launched in 1937 it has sold more than seven billion cans and extended the range to include turkey products, Spam with bacon and cheese, smoked Spam and a spicy variation, amongst others.

The latest wheeze is to make Spam hip - and attract female fans. Burger King has given the meat a makeover and has just begun selling it in Japan, in the form of a “BK shot” – two small sandwiches sold under the strapline “What women want, women get”.

Quite. I can’t remember a female-led campaign demanding Spam burgers, though, can anyone else?

Give me a traditional beef burger over a Spam burger any day - such as these delicious 100% British beef burgers for £1.50 a serving at Westin Gourmet.

Spam has always been a bit of a sore point for us Brits, because we were drowning in the stuff during the Second World War. It was imported from the US and, though better than nothing when no fresh meat was available, became a reviled substitute.

The forces were fed it, too, because the can was such an efficient vacuum that it remained edible for seven months. At times, it seemed there was little else to eat, hence Monty Python’s Spam sketch where a café serves all sorts of dishes – from Spam, egg, sausage and Spam to Spam, Spam, Spam, Spam, Spam, egg and Spam, not forgetting Lobster Thermidor aux crevettes with a mornay sauce garnished with truffle pate, brandy and a fried egg on top and Spam!

Spam had become an integral part of British cooking, even if we hated it. Yet it has always had its fans, too. In much the same way that we remember childhood favourites through rose-tinted tastebuds, Spam has a fan club, a Facebook page and even a Twitter feed. The website recommends delights such as Spam and Oyster Mushroom Pockets and Spam Fried Rice Omelette.

And it isn’t just Burger King or the Japanese who have a special place in their hearts for Spam. We return to it, too, in times of need. The 2008 credit crunch kicked off a trend for nostalgia home cooking – one pots, both slow and pressure cooking, and classic family favourites such as cottage pie and oxtail stew. Spam also benefited, with sales soaring in the US.

Do we need Spam?

Of course there’s nothing wrong with stocking up the larder with tinned goods, but do we still need to resort to Spam? Can we expect the product to experience an annual revival if these bitter winters continue?

Before the Second World War, Britain was well on its way to establishing a healthy food culture based around fresh, whole foods. But at the same time, we were importing many branded goods and clever little tins and packets were the height of fashion.

Inevitably, war blocked the path to a decent and sustainable food culture, and it’s taken us over half a century to reinvigorate it. You can barely switch on the TV today without hearing someone preaching the importance of well-sourced meat. Even if this drives you mad, there’s no point punishing yourself at dinnertime with a can of Spam.

Make your own burgers

How to order meat online