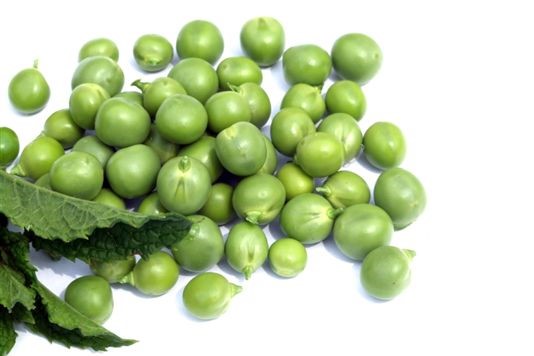 If you love your greens, check out where to pick up the very best peas and broad beans...

Peas and broad beans are the sorts of vegetables which help prove the theory that less is more.

For when we enjoy each of these two green delights - which are said to have originated in the soils of the Mediterranean up to several million years ago - their inclusion can often eclipse all else on the plate. Am I really the only one to first dive for a forkful of peas when faced with a large Sunday lunch?

July and August habitually mark their optimum season – so if you get in quick, you’ll still be able to enjoy them at their prime!

Peas and broad beans - crops that happily grow in cold, rougher climes - are both 'vetches', which essentially means that their plants feed priceless enriching nitrogen to the soil while they grow to their ripest form.

But their ingenious and helpful multitasking is far from the only reason they are so popular among the eating public. (And as if to prove, in case you're interested, just how popular we're talking - there are 40,000 hectares of peas grown in the UK alone each year, an equivalent, I am told, to just under 80,000 football pitches.)

Excessively rich in potassium, Vitamins A and C and iron, they are somewhat of an invaluable and healthy choice of vegetable for just about any meal. For we enjoy both these rotund green masses of goodness boiled, fried and amassed with other vegetables, raw or even, as the Spanish most enjoy in their popular bar snack, Habas Fritas, roasted.

Their ability for self-preservation should also be rewarded.

Once picked, the pea's goodness and vitality is immediately locked in and preserved if instantaneously popped in a freezer – it’s a process which makes the pea one of the healthiest vegetables available (few looked back after Clarence Birdseye stamped his mark on this convenient process). Almost none of its supreme qualities is lost.

Broad beans, in turn, are protected by their hard green shell and duvet-like, white cushioned interior.

Last year, pea-farming took a huge hit when the withdrawal of an Italian export deal forced large employer Birds Eye to cut 180 farmers' contracts in East Anglia. Many were affected and the industry's setback was said to have cost farmers a cool £5.5 million. Nonetheless, and much to our gain, the trade has not completely run out of steam.

These are some of the people who continue to grow our wondrous vegetables:

Tucked away in Scotland - a mere 40 or so miles from Dundee - are the East Coast Viners, a company run solely by a farm manager and three farmer brothers. The Forbes' have grown fresh broad beans, as well as peas for the frozen food sector in coastal Montrose for over 30 years, dedication which has rightly seen them become the invaluable suppliers to all Marks and Spencer's nationwide supermarkets.

The experienced family rent pea-growing fields each season from local farmers, in order to allow for higher yields.

As the UK's leading producers in the frozen vegetable market (they hold around 6% of the UK domestic market), there is little wonder that their current capacity of peas is at 9000 tonnes and broad beans, at 300.

"The way we harvest is a little different from others," manager Fred Richardson explains. "We don't sow our broad beans until quite late in the year, meaning that the very last crop to harvest from this season is the broad bean. It's a lovely way to end it."

And why are these sorts of vegetables so popular with the British?

"To put it plainly, it’s the speed with which one can prepare peas which is so brilliant. Pop it into the microwave or steam them a little and there you have it, the perfect no-fuss vegetable. Plus, I do think people are increasingly conscious of what they eat, wanting more greens and have a better lifestyle."

Barfoots is the largest processor and packer of sweetcorn products in all of Europe, but their talents do not stop there. Their range is extensive and also provide marrows, pumpkins, rhubarb, runner beans squashes, asparagus and courgettes to all sorts of UK retailers.

Broadbeans and peas are part of this rich mix, and they are grown using a combination of traditional farming techniques (this, too, is a family business) and with ultra modern cropping methods.

Matt Kettlewell, the man in charge of the broad bean production at West Sussex-based Barfoots tells me,

"The bean has been doing very well this year, something I believe has been helped along with a near-perfect climate. In fact, this year, we’ve had great legume weather. An early, warm summer and then a subsequent cooler period just behind it. It might not be popular with sunbathers, but for us, long may this sort of seasonal pattern continue. These vegetables thrive on it.”

The lucrative deal they recently signed with Tesco ensured their position in the spotlight. Swaythorpe Growers, who are based at Southburn, near Driffield, are a consortium of farmers, who market their ‘pea’ under the Yorkshire Peas Company brand.

Now in charge of supplying over 150 Tesco stores in the east of England, Swaythorpe Growers – whose maritime Yorkshire fields are perfectly suited for pea-growing – produce their crop over 40 family-run farms. They grow the Celebration pea, a variety renowned for its tenderness and small size.

In order to ensure ultimate freshness and optimum taste, all picked peas are frozen within 150 minutes of being taken off their stems.

“Farming is not an exact science and it’s hard to predict from year to year,” explains Matthew Hayward, a manager and farmer at Swaythorpe. “The beauty of growing as a group of 40 farmers gives us an edge over mother nature. We all share the same price for our peas, so if one field fails, it’s likely another will flourish.

“Peas accompany just about anything. They have a fresh taste that everyone loves, and the fact they freeze so well, makes them the ultimate convenience veg - who doesn’t have a bag in the freezer? East Yorkshire has the perfect climate to grow peas, the maritime climate regulates the temperature from fluctuations -peas like it cool, to ripen slowly and evenly.”

And now for something completely different …

The runner bean, a close relative of the two above, has apparently fallen on bad times. The fresh, tangy green – in season and at its very best at the moment – is fast becoming a vegetable ‘has-been’, with an increasing amount of people turning away from it.

Runner beans – perfect alongside hot steamy racks of lamb or with Lotte Duncan's lamb pie, as well as raw and crunchy amid a salad – are feeling the cold largely because Britons are unaware of its season cycles.

In order to halt this decline in purchases, a group of farmers has come together to create the ‘Great British Runner Bean Revival’ campaign. They’ve already begun going into schools to introduce children to the wonders of it: this summer, they handed out specially designed summer holiday activity packs – which come complete with games and cookery and gardening lessons – in various schools up and down the country.

“If we’re to halt the decline of the British runner bean,” says Daniel Grover of Wealmoor, one of the UK’s leading providers of British runner beans, “we need to capture the imagination of the next generation of consumers encouraging children and young adults to give runner beans a try, have a go at growing their own and support British locally-grown runner beans.”