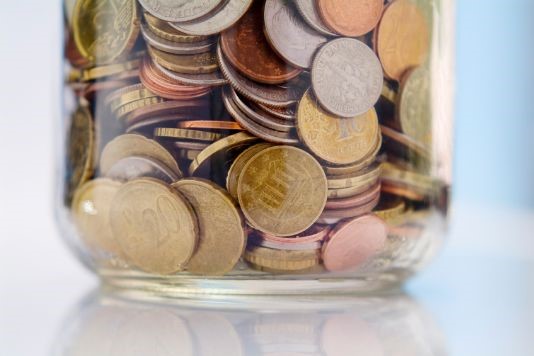 Knowing when or when not to tip can be tricky. But does it even serve a purpose anymore?

One of the things I was most looking forward to when I moved to the UK a year and a half ago from Canada was not having to tip everywhere I went. Not because I’m cheap (all right, well, maybe a little), but mostly because where I’m from, the expectation of gratuity had become gratuitous.

In North America, the tipping culture has run rampant to the point where punters are expected to tack on an extra buck or two for everything from a bottle of beer or a cup of coffee to a taxi ride and a haircut.

To tip or not to tip

That’s not to say tipping is in and of itself a needless expense: I can recount several delicious meals served by informed, eager and helpful waiters, or a friendly waitress at Starbucks who didn’t complain about remaking my coffee.

But across the Atlantic, we’ve been guilted and compelled to always leave something extra, regardless of the level of service, that the gesture has almost entirely lost all meaning.

For example, if you head to a pub in North America, you’re expected to leave 50 cents to a dollar for each beer you order (around £4 - £5). At a restaurant, the standard tip on a meal is 15%, even for sub-par service.

And while it may sound excessive, it seems that some of that enforced North American generosity has ebbed its way to the shores of Britain.

These days the rules on tipping seem rather murky in the UK. Never tip at the bar in a pub, but what if you order food? You should tip at a restaurant, but is 10% enough? What about a 12% gratuity charge which is automatically added to you bill? What if the service didn’t warrant such a tip?

Is rewarding subpar service due to guilt and obligation actually detrimental to the service industry? According to etiquette coach, William Hanson, the answer is yes.

‘I always say you should tip when you’re happy with the service,’ says Hanson. ‘Brits have a tendency to tip all the time, even when service is bad. They forget that it’s not compulsory.’

What are we tipping for?

The argument for tipping seems to be that those who work in the service industry generally make a pittance. According to the UK salary tracker website, the average annually wage for a waiter in 2009 was £15,000 - a far cry for the average annual wage in the UK which teeters around £25,000.

But Hanson, who was the official etiquette coach for the Royal Wedding, says it’s the negative British perception of the service industry that makes us over-tip, even when service is subpar.

‘We think the service industry is a demeaning profession. We think it’s just students and people trying to tide themselves over. We feel guilty because of this and so we feel compelled to tip, even when perhaps their performance didn’t justify it.’

The argument tends to go that because they receive such a low wage, wait staff rely on tips from patrons to subsidise their income. The counter argument, however, is that restaurant owners should incur this cost rather than customers, and the rebuttal to that is that owners would then be forced to raise the price of menu items, which would pass the cost on to the consumer.

So essentially, either way, you’re going to pay.

It makes one feel almost hopeless in a time when the economy is suffering, jobs are scarce and wage freezes and bonus cuts means no extra cash coming in the door.

So why should I give someone who works at Starbucks an extra £1 for serving me coffee without a smile?

‘Too many people in the service industry simply don’t listen and don’t write things down, which means people don’t get what they order,’ says Hanson. ‘We shouldn’t reward mediocrity.’

And while he doesn’t believe that waiting tables is rocket science, Hanson says good service is an art form.

‘Serving people with a smile and making them feel good is a skill. Being a good server means listening and being attentive to customers and what they want. That is what should be rewarded.'

So what should you do in those awkward tipping situations? Here’s what Hanson reckons:

Automatic gratuity: ‘If the service is bad, take the maitre d' or waiter aside and explain your problem with the service and ask them to print you a new bill with a reduced gratuity. It’s not a faux pas.’

Tip jars: ‘Wishful thinking. If you feel the service was above and beyond, then tip. But don’t feel compelled to add to it.’

Hair dressers: ‘Women tend to tip because they have a relationship with their stylist where as men are in and out quickly, so don’t have the same rapport and so don’t tip.’

Pizza delivery: ‘I don’t tip pizza delivery drivers, but then I realised everyone does. I still don’t think I will though.’

But while we might moan and groan about tipping, Hanson – and I have to agree – says that obligatory cash incentives at all times aren’t helping promote a high standard of service.

‘In the UK, our service culture is not going to improve if we keep rewarding bad service because of guilt. We need to reduce the level we tip when service is sub par.’

Because if I’m ever shamed into proffering an extra 50p for a glass of Pinot, I might as well just head back to Canada.

What do you think about the tipping culture in the UK? Do you feel compelled to leave more when you go out, even if service is poor? Let us know in the comments box below.

You too could be a democratic diner