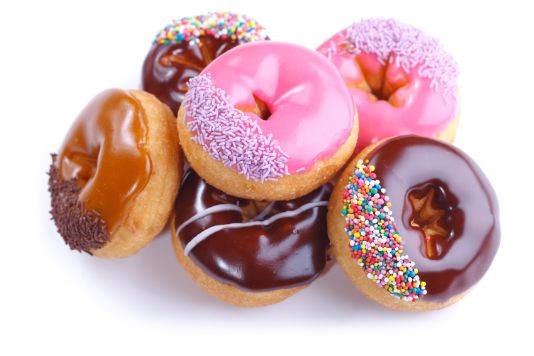 Many people in Britain are overweight. But is it really their fault or do genetics play a part?

Of course it isn’t our fault we’re fat. It is the fault of the food, isn’t it, and all those genetic factors we have absolutely no control over?

At least that’s the view of certain scientists. And it is nothing short of heart-warming to hear that these scientists have discovered the reason we love to binge on fatty foods. Hurray – another excuse explaining away obese Britain’s daily fix of cake and cheese on toast.

What would be much more useful would be finding out not why we scoff fatty foods, but how to stop scoffing them so frequently. Unfortunately it looks like such a remedy is, as yet, unforthcoming.

Anyway, the new bit of science comes from the labs of Aberdeen University, where a switch has been discovered in the brain that reveals Europeans are far more likely to binge on fatty foods than Asians.

This “DNA switch” (that’s about as technical as we’re going to get here, folks) turns a gene called the galanin gene on and off. And this galanin gene resides in the brain’s hypothalamus, and regulates appetite and thirst.

The finding shows that this switch is usually weaker in Europeans than in Asians, and so Europeans (those of European descent) find it more difficult to resist fatty foods.

“The switch controls the area of the brain which allows us to select which foods we would like to eat, and if it is turned on too strongly we are more likely to crave fatty foods,” explains Dr Alasdair MacKenzie, who led the study, which was published in the Neuropsychopharmacology journal.

“These results give us a glimpse into early European life. A preference for food with a higher fat content would have been important for survival.”

Fat saved us in the Ice Age

This is because it was so cold for our ancestors during the Ice Age that they needed all the food they could get to survive, and fatty foods can be laid down (in bums and tums) for when food gets scarce.

It is interesting that our genetic make up has adapted so little in 20,000 years, and the researchers hope this might give some insight into potential cures for obesity.

Is this just another excuse?

As for me, I just think it’s another fabulous wheeze for blaming being overweight on someone or something else. There are so many excuses flying around for why, as a nation, we are so fat. It’s as if "make them stuff their faces" were the one manifesto promise governments had kept in the past two decades.

There is very clear evidence that certain illnesses, such as endocrine disorders, make one put on weight. Lots of prescribed medications will have the same effect.

Then there is the psychological drama of eating, which lays down the patterns for serious disorders and confusing emotional eating patterns from a young age in many people.

We are too greedy

But come on, in addition to the above, why can nobody just admit that they like butter and they like ice cream? Why are we too scared to say that we are fat because we drank beer and ate sausages last night, and couldn’t be bothered to go to the gym this morning?

Are Asians really likely to say no to less healthy foods because of a DNA switch, or are their societies not yet as bloated on fast food? The last time I looked, curries and Indian sweets are not easy on the fat content.

I commend all the research being done into finding solutions for the obesity epidemic, but it doesn’t help to put the problem down to genetics and absolve us all of eating too much.

Stop starving us and give us proper portions!

The lighter way to enjoy chocolate