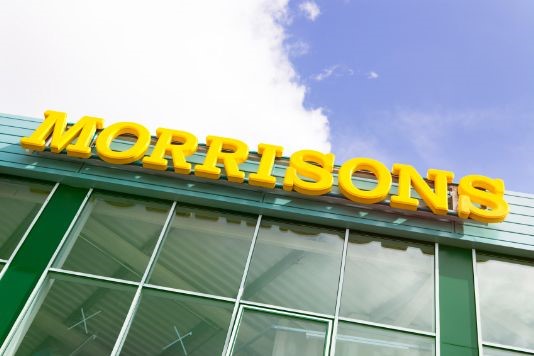 Morrisons is starting to go upmarket, offering posher food at better prices. But is it a good idea?

It’s not just the prices, which are arguably more than in other stores (this is difficult to measure from day to day and depending on the quality of the products and competing loss leaders etc.).

Waitrose is posh because of the amazing range of high end, foodie, organic, niche, exclusive, interesting and unusual items on its shelves. Which means you’re bound to spend more on a shop there because of all the tempting goodies.

By ‘eck: it’s so posh, it has a royal warrant to stock the fridges of the Queen and Prince Charles.

Oh, and it’s posh because it’s southern – it’s only in the past decade that Waitrose, now our sixth largest supermarket, has ventured up north.

Morrisons, on the other hand, has a rather different image. It is the UK’s fourth largest supermarket chain, is headquartered in Bradford, and is a northern store through and through. It also has less of an upmarket image compared to Waitrose.

But forget what you know about either store. Put away your preconceptions and go and see what’s on the shelves instead. Because there are a few surprises at Morrisons.

The biggest surprise right now is the fancy black truffle Morrisons has bought in for some of its stores – at £99.99 a kilo!

If this sounds like a hefty whack for a few shavings of truffle, however pungent, delicious and sought-after they may be – and given the fact a pig or a dog has to snort around in the Umbrian soil to snuffle out the prized funghi gems - consider that this product often fetches around £700 a kilo. That’s a 60% mark down. Incredible.

Morrisons has obviously struck a fantastic deal with its suppliers. Apparently most of the people buying the truffles, which are on sale at the Kirkstall store in Yorkshire, are foodies and restaurateurs. They are buying loose lumps at around £7 each.

The chief executive, Dalton Philips, is reportedly trying to shake off Morrisons’ northern image by offering fancy products which are out of line with its reputation as a supermarket for cheap food – a move which might well leave a number of its loyal customers disgruntled.

I, for one, think it’s a good thing that truffles are being brought to a wider audience. Usually you have to go to Umbria to bag your own, pay extortionate prices in a restaurant for a few slivers on top of pasta, or visit a specialist foodie shop for the pleasure.

“At Morrisons, we pride ourselves on being able to offer the widest range of fresh ingredients we possibly can,” Richard Hardaker, a Morrisons buyer, told The Daily Telegraph.

“Customers are becoming increasingly ambitious, with at-home chefs seeking rarer and more original produce. We are lucky to work directly with suppliers in order to give a great price on a fantastic product such as this, to make our stores a real destination for gourmet produce.”

Are suppliers being squeezed?

Well, what about these suppliers? It might be ok for the Umbrian truffle guy to sell at such a low price this year, but will he be forced to stick to such a reduced figure in the years to come? This doesn’t seem fair, and smacks of the methods used to squeeze British dairy farmers, Caribbean banana producers and African cocoa growers.

And how are we to react? Will we just feel smug to bag such treats at vastly reduced prices, no questions asked?

One thing’s for sure, this is the start of Morrisons giving Waitrose a determined run for its posh produce and middle class clientele. The pair first began to butt heads when Morrisons bought Safeway in 2004, thus developing its empire into the south. To meet competition regulations, Morrisons had to offload some of the Safeway stores, and Waitrose eventually ended up with 31 of these – creeping northwards as a result.

Now the pair is back at its turf war, but this time over customers rather than physical supermarket plots. Strike one goes to Morrisons: selling the truffles is a novel publicity stunt to show shoppers they should have another look at Morrisons: come here to buy some foodie items, and stock up on other bargains while you’re at it.

It’s a good plan. But if I were to buy something as special as truffle (I never have, by the way), I think I’d quite like to make a special trip to a destination specialist shop, hung with salamis and reeking of cheese, and chat to the owner about my precious purchase. Just saying.

The world’s most expensive food and drink

Become a barista in your own kitchen