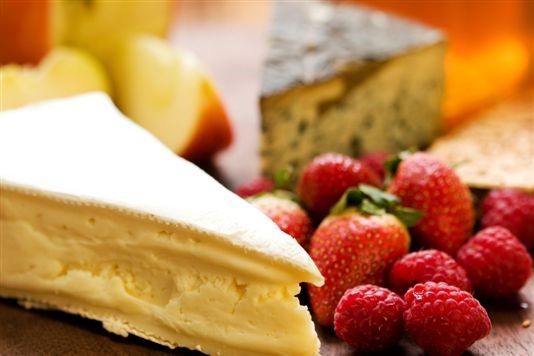 Check out these tips on how to buy cheese, from the experts at the Great British Cheese Festival!

I don’t know about you, but sometimes I find the choice of different cheeses available nowadays to be a little overwhelming.

Often, I’ll find myself falling back on the same old variety of cheddar time and time again. Boring!

The trouble is, even when I do want to try a new cheese, I’m wary of buying one I don’t know anything about - especially if it comes with a hefty price tag!

Luckily, last week’s Great British Cheese Festival, held annually at Cardiff Castle, saw some of the best artisan and speciality cheesemakers come together for a celebration of all things cheese - so I took the opportunity to go along and ask them how to buy delicious cheese. Here are their tips:

Tip 1: Try before you buy

If you're looking to broaden your cheese tasting horizons, it's probably a good idea to steer clear of the supermarket shelves which don't allow you to try the cheeses first.

In fact, Juliet Harbutt, the creator of the festival, believes: “If they don't allow you to taste the cheeses, you're in the wrong shop.”

So look out for specialist cheese shops, delicatessens or even good deli counters in supermarkets when you want to branch out.

And don’t fall back on old classics once you've made that decision. Let the seller guide you.  As Juliet points out: “What's the point in going to a really great cheese shop and saying you'd like cheddar?”

She recommends letting the seller dictate what's interesting and point you in the direction of something interesting. “That is also the mark of a great cheese shop where someone loves what they're doing, versus someone who just sells it.”

Ever heard of raw milk cheese?

It doesn’t sound terribly appetising, but don’t be put off.

Raw milk cheese simply means that the milk used in the cheese is not pasteurised to retain its natural flavours and is used by several different cheesemakers, including Keen’s Cheddar. George Keen explains why: “Milk is a very delicate product, and we need to preserve those intricacies. Heating it to 72 degrees Celsius [during the pasteurising process] is quite a harsh thing to do.”

The result of using raw milk to make cheese is a flavour that is much more natural, and, according to George, probably more akin to what our great grandparents were used to eating, before the modern cheese making process became mainstream.

Tip 3: Check where the cheese is made

Another interesting factor to consider is where the cheese is made.

Some cheeses can only be made in certain geographical locations, such as Single Gloucester. 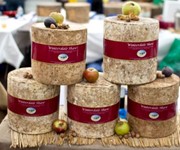 But I’m talking about looking at how the place where the cheese is physically made affects its taste.

For example, Kentish cheese Winterdale Shaw cheese is made in a naturally cool cave underneath the cheese bar on the farm.

This, according to Winterdale Shaw's cheesemaker, Robin Betts, has a number of benefits. “It gives it a lovely colouring on the outside,” he explains. “And there's also a lot of chalky aromas in the cave and that imparts onto the mould that is on the outside, which passes on to the cheese you actually taste.”

Most cheesemakers seem to agree that it is length of flavour that really characterises a good cheese. This means that the flavour will last with you for a while after you initially start to taste it, rather than disappearing straight away.

Robin Betts expands: “With a lot of cheeses you'll get a burst of flavour and then that's it, it's gone. But, if you're still getting the flavour carrying on, you know it's a sign of a good quality cheese.”

Tip 5: Taste first with your nose, then with your mouth

According to Catherine Lyner, from Cornish Yarg, there is a certain approach to tasting cheese. “First of all, you're looking for the aroma,” she says. “You should be anticipating what it's going to taste like from the aroma.

Tip 6: Look for a good balance of flavours

For other cheesemakers, the important thing is that cheese is neither one thing nor the other. “I would argue in any cheese you should look for balance,” says Sarah Furno of Cashel Blue, an Irish cheese. “There shouldn't be too much sharpness, there should be richness.”

Equally, different flavours occurring as you try the cheeses is a sign of quality. Bryan McNab-Jones from Godsell's Cheese says: “You'll know it's a good cheese when the first flavour is not the last flavour you get. If you tried our variety called Singing Granny, you'd still be tasting it two minutes later and you'd have different flavours growing all the time.”

Tell us your own tips

Got any tips for buying cheese yourself? Have you tried any of the cheeses mentioned in this article? Please share your thoughts using the comments box below!

Also worthy of your attention

The best cheese shops in the UK

Thanks to Amy Davies for the photo of Winterdale Shaw Cheese