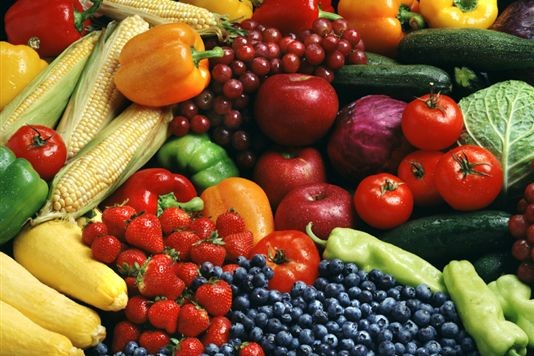 Where can you find the best farmers' markets in Britain?

Farmers' Markets are no longer a rural occurrence; for many urbanites they are now a “must visit” weekly pilgrimage. The markets are seen as a chance to buy top quality produce direct from the source, cutting out the middleman and the supermarkets.

At a good farmers' market you are guaranteed great produce, often far better than that provided by the supermarket. Rare breeds meat and heirloom varieties of fruit and vegetables are popular, as there is simply not the volume or demand to supply supermarkets.

Jimmy Doherty, of Jimmy's Farm told me that the main reason why rare breeds of pork became unpopular was because consumers did not like the black hairs in the skin of the meat.

At a market, the farmer can talk to their customer and explain their products, which is impossible at the supermarket.

The first modern farmers' market in the UK was the Bath Farmers' Market, which was established in September 1997.

Over the last 14 years there has been huge growth in the sector. Now there are over 500 regular markets in the UK.

Estimated sales from markets (and farm shops) total a massive £2.5bn per year. Many markets are now highly commercial and run by professional organisations.

A quick poll on twitter suggested that some farmers' markets are great and some not so good.  The best ones mentioned are:

Stroud, Gloucs: The market, held every Saturday from 9 am to 2 pm at Cornhill Market Place, is an award winning market with between 40 – 60 stalls. On sale is the full range of fresh produce that any visitor would expect, as well as things like burgers and cheese.

Oval, South London: A local market held every Saturday directly opposite Oval Tube Station. It avoids the hype and the crowds of the more well known Borough Market. The market is popular with urban professionals who can shop and socialise on a Saturday morning whilst their children play.

Halesworth, Suffolk:  This market is full of local produce and local people. Like many farmers' markets, this happens once a month – on the second Saturday.

Lincoln boasts three separate markets. The City is surrounded by farms so a lot of the locals don't 'buy' the idea and regard it as just a market! The weekend market is held on the 1st Saturday of the month

Winchester farmers' market became so popular it is now held twice a month on the second and last Sunday of the month.

St Andrews Farmers' Market is held on the first Saturday of the month, and I am told is great for meat - particularly lamb and venison! Not so good for vegetables though, sadly.

Are things what they seem?

It is usual, but not always so, that the produce sold at farmer's markets is farmed or made by the vendor, however it is best to check.  Just because it is a farmers' market it does not mean that the wares for sale are organic.

Recently in America, it was found that some vendors were passing second rate produce laced with pesticides as organic!  To be sure of what you are buying talk to the vendor, ask questions.

In Britain there is a Farmer's Market Certification scheme, run by FARMA who inspect markets to ensure they are the "real deal" ensuring that all vendors either farm or make their produce.

Farmersmarkets.Net lists FARMA certified markets, whilst there is a more general list at this site.

Do you shop at farmers' markets? If so which are your favourites?

Top delicatessens in the UK