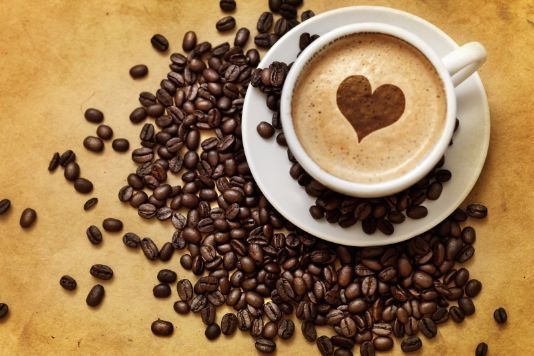 It's official. Britons are much more into their coffee these days than they are their burgers.

Statistics show that in 2011, there are now more Costa Coffee chains than there are McDonald’s branches around the country – to be exact, there are 1295 coffee shops to the burger chain’s lowly 1200.

This news, however, leaves me in a quandary. I’m undecided over whether to cheer for what I expect is a very tentative decline for the unhealthy American junk food chain, or be concerned over the very evident appetite we all have for coffee shop coffee.

I have nothing against Costa. Their chocolate twists are second to none and the staff I’ve encountered in their branches are great. I am, however, compelled to take issue with their coffee. For ever since the ‘Starbucks’ era began on these shores a few years ago, there’s been no stopping our relationship with the often over-sized vat of brown-liquid we’re served as ‘coffee’. But I can’t help wondering whether we truly are so fond of this ‘coffee’, or whether we’re all just stuck within a fad?

For me, coffee represents something of a swift, unaffectionate one-way relationship. I expect only one thing out of it: to wake me up. Like other Italians, the idea of pushing my way to the front of a busy coffee bar, being served a potent espresso in a china cup, before shooting it, leaving some cash and exiting the shop, is more than ideal. There’s no selection of toppings and there are certainly no stamps ready to ‘reward’ you with your attendance.

But in these paper cups filled with what seems like gallons of hot, brown liquid that carries the aroma of weak, diluted coffee, I don’t think we’re getting much of that at all.

Instead, I feel we’ve become dependent on clutching onto these sorts of beverages - do we do it just to seek warm comfort on frosty mornings, or just to help us blend in with everyone else?

But then there’s the customising that we enjoy, too. Travel to America, and it’s easy to see where the craze of asking the customer what else they would like ‘on top’ of their coffee, really started. For whether it’s a drip drop of caramel, a pretty squirt of whipped cream or ‘the skinny, but grande with an extra shot of hot water and warm milk on the side’ version we’re requesting, we’ve all undeniably become a little particular about what we drink – and how we drink it.

But what would have happened if no one had ever asked? I reckon the quick-fix cheap shoddy hallway dispensers (where did those go?) and polystyrene cups would still work just as well for some people.

But what made me first stop and think about an office work habit that had begun to spiral out of control (twice daily, maybe three on bad days, four if someone offered asked me and I didn’t feel confident enough to say I’d had enough), was the price of the beverages being bought.

Have you ever thought twice before shedding a near £2 for a vat of coffee while realising that the same amount would cover the cost of a normal supermarket sandwich? To spend £4 for both is a little obscene – not because this is a large amount, far from it in fact. It’s just that by paying an equal amount for liquid and food – which we all happily seem to do on a daily basis - I can’t help but feel there’s a large amount of daylight robbery at play.

Of course, there’s also the issue of overblown prices on the other coffee shop produce. For if a caffeine hit is a costly £2, you’re likely to see a Panini setting you back a near £4, which all in all makes a grab-and-go weekday lunch a rather costly affair.

Make your own coffee

Thrilled as I am that a ‘continental’ style of diet, filled with steaming coffee, Panini, pastries and yoghurt, is doing better or holds just as much importance in Britain now as a greasy junk food locale, I worry that for lack of choices, we’re spending all our hard-earned money in the wrong place.

Not to say we should stop frequenting such places – especially since in the last month, a one Alberto Ascherio of the Harvard School of Public Health, came out to suggest that drinking coffee brought about ‘a lower risk of developing depression than those who rarely or never drink coffee’.

But Costa Coffee’s prevalence in the UK suggests that the company are enjoying the swollen profits of our over-purchasing. (The irony being that in Italian, the word ‘Costa’ is a way of saying something is ‘expensive’).

Wouldn’t it be more economical to make your own coffee? I’m not suggesting we all buy ourselves fancy, pricey espresso makers (though I believe that they’re likely to give you a better return in the long run). But a cafetiere and a bag of ground coffee, available for as little as £1.90 (for more than just one cup) can be an easy solution. You may just find you’ll never go back into a Costa Coffee again.

Can caffeine make us healthy?

What the baristas are not telling you