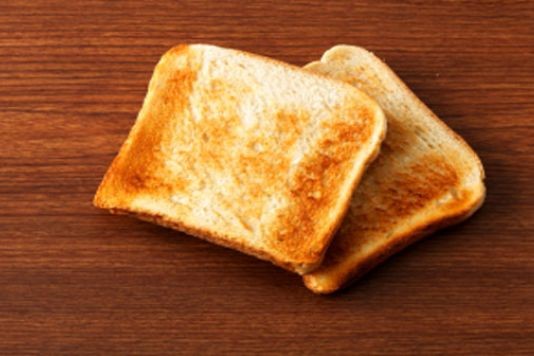 One of Mrs Beeton's most economical recipes has been revived for these austere times.

Times are tough right now, leading to the revival of one of Mrs Beeton’s less-celebrated but most economical culinary creations - the toast sandwich.

But the Royal Society of Chemistry (RSC) has revived it to mark the 150th anniversary of the publication of Mrs Beeton’s best-selling Book of Household Management, where it was originally published.

You probably won’t be surprised to learn that the recipe is remarkably simple:

Toast a thin slice of bread.

Butter two slices of bread and sprinkle with salt and pepper to taste.

Place the slice of toast between the two slices of bread and butter to form a sandwich.

The RSC estimates that it costs just 7.5p to make.

Make it cheaper with marge

Dr John Emsley of the RSC said: 'The RSC decided to promote Mrs Beeton's toast sandwich because it might just be what we need to get us through the harsh economic times that are forecast.

'Nor need you use butter; margarine will do just as well. That option was not open to Mrs Beeton because she was writing a few years before margarine was invented.'

To mark this auspicious revival, the RSC’s chef prepared a batch of toast sandwiches, which were then given to visitors to the Royal Academy.

What’s the cheapest meal you’ve ever made? Do you make it regularly? Can you make a meal for less than 7.5p? Share your thoughts in the Comments box below.

Could you live without a fridge?

Can 'fake foods' be as good as the real thing?