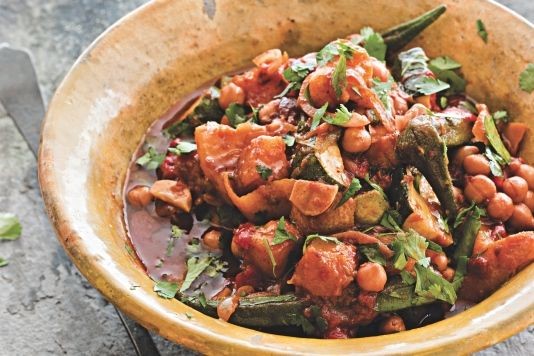 In a bid to save some money, Charlotte Morgan decided to try a week as a vegan. Here's how she got on...

It started off as a money thing. Thanks to a ban on battery cages (about time too), we have to pay nearly 40p extra for a dozen eggs. And that makes a big difference to one’s wallet, especially if you’re mad keen on baking and omelettes like me.

Surely, then, I could save a bucket if I cut eggs out. And seeing as I only ever buy pricey organic milk, I’d save even more if I kicked that habit too. Hell, why not go the whole hog and become a vegan? So as a journalistic experiment, I dedicated seven days of my life to veganism in search of a cheap – yet still tasty – diet. Boy, was it an experience…

Without tea, Britain would never get out of bed. But I can’t stand it black, and adding soya milk makes tea taste like rice pudding, so I cut it out completely and saved around £7 by not buying any from coffee shops.

It wasn’t worth it – caffeine withdrawal is a horrible thing. My eyelids drooped, I was irritable, and I had a headache every day of the vegan challenge, all because I didn’t get my four-cups-a-day hit.

Curse this milk ban. Why would you cut it out anyway? Sure, it’s a bit odd to drink liquid secreted by the mammary glands of the adult female cow – but is it morally outrageous? I needed more than just money as a reason to stay vegan. Fortunately, a visit to The Vegan Society website soon gave me that.

The production of non-organic milk in this country is, it transpired, pretty horrific. In the 1940s cows produced 3,000 litres of milk per cow, per year; by 1995 it had more than doubled… goodness knows what it is now. Useless after four-or-so lactations, dairy cows are usually slaughtered at the age of five when in theory they could live for another 20 years.

Plus there are all sorts of horrible facts about the way calves are treated. Most are stripped from their mothers after 24 hours and, if male, often shot at birth (as opposed to being exported and raised in veal 'crates' - a practice banned by The EU in 1996). With that in mind, I decided to stop moaning about missing milky tea .

Besides, almond milk and rice milk both went well with my Kellogg’s Fruit ‘n’ Fibre, one of many vegan-friendly cereals according to the online Best Vegan Guide.

The stomach constantly grumbles when you spend all day looking at food. Elevenses, therefore, is a must. Usually I’d go for a bag of crisps, maybe a yoghurty fruit and nut bar, or a slice of cake… all of which were OUT. Yep, even crisps often contain dairy products – lactose, for example, is used as a flavour enhancer.

But not to worry: veganism scores 10/10 when it comes to snacks. Pop down your local health shop and you’ll discover a world of nibbles that you’d never even considered before.

I loved O Bars for breakfast (pomegranate, raspberries and oats); raw fruit and nut Nakd bars for a fun snack; healthy pop chips (pressure-popped potatoes) for a salty hit; and Mrs Crimble for a slice of I-can’t-believe-it’s-not-got-butter-in stem ginger cake, every crumb of which was hoovered up by my non-vegan colleagues.

But what about the price? A fancy raw fruit bar will set you back at least 75p – nearly the same price as a whole pack of (non-vegan) McVitie’s Digestives – and a weeny bag of cashew nuggets costs a whopping £3.50! I did try and find a vegan-friendly yet still run-of-the-mill snack in the supermarket, but aside from fresh fruit I failed miserably. I spent at least an extra £10 on snacks for the week.

The one thing I can’t live without. I nearly cried when I licked my first vegan chocolate lollipop, bought from a supermarket on day one of the vegan challenge. It tasted like soil.

But if you investigate further, beyond the shelves of Morrisons, the taste of vegan chocolate suddenly excels. Vegan and raw foodist Laura Coxeter makes beautiful ‘truffles’ (pictured here) in the back room of an East London health food shop (you can buy them on her website too) from cacao butter, coconut palm sugar, raw cacao powder and all sorts of natural goodies. My favourite was her goji and coconut chocolate.

“A normal chocolate bar will contain all sorts of emulsifiers and flavourings,” said Laura, “but because vegan chocolate is quite a bespoke product, it’s usually handmade and full of natural ingredients. I make my chocolate creamy with coconut milk, and I deliberately don’t grind the beans much to give added texture.”

Montezuma dark chocolate with peppermint and cocoa nibs was another vegan find, and Original Beans dark chocolate – for every bar bought, a tree is planted in the rainforest – was equally superb. But you can imagine how expensive they both were. In chocolate terms, I was £8 down for the week.

One cannot survive on posh vegan snacks all day, and at first feeding myself properly was a nightmare. I lived primarily on beans, pulses and salad, and was constantly hungry due to a lack of protein and fat usually obtained from meat, fish and dairy.

I needed help. So it was back to Laura Coxeter: “I strongly believe that eating meat is bad for your health. And besides, there are loads of far more natural protein and fat sources. Fill up on seeds, celery dipped in homemade nut butters, dark green leafy greens like chard… avocados are particularly fantastic, because of their high good-fat content. I used to eat five of them a day!”

An avocado a day really did help, and on Laura’s recommendation I decided to make the most of my veg with a lovefood.com recipe for Mediterranean tagine. So confident was I in our recipe (pictured above), that I invited a carnivorous friend round (who later admitted that she’d had a cheese and ham sarnie before leaving the house, just in case) to share my tagine - she loved it. Fruity, spicy, colourful and filling, I’ve made it twice since leaving veganism.

But what about the expense? My tagine called for pricey ingredients such as butternut squash, dried cherries and apricots and, although it’s cheaper than buying steak (I saved near £9 by not eating fish and meat), it was still expensive. Here are some reassuring words from Laura: “I actually think that veganism is cheaper than being an omnivore. You can be as gourmet as you want with any diet, but at the end of the day my diet – and it’s a raw, vegan one – is essentially fruit, vegetables and seeds. An example of a very simple, very cheap vegan meal is to make courgette noodles with a spiralizer then chuck it together with a pesto made from olive oil, pine nuts, cashew nuts, hemp seeds, garlic, lemon juice and salt.”

Eating out as a vegan

Going out for a meal as a vegan is damn near impossible, if you go to a normal restaurant. The scant vegetarian options almost always contain dairy, and when I requested a cheese-less pizza at a nearby chain, I had to pay the same price as a normal one. Outrageous!

Thank goodness for speciality restaurants. From The Willow in Devon to The Lakeland Pedlar in Cumbria and Greens in Manchester, I’ve been to veggie and/or vegan restaurants up and down the country because I love how innovative the cuisine can be.

Nouveau veggie restaurant Vanilla Black, in London’s Chancery Lane, was perfect for my vegan challenge, given its separate vegan menu with two options for each course (three courses came in at £35). There was beetroot and baked porridge to start; a main of golden raisin and cashew nut potato with cauliflower puree; and an outstanding peanut butter cheesecake with cracked cocoa bean for pudding - what a treat. But I have to confess I was envious of my fellow diner’s poached hen egg and Ribblesdale cheese soufflé…

Head chef and veggie Andrew Dargue (pictured with me, left), who brought Vanilla Black from York to London with partner Donna Conroy in 2008, said that they only get one or two vegans in a day: “Vegetarianism is far more prevalent, and to be honest our priorities are vegetarian ones. But it’s quite easy to make a vegetarian recipe vegan, because of all the fantastic dairy-free products out there. The most useful ingredients for cooking vegan is soya milk. We use that in our desserts a lot”.

“There is a massive jump between vegetarianism and veganism,” he added. “The problem with a vegan diet is that it’s very low in fat. It’s fat which satisfies us. Whether there’s a difference between being satisfied and being full I don’t know, but I can imagine being very hungry without it."

“Maybe I would go vegan one day – who knows! You start to think more about things – about what you’re putting in your body – when you get older. But I would miss butter the most… I love my bread and butter.”

Andrew and Donna have recently opened Orchard vegetarian kitchen and grocers in Holborn, which I also visited. Homely, casual, cheap and everyday, the food still has Andrew’s nouveau twist on it, as my shallot and hazelnut tart with pickled mushrooms and nutty puree so perfectly proved.

Here's what I learnt from my week-long challenge:

2. To save the cows, I will try and have only rice, soy or almond milk with my breakfast cereal. But I’m afraid I need (organic) milk in my tea.

3. Vegan chocolate can be superb. Who’d have thought it?

4. Taking the meat and fish away forces chefs to be far more innovative with their cooking. But to remove cheese, butter and milk as well… is that just too limiting?

5. What a way to lose weight! Cutting out all that fatty meat and cheese made me two kilos lighter. But doubtless I shall be putting that all back on this weekend, in the form of this cheesecake.

Are you a vegan? Or could you easily become one? What puts you off? Tell us in the Comments box below.