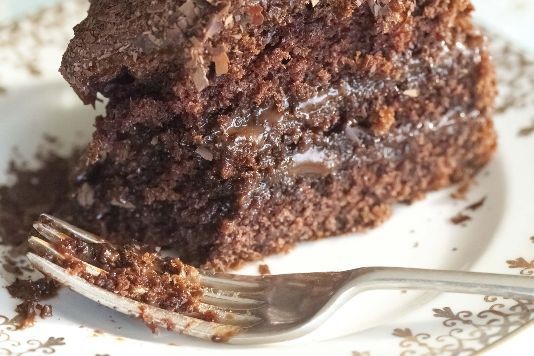 Chocolate sponge is Britain's favourite cake, fact. Do you agree with the results of a new survey?

2,000 adults were queried on their cake preferences for the survey commissioned by The Good Food Channel. Chocolate cake came first, silver went to Victoria Sponge – traditionally made with strawberry jam and whipped cream - , bronze for Black Forest Gateaux, carrot cake in fourth, and coffee cake in fifth place.

Battenberg, traditional fruit cake, Christmas cake, banana cake, and angel cake were all in the Top 10, too.

Two thirds of those that took part in the study said that their vote was made purely on taste, but one in ten said it was their preferred cake because it reminded them of their grandmother.

Another top stat: one in twenty cake-loving Brits claim to eat up to four slices a week; controversially, nearly half of those polled said women were far greedier than men when it came to cake!

Additionally, nearly half of those surveyed said the best accompaniment to a nice slice of cake was a traditional cup of tea.

Let’s see if your favourites match up with everyone else’s… vote in the poll below to decide Britain’s best cake!

Vote for the UK's favourite food

The UK's favourite fruit and vegetables