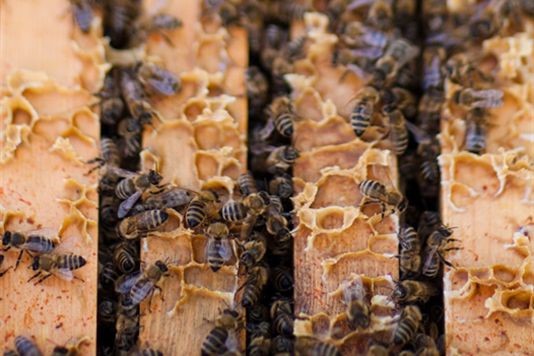 For the sheer love of bees, here are five wonderful facts about the little buzzing critters.

1. There are three different types of bees in a hive: a) male drones, whose sole purpose is to mate with the Queen b) female worker bees, who do absolutely everything (including cleaning the hive and collecting pollen), and c) the Queen bee, who lays around 3,000 eggs a day.

2. No bee colony could eat all the honey it produces – humans have been collecting the leftovers from as far back as 10,000 years ago. The ancient Egyptians used it to sweeten cakes and biscuits.

4. Buckingham Palace has four bee hives in its gardens and Clarence House has two on the roof.

All photos courtesy of Julian Winslow.

Bees in the city