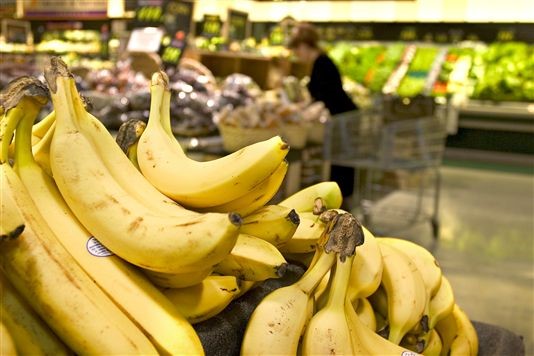 Our man shops in three very different supermarkets and sees who comes out on top for price and taste.

There’s arguably never been so much competition in the supermarket sector as there is right now. As our spending power has diminished, many of us have switched supermarkets to the likes of Aldi and Lidl, enticed by the promise of more for less.

Aldi, in particular, certainly appears to have upped its game to meet this new demand. A six-fold increase in profits, while Tesco profits fall for the first time in 18 years, plus Which's vote as Supermarket of the Year suggest it is getting it right.

But is it really cheaper to shop at Aldi than Tesco? And how do the products rank on taste? It's all very well having a cheaper shop but if the products taste dreadful then it's something of a hollow victory.

I decided to test three supermarkets over three successive weekends – Aldi, Tesco and Waitrose. The reasoning for this choice was that each represented a different segment of our supermarkets: Aldi is the deep discounter, Tesco the classic mid-range, and Waitrose the more upmarket.

I bought the same basket of goods wherever possible at all three supermarkets.

The goods I selected were aimed at feeding my family of four, which means there is an emphasis on fresh food, particularly fruit and vegetables. In each case the cheapest own brand product available was chosen wherever possible. And here's how they came out on price:

As you can see, Aldi is the winner when it comes to cost, with Waitrose a very distant third. But that's not the full story.

In terms of taste, the Ward family say Aldi came last, with Tesco in second and Waitrose top. Aldi's grapes were watery, the scampi was made from strange pink globules that bore little relation to seafood, the ham and chicken slices were tasteless and slimy, and the beef mince was fatty.

You could argue that I didn't conduct the taste test blind, so I came in with preconceptions about the quality which have coloured my conclusions. I'd rebutt that by saying that my three-year-old son and one-year-old daughter definitely don't have any perception of brands; they go on taste alone. And the fact that they didn't want to eat some of the Aldi food was a further indication that the quality isn't consistently there.

Having said that, the rest of the food was fine, with the general consensus, either verbally from my wife or via empty plates from the kids, that it was no worse than Tesco's.

But there is definitely a very discernable difference in quality between Aldi and Waitrose. It arguably isn't as great as the 1.4 ratio in price, but personally I would never do all my food shopping at Aldi. It's great for bulk buying store cupboard items and other non-fresh products, but its fresh lines, particularly meat and fish, aren't strong enough yet. Interestingly, Aldi has announced that it is going to improve its fresh offering, particularly fruit and veg, and stock more premium drinks brands at bargain prices.

In fact, apart from its multi-buy deals and alcohol discounts it's difficult to see where Tesco really scores these days.

Following this (very non-scientific) experiment, my ideal combination is bulk buying non-fresh food every few weeks at Aldi and buying fresh each week at either Sainsbury's (which does better on the Fairtrade/free range front) or Waitrose. I also buy some meat and cheese at local farm shops and farmers' markets if it's convenient. But if Aldi does step it up in the fresh section, it will be a serious contender.

Where do you buy your food shopping? Do you shop around or stick to one supermarket? Let us know in the Comments section below.

A version of this article is also on our sister site lovemoney.com

How to save money on food

Living below the line, on £1 a day