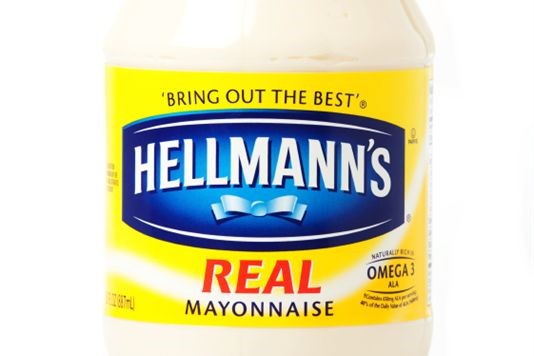 For this low fat v original taste test, we put original mayo up against a (much) lower-fat version. Which came out on top?

The difference: there’s 79% fat in normal mayo (of which 6.6% is saturates) and just 3% in Lighter than Light mayo (of which 0.5% saturates)… a huge difference! There is, however, a much more extensive ingredients list for the light version, and they bear no resemblance to each other in terms of consistency.

The test: six tasters tested the two varieties. They were not told beforehand what the difference between the varieties was, so it was a completely blind test.

The result: low fat wins. Another surprise, especially seeing as only one person preferred original mayo. Apparently the light version ‘tastes like mayonnaise should taste’, it was ‘far less salty’, and it seemed ‘less fatty and therefore more tasty’. The only person who picked original did so because ‘you could detect the egg better’.

The conclusion: well, if it wins on taste and on fat, then why not buy it? Be warned, though: it’s very different in consistency to original (which is far smoother) and there are all those unidentified ingredients to deal with.