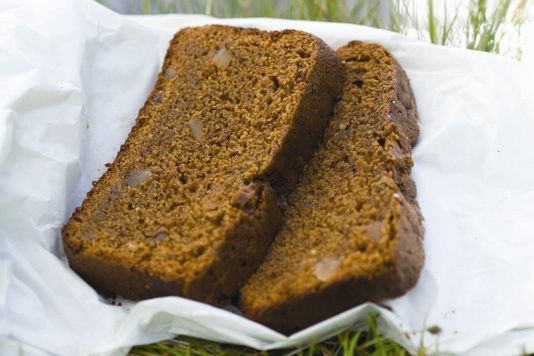 Andrew Webb explores some of the many styles of gingerbread made all over Britain. Perhaps there's one from your region?

“Had I but one penny in the world, thou shouldst have it for gingerbread.” So said Costard in Shakespeare’s Love's Labour’s Lost. But what sort of gingerbread the bard’s country bumpkin would have spent his penny on depends on where he was. Towns (Market Drayton, Ashbourne, Grasmere, Brighton) and regions (Kent, Hertford, Middlesex) all had their own gingerbread recipes.

Mrs Beeton gives four recipes for gingerbread, and there are versions that are more cake-like.

Today when we think of gingerbread we imagine a hard ginger biscuit that is often human shaped. This comes from the publication of The Gingerbread Man in St Nicholas children’s magazine in 1875.

Legend has it (ie it’s probably not true) that the recipe for this town’s bread came from a former French prisoner who settled in the town after the Napoleonic wars. There are a handful of shops and cafes that sell it in Ashbourne today – check out the recipe on derbyshiredesserts.com.

Hard and biscuit-like Ormskirk gingerbread was made and sold by one Sally Woods, a widow with 13 children to feed. She was one of the ‘ladies with a basket’ who could be found selling in the town on market days. She also sold them to travellers on the trains that passed through the town. And it seems even Edward VIII was a fan. There’s a recipe here and more on Sally here, and you can buy some at D C Scott & Sons butchers in the town.

Another town, another tale of grinding Northern poverty. Our heroine this time is Sarah Nelson, who enters service and marries a local farm labourer. Times were hard, and Sarah did what any skilled woman of the time did: she started to bake and sell. The Lake District was the first tourist region for Victorians, and they came in their thousands. The recipe passed through various hands, but you can still buy it today. There’s an in-depth history with pictures on www.grasmeregingerbread.co.uk. Grasmere gingerbread looks like a biscuit and is crunchy and chewy.

What makes the traditional Market Drayton gingerbread special is that it includes a good splash of rum. Furthermore, the resulting mix was baked into long finger-shaped biscuits so the end can be repeatedly dipped into a glass of port; a similar technique is used with Italian biscotti and dessert wine. You can still buy it in the town, or via mail order from Billingtons. There’s a long history of it here.

More of a cake this one, up to an inch in height, and flavoured with treacle and nutmeg as well as ginger. In that regard it’s more akin to parkin, though confusingly there’s a Lancashire parkin recipe as well. Have a look at this nice photo and recipe over at Tess Baxter’s site.

Another block-style gingerbread, though more of a loaf than a cake or biscuit according to Botham’s bakery in Whitby. They recommend eating it with a slice of cheese, while food blogger Bill Pearson suggests toasting and topping with lemon curd.

Fochabers gingerbread differs from most in that it contains dried fruit and candid peel. It also features treacle, cloves, mixed spice and cinnamon. In fact this recipe over at The British Food Trust doesn’t even feature ginger! However Nell Heaton's version in 'Traditional Recipes of the British Isles' does.

The Medicinal Magic of Ginger