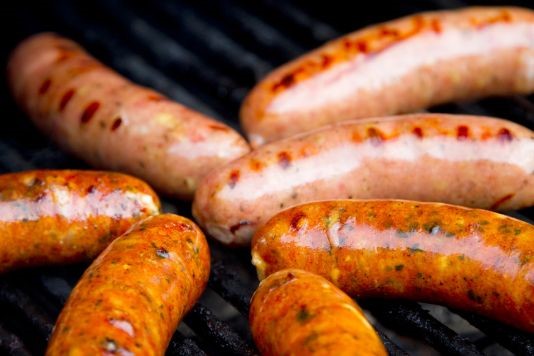 Nick Baines takes a look at barbecues, from the cheap and cheerful to the bank-shatteringly expensive.

Barbecues require investment of both time and money; exactly how much is the question you have to ask yourself. Take a moment to consider this before going out into the sunshine. Of course, if the British weather takes a turn for the worse, there are always some indoor barbecue variations you can try. 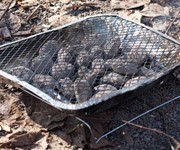 The disposable barbecue says "I forgot". You probably put your efforts into making sure there was plenty to drink and, let's face it, the means of cooking was an afterthought. Disposables can prove quite handy, but you need to know their limitations. The average cooking time is around 30 minutes, after that the heat rapidly diminishes. You’ll want food that cooks fast: think skirt steak, sausages, lamb chops and the obligatory burger. I have a vegetarian friend who makes charred and smokey cheese toasties on these. You can pick disposable barbecues up just about anywhere from around £3; they litter the entrance to most petrol stations and supermarkets as soon as the sun comes out. 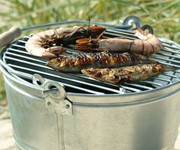 Omitting the wasteful element of the disposable, a portable barbecue is a healthy step forward. You’re still free to have the impromptu barbecue at the beach or park, but you have the advantage of topping up the fuel, giving you a longer cooking time. If there’s more than two of you, you’re going to need it, as one downside is the relatively small grilling area. Never mind, just have another cold one. Notonthehighstreet.com do a nice one for £24. 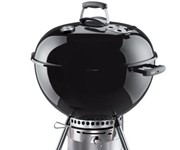 A mainstay of the garden, the Weber kettle is an iconic barbecue, a timeless classic. Every piece of metal used in this barbecue is rust-resistant and all the plastic is reinforced and weather resistant. What it won't resist is great slabs of meat, as with the deep bowl you are able to cook low and slow. Be sure to include some pre-soaked wood chips in there for that added depth of flavour only wood smoke can bring, but keep the lid on! Your meat doesn’t need prodding and turning every other minute, just keep it covered and let the smoke do what it does best. You can get hold of the classic Weber kettle from around £100; try Bedfordshire Barbecue Centre. 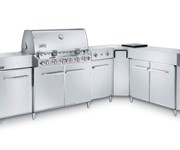 Of course if money is no object and you’re not one to let the slightest bit of rain, wind or snow get in your way, then the investment of over £4,500 for this outdoor kitchen could be for you. There are cupboards for absolutely everything, an integrated ice box, two gas side rings and enough work space to butcher a pig. A smoke box enables you to impart the beautiful flavours of wood smoke and the output of the gas-powered barbecue comes in at 27,000 BTUs; roughly the equivalent of 27,000 burning matches. If you’re a banker stuck wondering what to spend part of that bonus on, or have a fetish for barbecue that borders on the unsavoury, then you can find Weber’s Summit Grill Centre at Gardens4Less.

If you're serious about barbecue, you’re going to insist on the ability to hot smoke your meats, which The Big Green Egg does admirably. Through its ceramic shell design it can go to temperatures as low as 80°C and as high as 400°C. This higher temperature means the egg can even be used as a pizza oven. “It’s the Formula One of barbecues,” says Alan Murchison of the Michelin-starred L’Ortolan in Reading. Not only does this barbecue do the rounds of professional barbecue circuits over in the States, but the UK’s own Heston Blumenthal and Claude Bosi are also big advocates of the Egg. A Medium Egg – 46cm diameter – will set you back £599 and can be bought direct.

What barbecue do you use? Got any top tips you'd like to share? Talk to us in the Comments below.

Now you've got your kit, here are our best barbecue recipes

How to make the best burgers