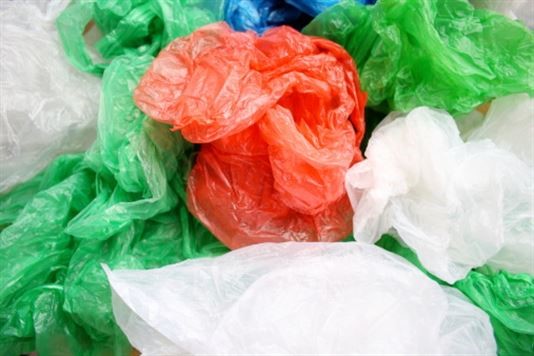 Now that Scotland has bitten the bullet, England remains the only home nation not to charge for supermarket shopping bags across the board. Isn't it time for change?

The odd one out

From October 2014, Scottish shoppers will have to pay a minimum of 5p for carrier bags in what Scottish Environment Secretary Richard Lochhead described as an effort to "encourage us all to stop and think about what we discard and what can be re-used”. The move was provoked by the fact that, to date, Scotland uses some 750 million carrier bags a year – the highest number in the UK. The charge is not a tax. Instead, the retailers will donate the proceeds – an estimated £5 million a year – to charity.

Wales adopted similar measures back in 2011 (previously 350 million carrier bags were taken home from the supermarkets), and Northern Ireland (which used 250 million carrier bags a year) succumbed in April this year. Despite the mounting pressure, England has made no indication it will follow suit, apparently amid concerns about the current pressures on household budgets.

But Yvonne McDonald, a spokesperson for Defra, hinted that Scotland’s recent decision could help inform new policy in England: "We are determined to tackle the blight caused by plastic bags and will look with interest at the Scottish Government’s proposals. We will also consider the results of the Welsh scheme so that we can make a fully informed decision in the future.”

English retail chains can charge for carrier bags without the government’s permission, and M&S has made a success of it since introducing their 5p fee for food hall carrier bags in May 2008. All profits go to charity, with the first three years’ worth benefiting Groundwork, who refurbished 100 green living spaces across the UK with the money. Now proceeds go to Forever Fish, an M&S campaign that works with groups such as the Marine Conservation Society on sustainable fish projects and clean beach schemes. In total, M&S has donated £7.7million to charitable causes, purely from the sale of 5p bags.

Daniel Himsworth, spokesperson for M&S, said that the intention was always an environmental one: “M&S wants to do all it can to reduce the impact consumerism has on the environment. The decision to charge for carrier bags was just one of many ways to involve the customer in our five-year ‘eco’ plan. And the effects have been huge – cumulatively we’ve used two billion fewer carrier bags since 2008 as a result of the 5p charge.”

Aldi also charges for carrier bags, claiming on its website that ‘we don’t hide the cost of bags in our prices like other stores do’ and that the charge is there to ‘save the planet’ by encouraging customers to re-use their own bags. But despite mounting opposition from environmental campaigners, the major supermarkets – including Asda, Waitrose, Tesco, Morrisons and Sainsbury’s – still offer endless free plastic carrier bags, only charging for their larger ‘bags for life’.

The terrible effects of plastic

Plastic carrier bags, which were introduced by supermarkets in 1977 as an alternative to paper bags, carry some seriously damning statistics with them. According to plasticpledge.org, you need 11 barrels of crude oil to produce 1 ton of plastic bags; only 1% are recycled; it can take up to 1,000 years for a plastic bag to biodegrade; and they often wash into the sea – 6-10 million tons of plastic ends up in our oceans each year. Those bags that aren’t swallowed whole by whales or other marine creatures will eventually turn into toxic micro plastics, and end up in the food chain because lanternfish mistake them for plankton.

What's more, 44% of all seabirds eat plastic by mistake, and over 100,000 albatross chicks die each year with a stomach full of plastic – photographer Chris Jordan has captured the desperate extent of the problem with these harrowing photos, taken on Midway Atoll.

Even swapping back to paper bags, although helpful, isn’t a sustainable solution – only 20% would get recycled, and the manufacturing process produces over 50 times more water pollution than plastic.

Do you use your bag for life?

The current answer to the plastic pandemic is reusable bags; those hessian or cloth jute bags sold at the end of every checkout in every supermarket. I have four at home, all bought with the best intentions – but I’m ashamed to admit that I still bring my shopping home in plastic bags most days. Why? Because I forget to take my jute bag with me, subconsciously safe in the knowledge that there will be no consequence if it gets left behind – I’ll just use the free plastic bags instead. And so there is a huge collection of plastic bags in my kitchen at home which I daren’t chuck away, nor can I recycle due to my building manager’s stubborn refusal to allow recycling facilities on site.

Of course, half the problem is forgetful people like me, with stacks of un-used bags for life at home. But if the free plastic bags suddenly disappeared, wouldn’t we all make more of an effort to remember our jute bags, given that the alternative would be to carry everything home in our arms? Perhaps consumers just aren’t aware of how serious the side effects of plastic bags are – I wasn’t, but researching the issue for this feature has put me off them for life, and I won’t be forgetting my Waitrose hessian bag ever again.

The English situation is made all the more embarrassing by what other countries are doing to tackle the problem. Italy outlawed the single-use of non-biodegradable plastic bags in 2011; Syria distributes fabric and paper bags to markets across the country; Istanbul banned plastic bags in 2010; Bangladesh has been plastic bag-free since 2002, after it was found partly responsible for the escalation of floods in 1998; and a group of inspiring American eco warriors, Green Sangha, did their bit in 2010 with this fantastic ‘plastic state of mind’ music video…

Do you make an effort to avoid plastic bags? And do you think England should follow Scotland’s example? Talk to us in the Comments box below.

The man who made hospital food sustainable

Meet the brains behind Britain's most sustainable chutney