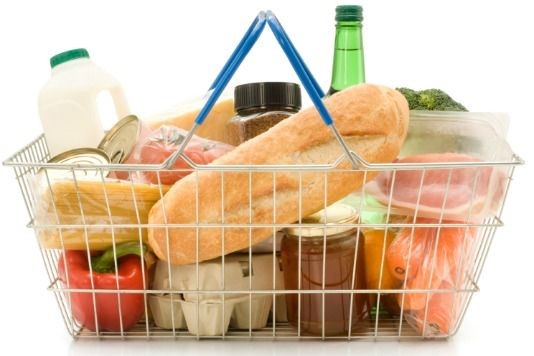 An academic from the University of Houston has published research claiming that food marketers are taking advantage of their audience.

Research undertaken by Temple Northup, an assistant professor at the University of Houston, has shown that when foods are marketed with buzzwords like ‘wholegrain’ or ‘organic’, people tend to think they’re healthier. But that's not always true.

In his report, titled Truth, Lies and Packaging: How Food Marketing Creates a False Sense of Health, Prof Northup reveals the “deceptive” use of these words on labels by food marketers, which is leading people trying to maintain a healthy diet astray.

Though his research is a reaction to the “serious problem” faced by the United States in terms of its obesity rate, which is at an all-time high, here in the UK we are actually confronted by a similar problem.

The NHS estimates that one in four adults and one in five children (aged 10 or 11) are obese in the UK. So the issues highlighted by the study are just as relevant here as they are in the US.

Prof Northup argues that the inclusion of certain buzzwords is exploiting the public desire for healthy foods by “presenting foods as being healthier than they actually are”. For example, products packaged with words like ‘organic’ or ‘wholegrain’ on the front, and some foods that claim to offer a 'serving of vegetables', are not necessarily healthy.

People who want to lead a healthy lifestyle are being ‘tricked’ by such products. The psychological explanation for this is certain words can become linked in the semantic memory – Prof Northup gives the example of ‘doctor’ and ‘nurse’ being more closely linked than ‘doctor’ and ‘elephant’. When two words are related to each other like this in the semantic memory, a stimulus recalling one subject can trigger a recall of the second.

“Food corporations,” he suggests, “have successfully linked words like ‘organic’ and ‘healthy’”. So when marketers include certain words on labels, they are encouraging us to think ‘healthy’.

To test his theory, Prof Northup presented participants with pictures of a random range of products. Some of them had advertising buzzwords on them, while others had them wiped out. People had to rate the products in terms of their apparent 'healthiness' on a scale of 1 to 100. Buzzwords included ‘organic’, ‘whole grain’, ‘heart healthy’, ‘all natural’ and ‘antioxidant’.

Secondly, participants were presented with a separate series of paired ‘nutrition facts’ labels (the type you would find on the back of many foods). One of these labels was from a healthy product, one from an unhealthy product. People were instructed to choose the option they thought the healthiest based on the information provided. The product name was not provided for this part of the test.

Every single product that was labelled with a buzzword was rated significantly healthier than products which had the word removed, which supports Prof Northup’s argument that there is an “implicit link” between those trigger words and the perception of a product’s health benefits.

Participants largely struggled to identify the healthier option from the unhealthy option, which points to a “general ignorance” regarding nutrition.

Do you know what? He’s right

Just to prove that this isn’t a US-only phenomenon, here are a few examples of products that are available within the UK.

You’ll find 13g of sugar and 3.2g of fat per 30g serving in Nestlé’s Wholegrain Clusters (435g). It also contains 5% of the recommended daily allowance (RDA) of salt. Despite this, the company refers to “giving your family the goodness of the grain” on the packet.

With gluten-free diets becoming more popular among people who don't need to avoid gluten for medical reasons, it’s interesting to note that the gluten-free loaf costs £2.48 while the regular loaf is just 80p. But it’s not really better for you.

Meanwhile, Innocent’s Antioxidant Super Smoothie contains 12g of sugar per 100ml. That’s more than Coca-Cola, which contains 10.6g per 100ml. Those antioxidants might be doing you some good, but the fact that you’re downing more sugar than you would in a drink notorious for its high sugar content is pretty worrying.

This is exactly what Prof Northup is talking about. Seeing a phrase such as ‘all natural’ is a trigger – people relate it to healthy choices, and will think they’re making a sensible decision. But they might not really be making a good choice at all.

Should food marketers be allowed to sell unhealthy products with ‘trigger’ words on the packet? Do we need more education on good nutrition, and how to chose food? Let us know what you think in the Comments below.

Everything you need to know about organic food

Should we have shocking warning images on fatty foods?