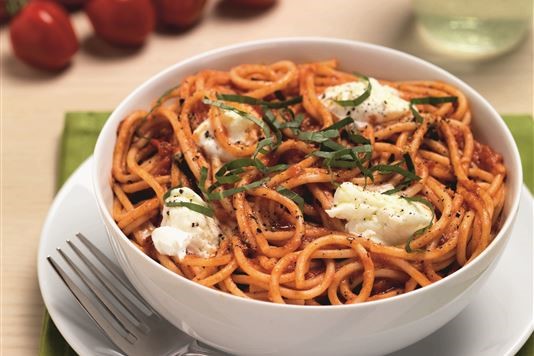 How can you define the 'real thing' when it comes to food? And does it matter? Matt Brady offers some food for thought.

Food ‘authenticity’ is an intangible power that is often held in high regard. When we go out for a meal, or prepare one at home, it seems that many people are seeking an experience that’s as close to the 'real thing' as possible.

But how exactly do you decide what foods are truly authentic?

If, for instance, I wanted to eat Italian food, I should probably head to Italy. Now, while I’d love to fly there and enjoy fresh plates of pasta in some idyllic olive grove, there are obvious practical reasons as to why I can’t do that whenever the mood takes me.

Trite romantic settings like that aren’t really like the experience I'd necessarily have in Italy anyway, but an idealised ‘authenticity’ – a hyperreal perception disseminated through movies and Dolmio adverts. And if I went along to an Italian restaurant based in the UK, where all the staff are Italian and are passionate about the food they served, couldn't I still be having an ‘authentic’ meal?

Well, the experience offered to me in that restaurant would be stitched together from the owners’ idealised memories of their hometowns and lives before coming to the UK. And if they’re of Italian descent rather than originating from there, then there’s another step in the break between reality and idealism.

They may be following Nonna’s recipes, but this too is an emulation; the food will change and evolve over the years, through necessity, chance, and skill, just as it did before it reached their grandmother’s loving hands. Besides that, naming all cooking throughout a country as a singular ‘Italian’ style is clearly oversimplifying the cuisine.

There are many foods created and discovered as the result of British Imperialism. Kedgeree was brought to the UK during the colonial rule of India, while chicken tikka masala is the subject of various claims to creation. While inspired by curry dishes of the East, it seems that the tikka we know today was really created in the UK, though no one is quite sure.

While that might make it less ‘authentic’ from the point of view that it’s not truly ‘Indian’. Is it pure snobbishness to say that it is inherently less good than more traditional recipes?

Not all recipes are as good as each other, but varying degrees of quality is not a competitive struggle for authenticity. I might find that the addition of certain spices to a well-known recipe enhances the flavour. If the recipe tastes better but is less ‘authentic’ as a result, do we really mind?

Ironically, a producer known as The Authentic Food Company specialises in producing frozen meals for the catering trade. Which probably doesn’t immediately register as ‘authentic’ in the most minds.

But the company began following the culinary efforts of Kamal Basran, whose immediate concerns were to feed her growing family. At what point would one stop considering the company's food ‘authentic’?

The word has lost all meaning, but that’s a good thing. We should focus on eating food that’s just plain delicious (with a caveat of reasonable healthiness) rather than drive ourselves mad searching for the ‘real’ thing.