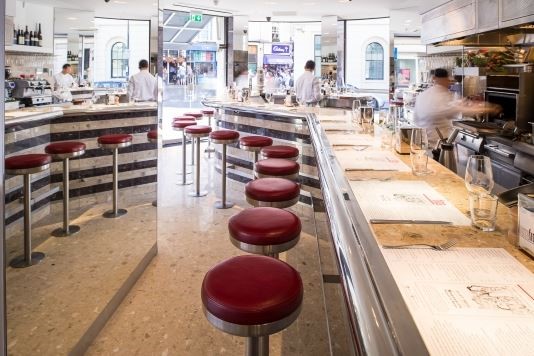 Despite opening relatively recently, this tapas restaurant has already been named the best in the nation.

Barrafina Adelaide Street, located just a street away from the Strand in Central London, has been named the National Restaurant of the Year 2015 by Restaurant Magazine.

Owners Sam and Eddie Hart opened up for business on Adelaide Street in July 2014, following the success of their first tapas bar on Frith Street in Soho.

While the pair are therefore not complete strangers to the London restaurant scene, it’s still a fantastic achievement for an establishment that will only celebrate its first birthday next week.

They plan to open a third Barrafina on Drury Lane in the near future.

National Restaurant of the Year

Barrafina has received rave reviews in the press and holds very impressive ratings on review sites like TripAdvisor and Zomato.

Diners can expect delicacies such as Jamón Iberico and queen scallop ceviche, along with more unusual dishes such as milk-fed lamb’s brain, pig’s ears and ox tongue.

Restaurant magazine editor Stefan Chomka said it was a “sign of the times that a restaurant that doesn’t take reservations can top the list of the best in the country”, describing Barrafina as a “buzzy modern Spanish tapas bar.”

Last year’s winner, Gymkhana, moved down to the fourth spot in the awards.

Top 10 restaurants in the UK

What's your favourite UK restaurant? Let us know in the Comments below.