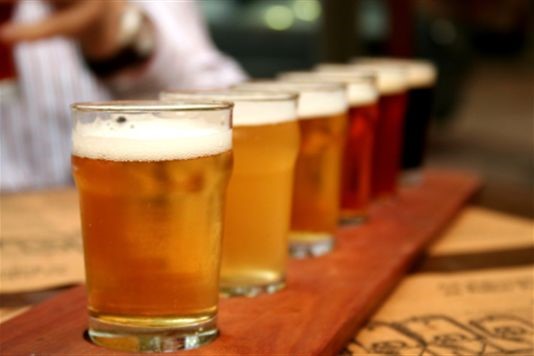 Whether it’s good old-fashioned steak and ale pie, or something a bit more interesting like beery cinnamon buns, you can use the flavours in beer to great effect in cooking. But just like anything else, beer can have its plus and minus points in terms of flavour imparted to a dish. So here are some of my top tips for using beer in the pot to its utmost.

No, that title isn’t about my feelings on beer. It’s designed as a warning to you, about what type of beer to use in cooking.

Just as you wouldn’t put a full-bodied Merlot into a delicate seafood dish, so you probably wouldn't use a porter or a stout when cooking scallops, because it’s about balance and making sure the dish works in harmony.

You need to know your beer first, so taste it, savour it, imagine it in culinary terms. Don’t think ‘Hmm, that’s hoppy and malty’, think ‘Oh, that’s lime and grapefruit with a bit of digestive biscuit’. Once you start training your brain that way, your use of beer will become savvier.

Not just when you’re drinking either! It matters because, actually, the beer shouldn’t be the star of the dish. When cooking with wine you don’t think, ‘How do I get this Cabernet to shine in my cooking,’ do you? No, it’s more: ‘Ahh, that’ll make this chicken taste great!’ and, lo, you have coq au vin. 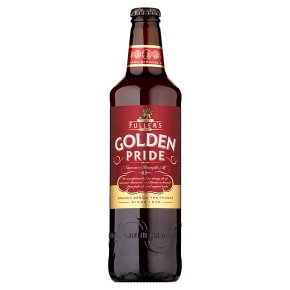 Whereas when you’re cooking with the leaner cuts of pork such as loin, I find German-style cloudy wheat beers (known as ‘hefe-weisse’) can really put some depth and a slight herbal, liquorice note into the meat, drawing out the sweetness. Whereas more robust cuts like the knuckle or shoulder can withstand some deeper flavours like dark lagers and ‘dunkel weisse’ (dark wheat beers).

When you are doing beef or game braises, deeper, richer flavours come into play – although I increasingly find that a mixture of barley wine (the classic example being Fuller’s Golden Pride) and milk stout (Mackeson’s or Bristol Beer Factory are my two of choice) is great.

Beer sold in clear glass bottles is generally to be avoided. Most beers that come like this use something called ‘tetrahop’. This is a hop extract that’s designed to provide bitterness and protection from light. Without getting into the whys and wherefores of this too much, it basically creates an off-aroma that is very unpleasant indeed – you can read more about it here.

I’ve found that if you use this kind of beer and reduce it by even a third, the bitterness comes through heavily and can spoil a dish’s liquid in the same way that having even a tiny burnt bit on the bottom of a pan can when making gravy.

Use highly-hopped beers judiciously and at low temperatures, and you’ll get some fantastic results with those luscious hop flavours infusing slowly into the meat. I’ve found that English IPAs like St Austell Proper Job provide an almost fresh, grassy edge to the meat, along with a savoury biscuit note. Plus big booming US hops can offer a citrus twang that’s great with North African flavours such as ras-el-hanout and tangy sumac.

I also highly recommend beers with New Zealand hops to gently cook shellfish, the most visible these days being Thornbridge Kipling. The Nelson Sauvin hops it contains share common chemical compounds with Sauvignon Blanc grapes, allowing you to bring forward those lovely gooseberry, passion fruit and lychee notes to weave in and out of the sweetness of scallops or a fresh prawn.

Beer can also lend its charms to sauces. I’ve used a teeny splash of a strong Belgian tripels in béarnaise for steaks, its honeyed tones and deep herbal notes really propping up the tarragon and slightly reducing, but not lessening, the richness of the sauce.

Imperial stouts are utter heaven in ganache or chocolate sauces – just add them to the cream and then reduce over a very gentle heat for a bit. The intense alcohol and coffee notes generally found in these styles serves to magnify the chocolate, and the fact that these are generally redolent with alcohol just ramps it all up.

But my personal favourite is framboise lambic for oysters. For starters it makes them slightly fizzy – which my inner three-year-old finds delightful – but it also brings a sourness to the proceedings, which then ticks the final box on the taste buds to make it the most delicious amuse bouche in the world.

Trust me, once you have one (or six) of these, your palate will be sitting up and singing for its supper.

Mussels with beer and coriander