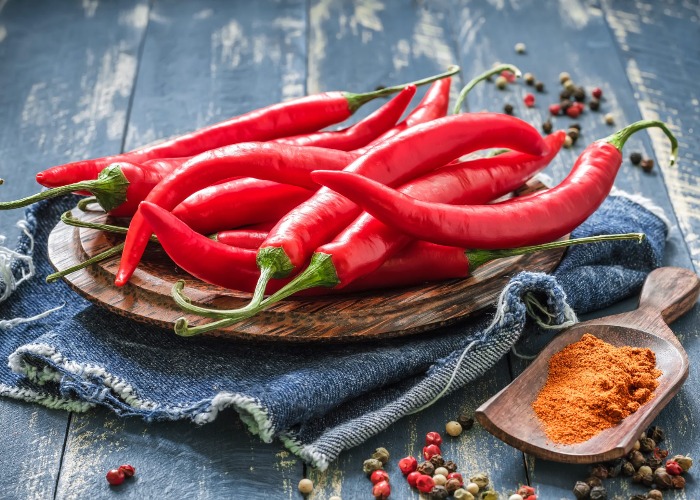 Love them or loathe them, chillies can certainly spice up your dishes. But where did they come from? What varieties are there? And why on earth do we use them? As we reveal all, it's time to turn up the heat...

Whether you call them chillies, chiles, or peppers, you are referring to the fruit of a plant named capsicum, which is, in turn, part of the even larger Solanaceae family, also known as nightshades. Yes, that chilli you hold in your hand is a cousin to tomatoes, potatoes and aubergines.

The word ‘chīlli’ comes from the Nahuatl language, spoken by the Aztecs, which came into being thousands of years before the Spanish invasion of Mexico. Ten thousand years ago, chillies were being cultivated in the southern Mexican state of Oaxaca and not just one variety – archaeologists have uncovered evidence that at least 10 kinds were being cultivated, harvested and stored. 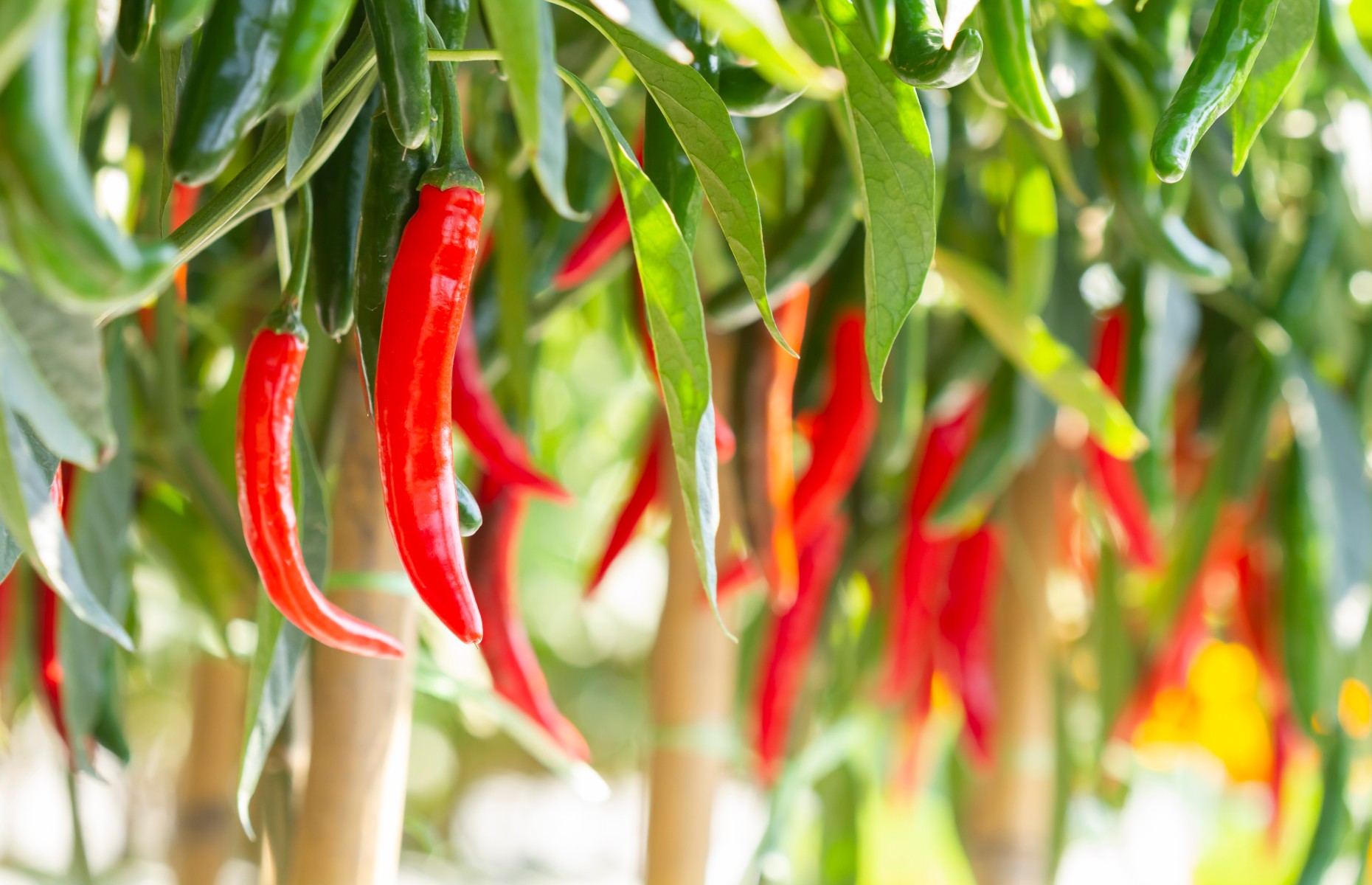 However, despite these facts, chillies are plants whose ancestral roots can be traced back to central Bolivia and not Mexico. It is believed that Prehistoric people carried the plant’s seeds and fruit through the Bolivian cloud forests and mountain foothills to what we now know as Peru, before arriving at Ecuador on the Pacific coast.

Natural spread via birds aided diversification too. Eventually, cultivation and domestication saw different capsicum species spread across great swathes of South America, Mesoamerica and the Caribbean before arriving in Mexico. They became a fundamental part of the country’s culinary culture.

Put simply, no. The chilli is a wonderfully multi-faceted ingredient and used in a cuisine that is itself nuanced and intensely regional. Chillies can be used in sweet or savoury recipes for food and drink to add drama, colour and texture. It can be added to fruit, flowers and chocolate to provide smoke and nuttiness, and even adds aromatic notes to oils, vinegar and pastes. A cook in Mexico will very carefully match their chilli to the dish being made or use several varieties at once. 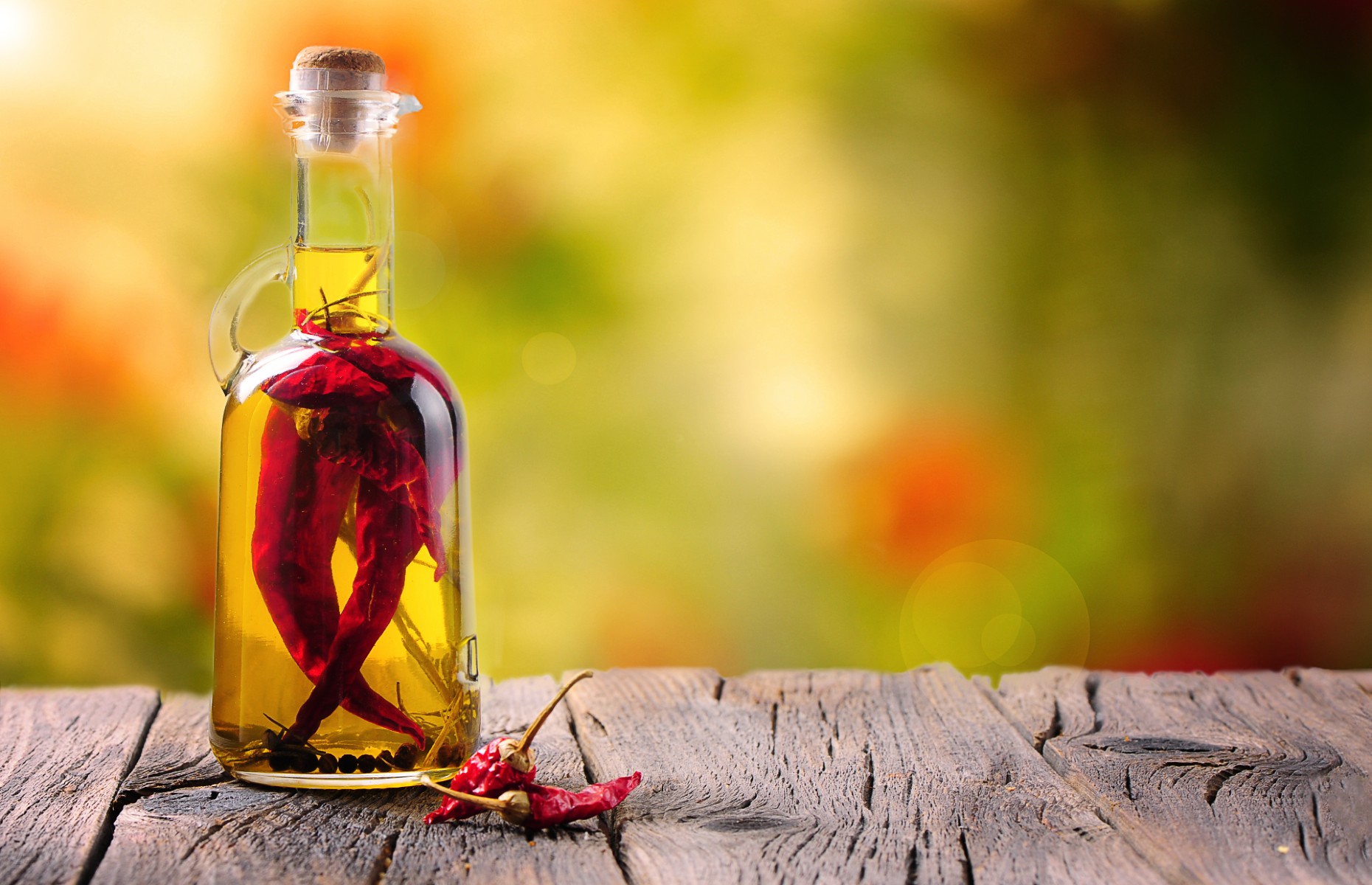 When you realise Mexican cooks get to choose from more than 150 varieties of chillies, and their names can change when they are dried or smoked, you might feel a little daunted. Also, chillies are regional. The chillies used in Oaxaca may be very different to those used in Sonora in the north of the country, but the way they are deployed is based on what the cook needs the chilli to do. 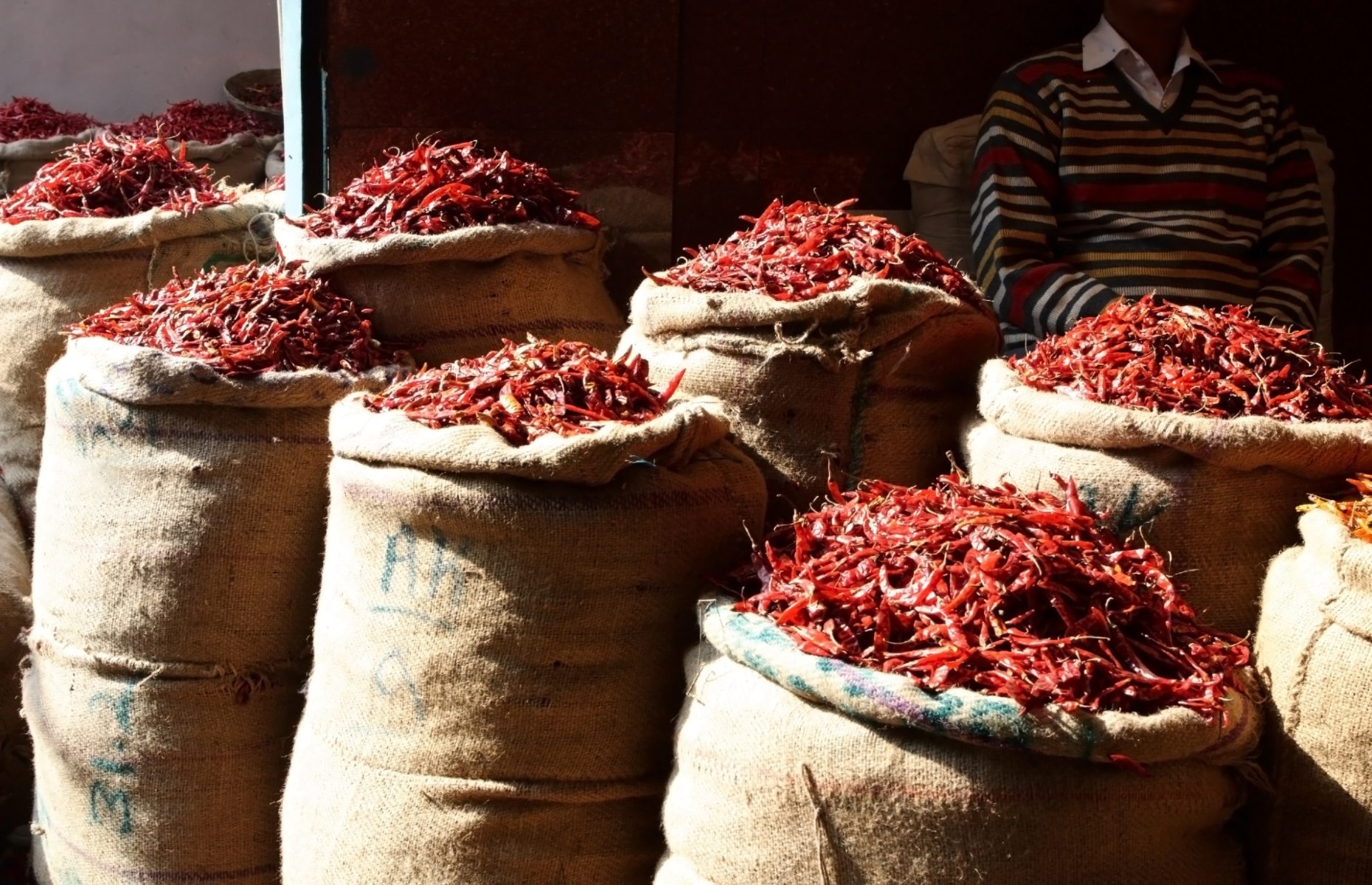 We have this image of Mexico as a hot and sunny country year-round, but in truth, many varieties of chillies are dried to keep kitchens going when it is too cold for fresh fruit. Think back, too, to the ancient people who travelled across South and Central America and learned that they were more transportable in this form.

How versatile are chillies?

They have infinite versatility! Choose from chillies that have been dried, fermented, pickled or smoked, ground into flakes, powder and paste, or fruits picked fresh from the plant.

They can be eaten raw or cooked; have their dried flesh briefly toasted before being soaked then pulverised into a mole; added to the pot for mere seconds (cooks in Yucatan will briefly drag a fresh chilli through the pan to gently infuse the contents with its aroma), or cooked down for hours until they become one with the sauce or stew. Bright rings of chillies garnish tacos and create a pungently fiery salsa to pour over a famous Guadalajaran sandwich called torta ahogada (pictured). 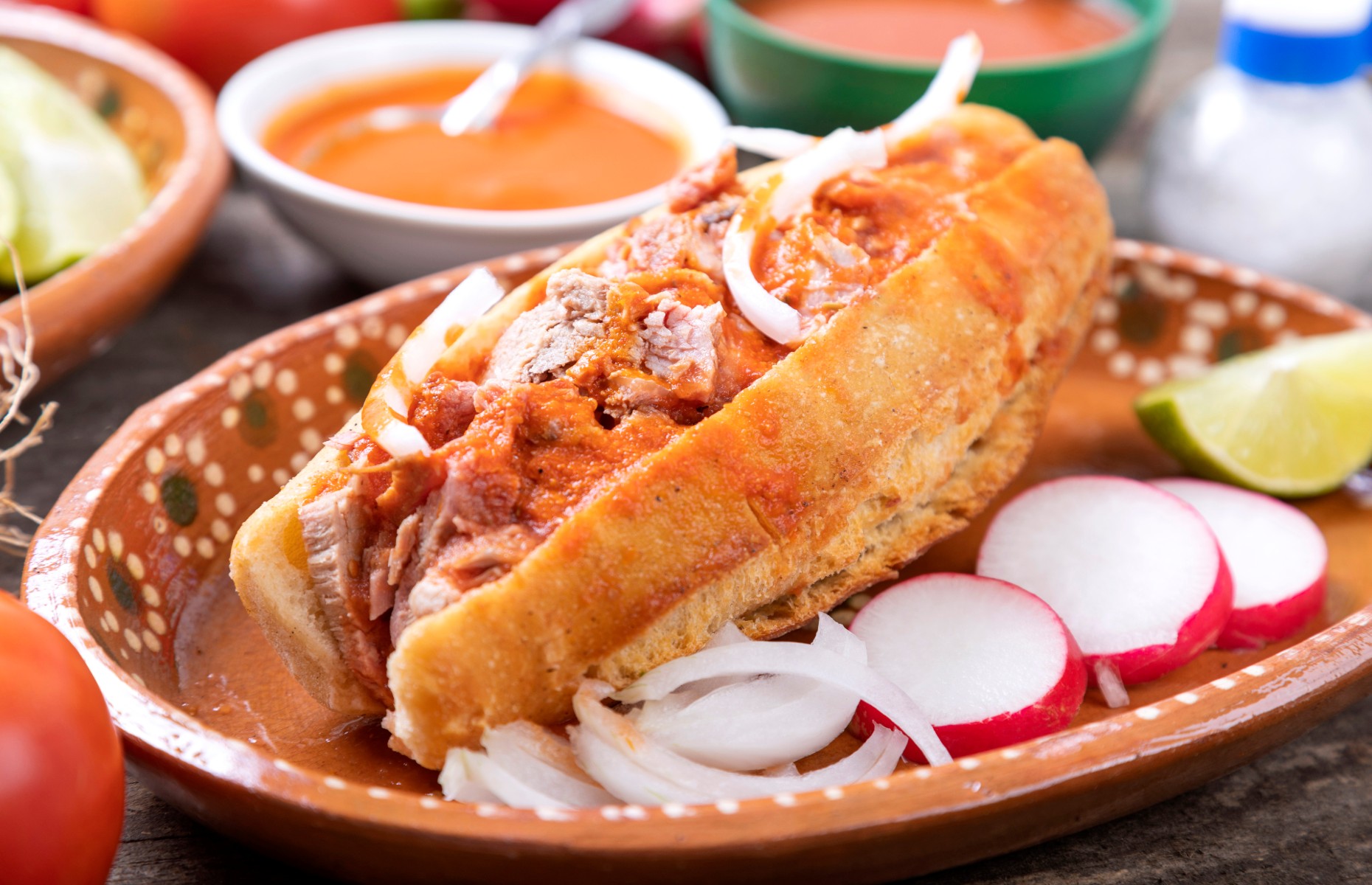 Try using dried whole ancho chillies in an ancho-rub pot chicken. Anchos are the dried form of the chilli poblano which takes its name from the city of Puebla where the people there have elevated cooking with this chilli to an art form.

Soaked and puréed, the sweet, fruity heat of an ancho contributes a deep rich red colour to moles and stews. This barbacoa recipe uses chipotles, the dried and smoked form of jalapeños, as does Gabriela Cámara's tostadas de atún.

This recipe for huevos rancheros, the famous Mexican breakfast, tells you to use bottled hot sauce. Usually eaten raw, the serrano is five times hotter than the jalapeño, so look for a sauce made with fresh serrano peppers to give your salsa the biting heat this breakfast is famous for. 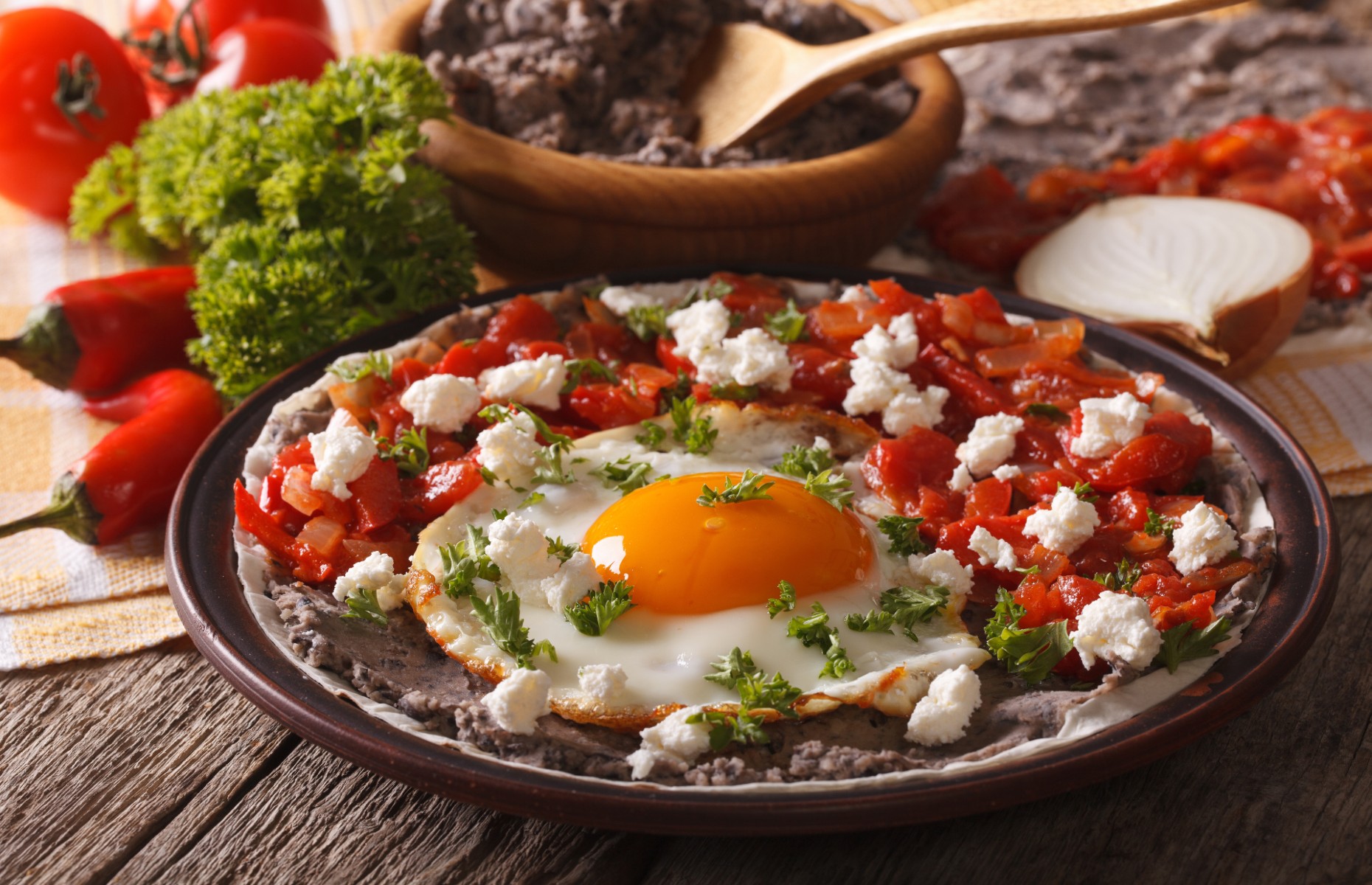 For a milder, vegan breakfast, you can use jalapeños to make this spicy plantain and tofu burrito, a filled flour tortilla you are more likely to meet in the northern part of the country and across the border in the USA.

READ MORE: Everything you need to know about cooking with chillies

Is it difficult to find fresh and dried Mexican chillies?

Some of the farms hold their own festivals or tasting days or are open to visitors, and it’s always worth contacting them to ask if they have small amounts of the lesser-found Mexican chillies for sale.

If you want to cook with dried chillies, you have a little more choice. Anchos (a dried, red poblano), the earthy, nutty cascabels, chipotles, mild guajillos (known as the mirasol when fresh) and pasillas (called the chilaca when fresh) chillies are usually available online or stocked in supermarkets and international food stores.

Some of our best chilli hunting grounds are regional food festivals where smaller growers sell their wares. Keep an eye out for bottled sauces, vinegar and oils made with named varieties rather than just labelled ‘chilli’, too.

Selecting quality chillies and how to store them

If you are buying fresh chillies, look for plump, firm fruits with no stem rot. Avoid any with soft spots, which is a sign they have been handled roughly. If you keep them loosely wrapped in a paper bag in the salad drawer of your fridge, they will usually keep well for at least a week.

Our advice is not to buy fresh chillies until you are ready to cook them – unless you intend to freeze them. To do this: slice or chop the peppers and store in freezer bags, very tight foil or clingfilm. They will keep well for around 8-10 months. 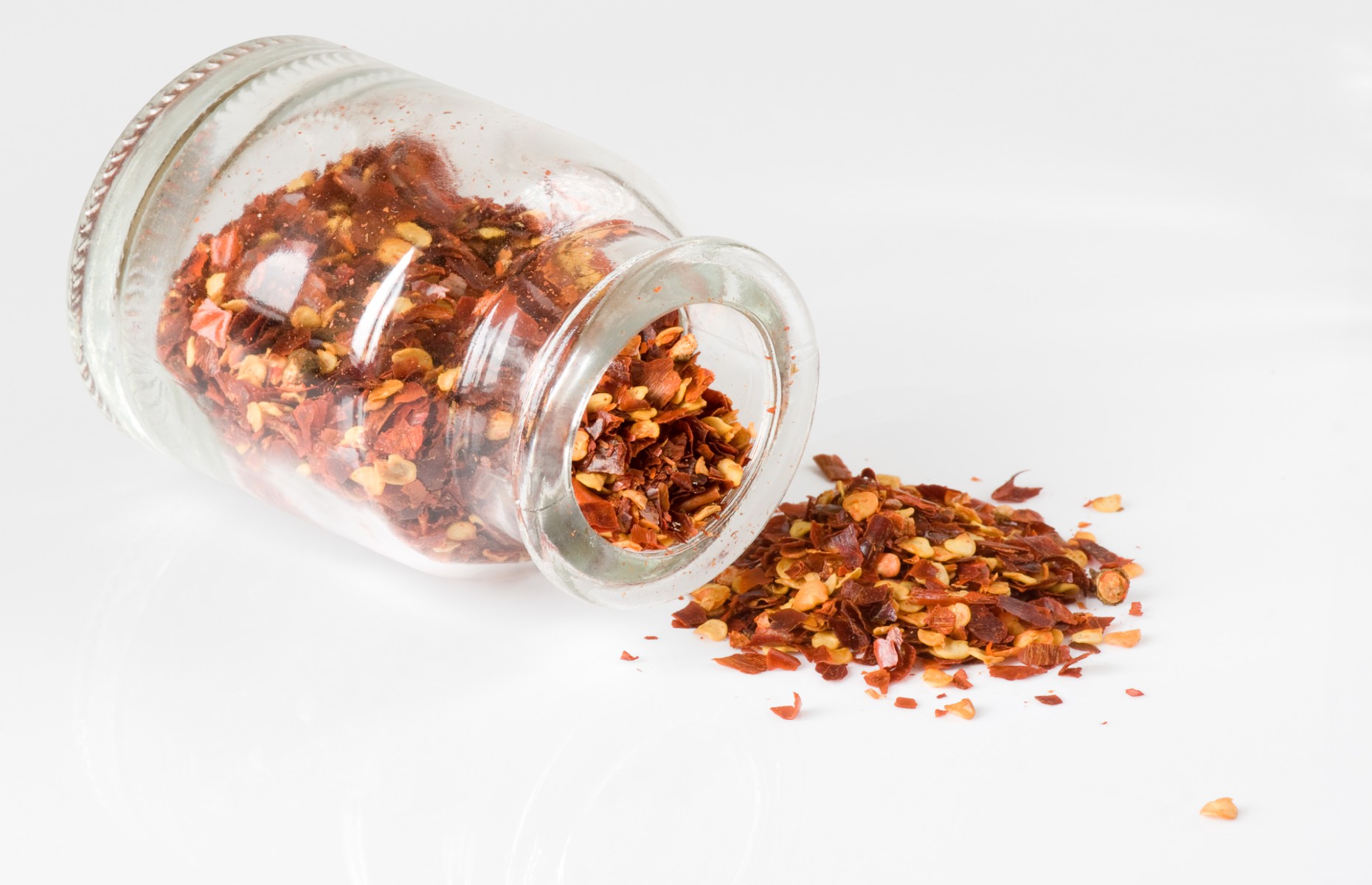 Powdered or flaked chilli needs to be kept in a cool, dark place inside an airtight container. It will keep for around a year. If you are buying whole dried chillies, buy them in small amounts and use them quickly. We wouldn't recommend keeping them for more than six months because they lose their potency and flavour.

The best whole dried chillies retain flexibility, so avoid those that snap when you bend them. Their skin will catch the light and glimmer, and they will smell of dried fruit.

READ MORE: Why shouldn't store these foods in your store cupboard