A complete guide to miso

Just a small amount of miso, an umami-rich Japanese paste, is all it takes to transform your cooking. We take an in-depth look into what exactly miso is and why it should be one of your store cupboard staples.

Miso is a paste made from fermented soya beans, rice and sometimes another grain such as barley. It is suitable for vegans and used for its strong flavouring in meat, fish, vegetable and sweet dishes. Miso is salty but it also has the delicious ‘fifth taste’ umami, thanks to one particular amino acid called glutamate.

Miso ferments thanks to koji, a rice mould that is used as a starter (like in sourdough) on steamed and mashed soya beans. Miso usually comes in a thick paste, sometimes uneven in texture, and can be thinned out with water, broth, oil or other ingredients to make dressings, glazes or sauces. 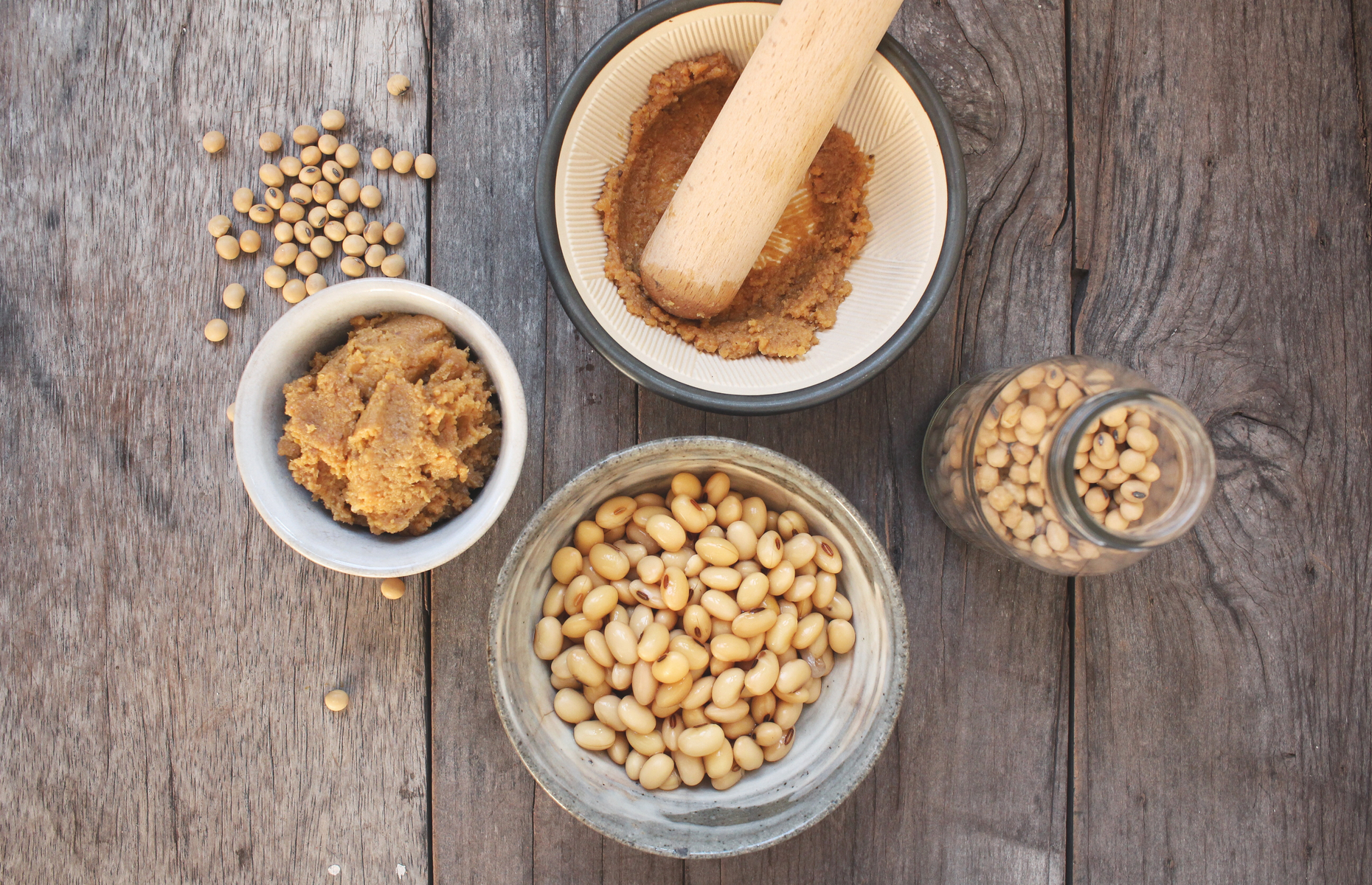 Where does miso come from?

Miso is a common ingredient in Japanese cooking that was introduced from China. According to The Oxford Companion to Food, the first Japanese written reference to miso dates from AD 701. While originally a prized ingredient only for the upper classes, its use had spread throughout the population by the mid-14th century.

Miso first appeared on British shelves during the 1960s and 1970s as part of the health food trend for macrobiotics, where eating fermented ingredients was hyped to improve gut health (and laid the foundation for modern probiotics such as kefir, kimchi and kombucha). Nowadays, some miso makers pasteurize their product but many do not. Pasteurized miso contains no live bacteria and so has no probiotic benefit. 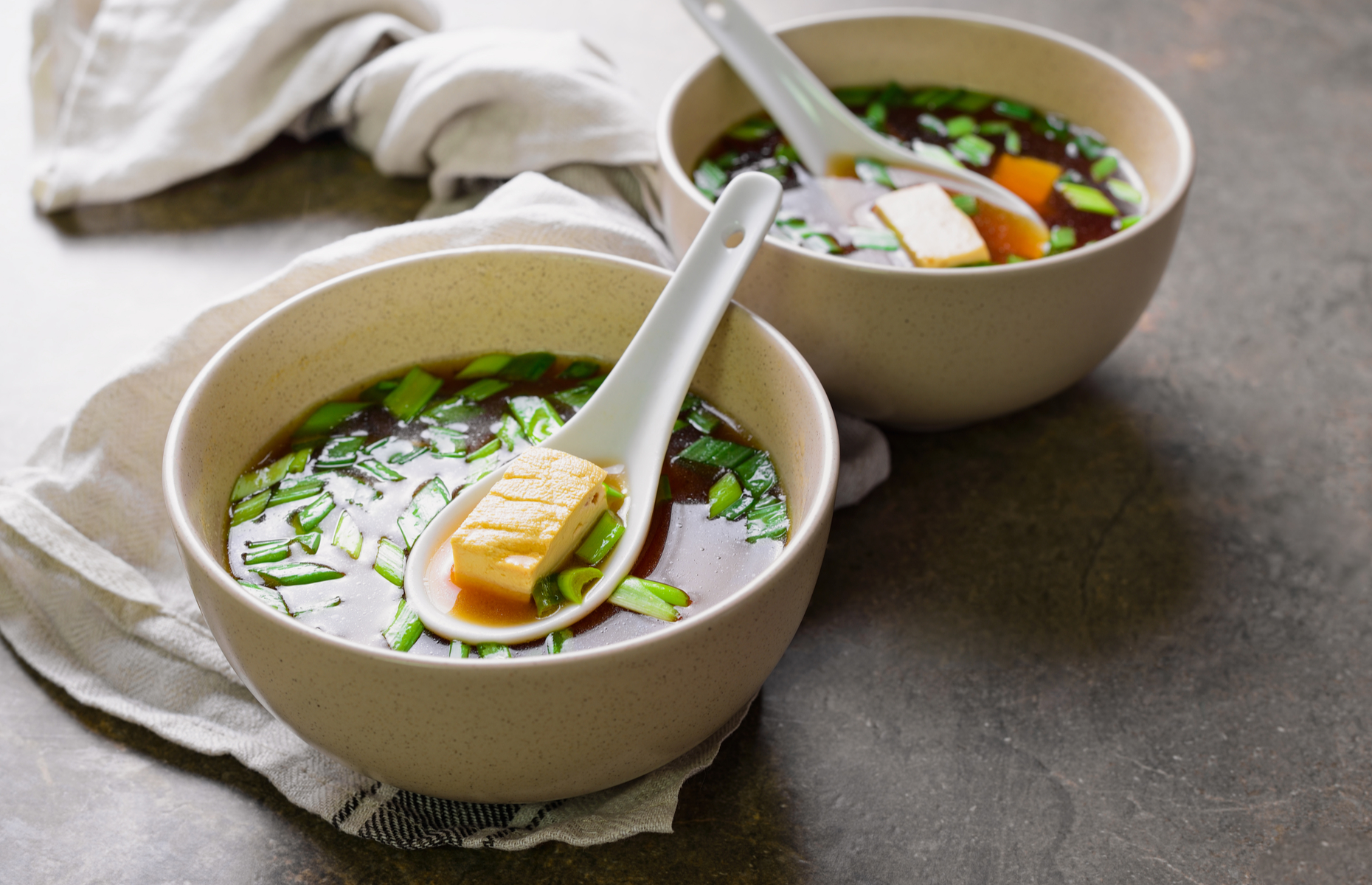 Using traditional methods, miso takes six months to a year to ferment but some miso makers use industrial processes to speed up fermentation (and make a cheaper product).

Bonnie Chung, the founder of British brand Miso Tasty, has overseen thousands of batches: “It's quite light, then it goes a caramel colour after about six months. As it heads towards 12 months it turns a burgundy red colour and the texture goes from smooth and sticky to chunky and, at the end, a broken-nutty texture. There aren’t many ingredients really – the trick is patience.”

What are the different types of miso?

There is miso paste and there is miso soup paste or powder. The two types of miso you most often find on British supermarket shelves are white and red. White miso is made from soy beans with rice. It’s relatively light, sweet and smooth, and will sometimes look yellow or cream-coloured rather than rice-white. It’s sometimes marketed under its Japanese name, shiro.

Red miso (sometimes also called aka) is also made from soya beans but has a deeper flavour than white miso. Sometimes it also has a rougher texture, but it’s easy to whisk this out in a sauce or in a little ladleful of broth before adding to a soup. 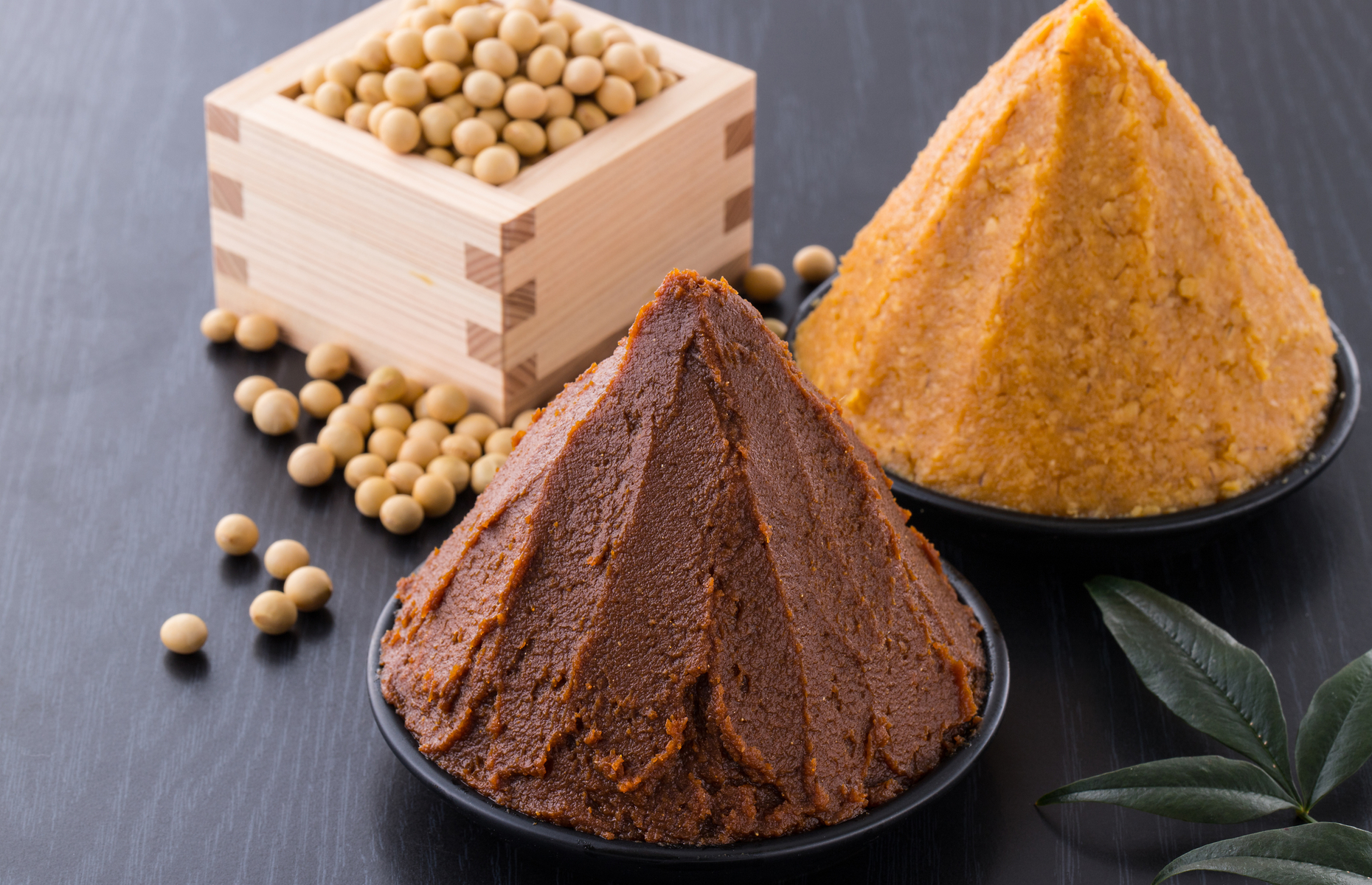 From time to time you can also find brown rice miso paste – this is brown miso and, like red miso, gives a deep savoury flavour.

It’s worth mentioning that some companies also sell freeze-dried miso soup powder. Surprisingly, it contains some of the same nutrients as fresh miso does and is convenient for soup on the go, but it won’t have the same rich flavour as miso paste.

Where can I buy miso?

You can buy miso from Chinese and Japanese food stores but you can also find it easily enough in British supermarkets and good online food shops like Sous Chef. Health stores such as Holland and Barrett and shops like Wholefoods and Planet Organic sometimes stock it too.

How do I store miso?

Keep the unopened jars in the cupboard, then move them into the fridge to improve their shelf life once opened. Shelf life varies from miso to miso but it’s generally quite long – you can often keep a jar that’s been opened for about three months.

What can I cook with miso?

Bonnie of Miso Tasty explains that miso is a great addition to meals when you’re short for time: “It adds a really deep flavour quickly and naturally.”

She advises that miso’s strong flavour means that you don’t need to add it straight away or use a lot. She also notes that to avoid burning the paste, it should be added at the end of cooking or afterwards, as a glaze or dressing, rather than adding it at the start. Bonnie says, “A lot of people find that it burns if they're roasting fish or something. It's the sugars in the rice catching.” 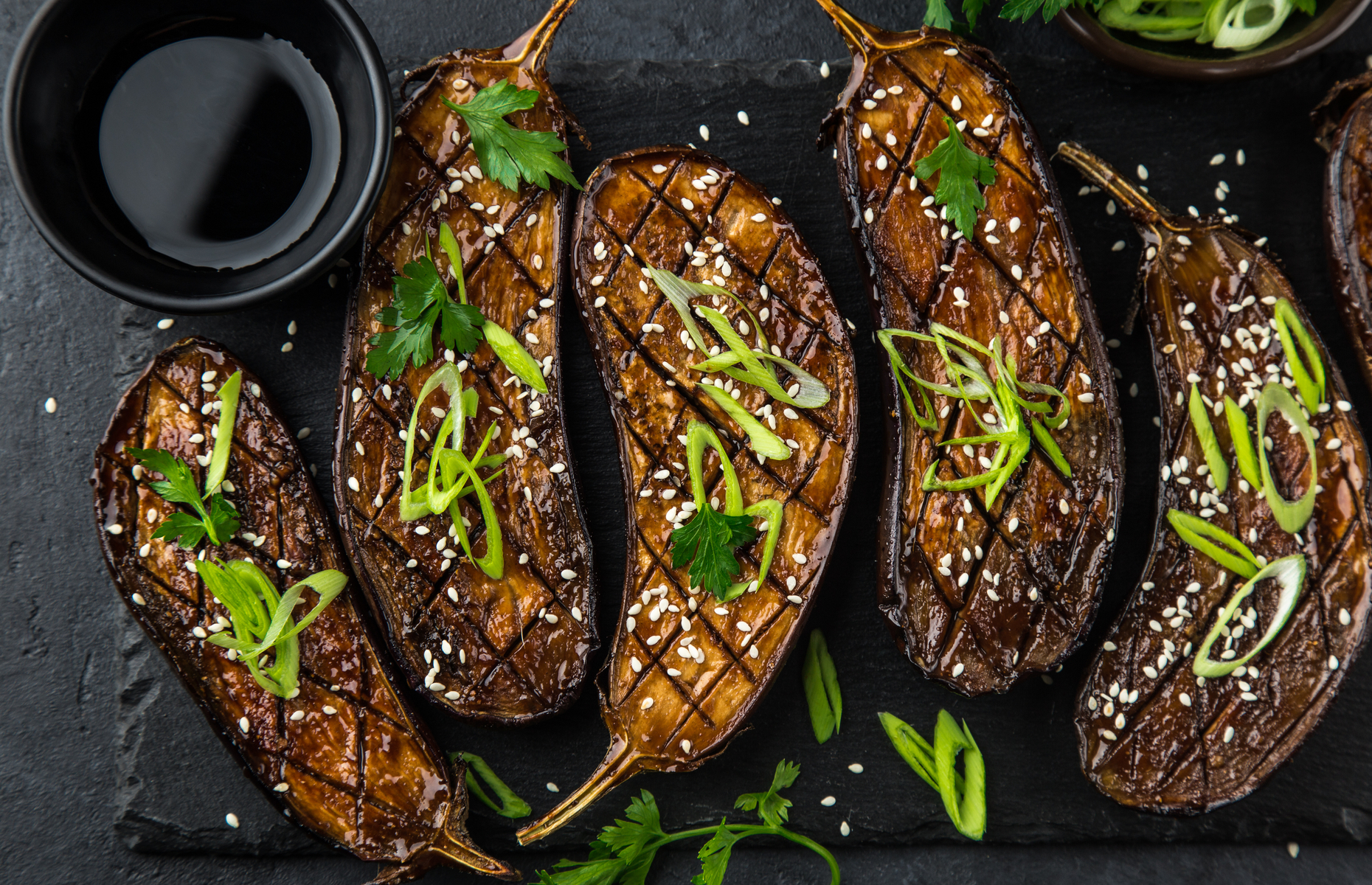 “When I do roast vegetables I tend to not put the miso paste in straight away, so everything's half cooked before I add it. A lot of people use it at the beginning but because miso’s flavour is so developed, you don't really need to give it that much time.”

These miso-roasted potato wedges are only in the oven for 20 minutes and in this red cabbage dish, the chef adds the miso in the last 15 minutes of the cooking time. 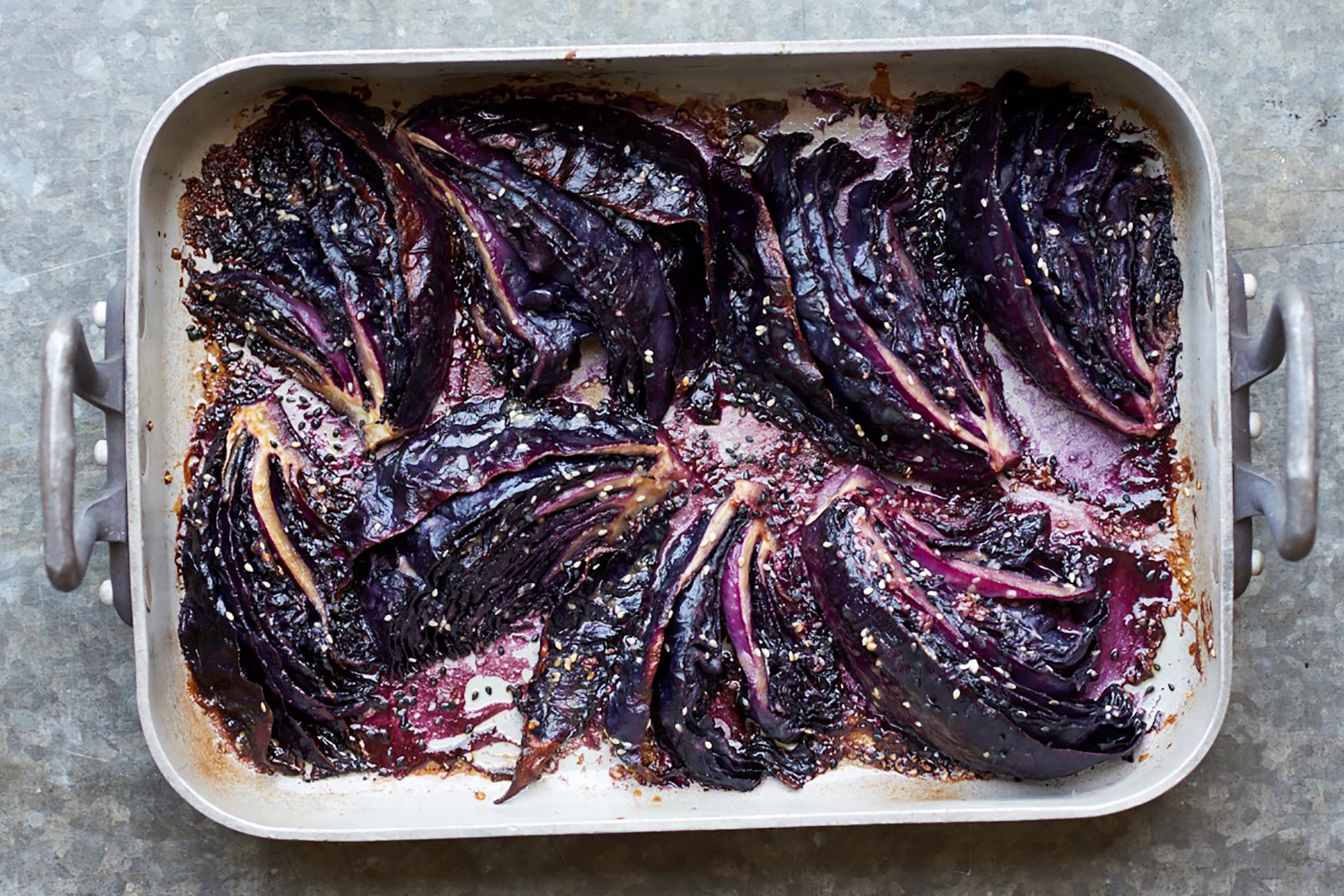 If you’re new to miso, try using it first in something simple like a dressing. Add a teaspoon of miso paste to rice vinegar, sesame oil, soy sauce and ginger, then drizzle over a crunchy salad with tofu, fish or chicken. You can also simply thin it down with water. If you’re feeling lazy, you can also blend miso with butter (which tastes great on grilled sweetcorn or steamed broccoli) or mayonnise (which brings revives leftover roast chicken sandwiches).

Miso soup is a good recipe to keep in mind for chilly days. Making it properly, you’ll need tofu, dashi or vegetarian stock and kombu (edible dried kelp available from Waitrose and specialist food shops). Just be sure not to boil the miso unless you’re OK to lose the macrobiotic benefits. Bonnie advises that it’s best if you thin the miso out with a little of the broth before adding it to the pan – this avoids lumps.

Fan of fish? Miso makes a delicious marinade for cod. Or jazz up a fillet of salmon with a satay-like peanut butter and miso marinade with rice vinegar, soy sauce, ginger and garlic. 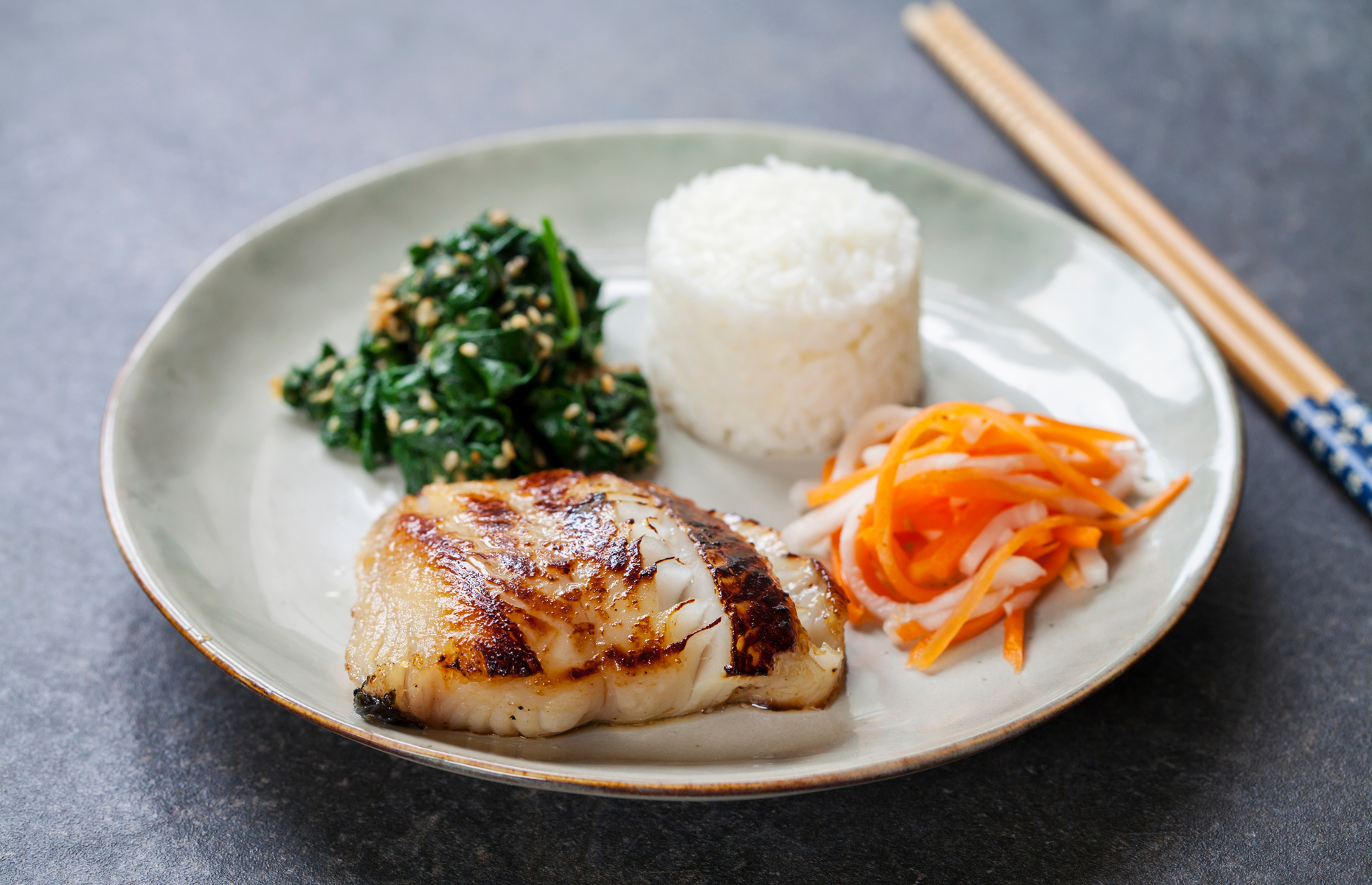 If you already know miso and cook with it regularly, try something a bit off-piste – adding it to desserts, for example. It deepens the flavour in salted caramel and is a great addition to homemade cookies or ice cream.